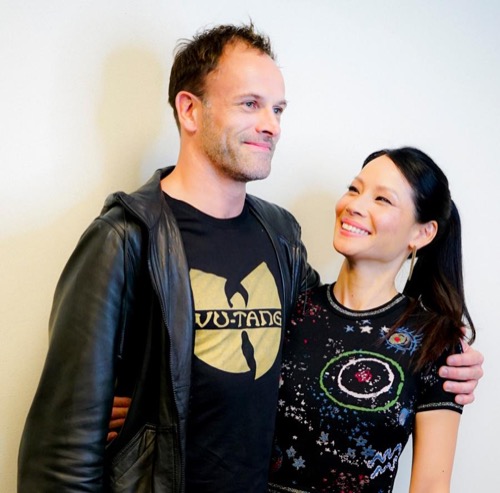 Tonight the CBS series Elementary airs with an all new Sunday, May 7, 2017, season 5 episode 22 and we have your Elementary recap below. On tonight’s episode called, “Moving Targets” as per the TV Guide synopsis, “A reality show contestant is murdered, and Holmes (Jonny Lee Miller) and Watson (Lucy Liu) zero in on another competitor as a suspect, a war criminal who may be the most skilled killer they have ever pursued..”

Sherlock and Watson meet with a couple and present the evidence they have against them. The wife immediately turns on the husband and admits everything. A woman goes into a dark warehouse with her gun drawn. She shoots a man but it is only a paintball gun. However, he turns around and kills her with his real gun. Sherlock, Watson and Marcus are called to the scene and Sherlock realizes she was wearing a body camera when she was killed. They also think she was a police officer. They are correct. She is chief Valsik. She was well liked in her community. Her colleagues thought she was in San Diego with her family for vacation but it turns out she sent her children to San Diego but she stayed home.

Watson meets with Shinwell but doesn’t tell Sherlock. He needs Watson’s help in taking down a leader in SBK. Marcus and Sherlock discovery that the chief was a contestant on a reality show and she was trying to win $1,000,000. She was doing well and had a good chance at winning. Sherlock wonders if one of the other contestants killed the chief. When Watson returns Sherlock asks how Shinwell is doing. He says she doesn’t need to lie to him.

Sherlock reviews footage from the show and thinks one of the contestants is a wanted killer from Uganda. It is very possible he killed the chief because she stumbled onto his true identity. The team tracks his cell phone. Watson meets with the detective working on the SBK case and gives him a tip based in what Shinwell told her. Sherlock uses footage from the reality show to catch the possible killer. He admits that he is the killer from Uganda but denies killing the chief.

The team knows that the strip club she went to is a front for the New Jersey mob and they find a picture of her leaving the club holding an envelope that is in the shape of cash. It is very possible she was involved in illegal activity that contributed to her death. The team interviews the manager of the club and he says the chief was working for him on the side providing security for his family. She also asked that he introduce her to his banker who helped launder his money. She wanted help looking into other police chiefs and sheriffs who were being paid bribes. Now they have their motive.

Sherlock warns Watson to be careful of Shinwell. He is certain he will hurt her in the end. Sherlock knows that while several people had a motive to kill the chief very few had an opportunity. The person paying the bribes is more likely to be the killer. There is a gun manufacturer who had several big contracts to sell guns to police and sheriff agencies. Sherlock believes the CEO was paying bribes to get the contracts. Sherlock goes to interveiw the CEO. Shinwell gives Watson his signed confession to killing Jamel. He asks that she keep it until he can bring down SBK then he will turn himself in.

The CEO admits to the bribes but he was already under arrest and has been working on a plea bargain. He had no reason to the kill the chief. His involvement was already known. Everything he says checks out but after reviewing all the players in the chief’s life Sherlock thinks he knows who her killer is. However, he has no evidence to prove it. He and Marcus will have to get to work. They believe that the killer is the doctor from Uganda after all. He was involved with the CEO and was selling illegal arms to the rebels in Uganda. If this information got out he would have bene sent back to Uganda and executed.

The team asks the producers of the reality show to help them catch the doctor. He agrees but says they should do it in the morning. The producer then goes out into the forest and digs up the gun. As he heads to his car he is arrested. The team had lied to him in hopes of catching him with the gun. They knew he would get the gun and try to plant it on the doctor. Sherlock had discovered that he was an ex-Texas ranger who advised that his team award a large gun contract to the CEO. He killed the chief to keep this information from becoming public. Watson goes to check on Shinwell and finds him dead.