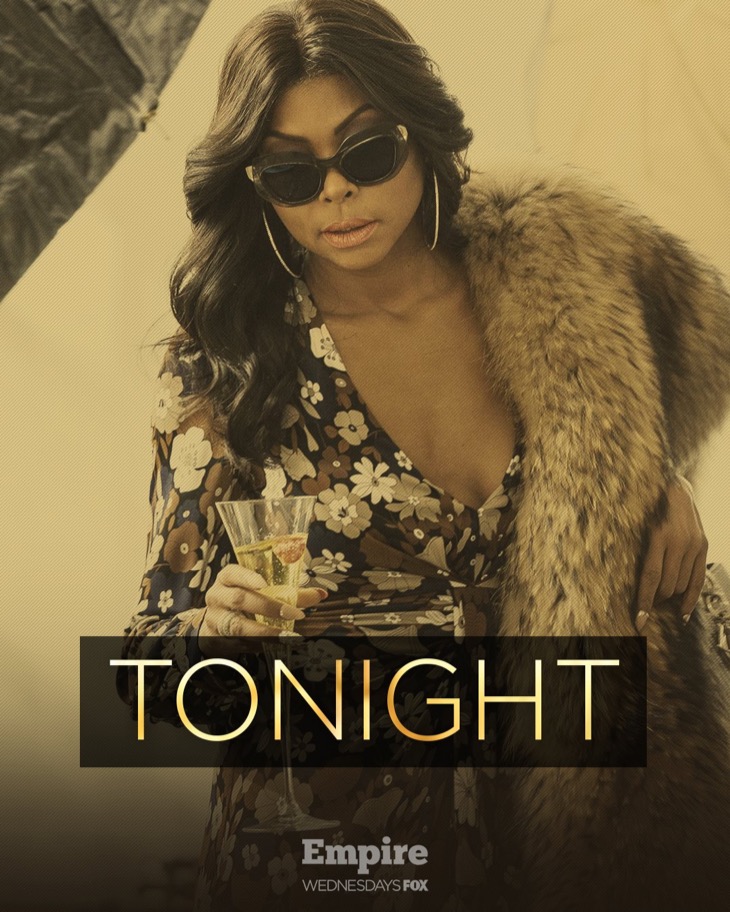 Tonight on FOX their blockbuster drama Empire airs with an all-new Wednesday, October 5, 2017, episode and we have your Empire recap below. On tonight’s Empire season 4 episode 2 “With Leah still insisting that he is a monster, Lucious sneaks away in hopes of finding out what type of person he was before the explosion. Cookie panics that Lucious has gone missing on Claudia’s watch, until she realizes he found his way to Uncle Eddie, a music icon who has since become family to the Lyons. ”

Lucious is in the tub soaking by candlelight. Someone comes in and tries to drown him. She pins him down underwater. He struggles. Claudia rushes in to the room and stops her from finishing the job. Hours later, Cookie comes home. She is moving back in. She needs to be there for her man, she tells Cookie.

Jamal, Becky, Tory and the others are eating and drinking. Becky wants the position at AR bad. Jamal tells her she will get it. Meanwhile, Andre just finished a business dinner. He heads up to the bar. An attractive woman next to him gives him the eye and an invitation to the bathroom. They kiss, but when things get hot and heavy, Andre couldn’t meet expectations. His new medication has messed with his performance abilities.

Lucious and Claudia are working with photos in the dining room. Cookie comes in. She wants to get breakfast. Claudia tells her that they are working, he cannot to anything else. Cookie leaves in a huff.

Anika’s lawyer tries to get her out, but the judge isn’t having it. Anika walks by Hakeem and tells him to get Cookie. She tells her to remember a date.

Cookie is waiting in the room for Anika. She comes in. Anika wants something from her. Cookie already gave her $25 million to keep her mouth shut.

Lucious and Claudia go to his favorite diner. He doesn’t remember it. Claudia tells him to relax. It will come back to him.

Becky gives Hakeem a pep talk in the studio. She knows he is going to hit it out of the park with his music. He wants to bring it more, add that extra edge.

Lucious tells Claudia he needs to go to the bathroom. Instead of making his way straight, he leaves the diner and gets into a cab. Claudia gets up to check on him. The owner of the diner tells him that Lucious left. He isn’t in the bathroom. Meanwhile, the cabi is telling Lucious how much he loves his work.

Lucious shows up at a wedding reception just in time for the toast. Cookie is angry at Claudia, who has arrived to tell her that Lucious has run off. Cookie wants to know what triggered him. Claudia recounts what they spoke about.

Becky comes into the studio. Jamal is in the studio rehearsing a whole new song. Becky gets angry. This isn’t what he is supposed to be working on.

Jamal tells her he can work on whatever he wants. Lucious is sitting at the wedding with Uncle Eddie.

Eddie reminisces with him over a fight they were in when they were younger. The story triggers something in him. He gets up and stumbles a bit.

Anika and her lawyer meet with the DA. They plead that he doesn’t bring her case to trial. There isn’t a jury that would convict her. It was self defense and they have the tapes to prove it.

Eddie plays the piano and sings while Lucious watches with a smile. Cookie comes in. They talk a bit before Claudia shows up. She tells Lucious it is time for dinner. He gets up and leaves. Cookie breaks down and tells Eddie about Lucious’ traumatic brain injury.

Becky plays Jamal’s original song for Tory, who loves it. Becky has added Tory’s vocals to it. Jamal comes in. He wants to know what is going on. Becky is just doing her job. He isn’t happy.

Cookie finds Leah going through her things. She tells Cookie she is looking for a gun. They need to get rif od Claudia. And she will just like she did when she killed Tareek. Cookie is in shock. Later, Leah comes in to find Lucious, Cookie, Claudia and a whole medical staff waiting for her. They want to send her to get help. She lunges at Claudia before calling Lucious a monster.

Andre visits the police with his attorney to talk about Juliana. When he arrives, the woman from the bar’s bathroom is there. Her name is Pamela. She is a detective. Andre pulls her aside and asks her is she was trying to set him up. She didn’t even know who he was.

Becky tells Cookie what she did with Jamal’s song. She is scared that Cookie will be angry. But Cookie is thrilled and gives Becky a title promotion and a raise.

Cookie holds a press conference. She promises the public 20 new albums. After the briefing, Andre tells her in private that she shouldn’t have done that. They don’t have the resources. She tells him they do and that is what Lucious would want.

Cookie works on the empire while Anika shows up on the front door of Hakeem’s home. She is free. Lucious wakes up to a thunder storm. He finds Claudia packing. She is leaving because there isn’t any trust between them. She can’t work like that. He confides in her that she makes him feel safe. He begs her to stay. She holds him.