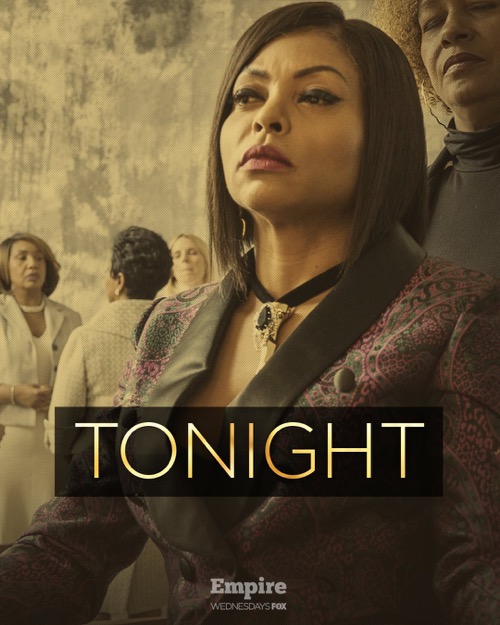 Tonight on FOX their blockbuster drama Empire airs with an all-new Wednesday, October 11, 2017, episode and we have your Empire recap below. On tonight’s Empire season 4 episode 3 “When Cookie is denied a line of credit, she flashes back to her years in prison and compares her past struggles to her life now. Lucious continues to struggle with demons of his own and begs his family to tell him about the ways he’s wronged them, but they are reluctant to tell him the truth.”

Lucious is working out on the treadmill when Cookie and the rest of the family comes in. They are all proud of his determination to get better. Claudia is gone for a short time and she has left an extensive list. They get to talking and Lucious brings up the past he doesn’t remember. He wants to know what he did to them. Cookie doesn’t want to rehash it as the boys start to bring up some violent highlights. Lucious mentions that Cookie was gone for 17 years and he wants to know why.

Cookie sits for her photo shoot. She recalls when she was in prison and had her mugshot taken.

Lucious sits down with Jamal at the piano. He wants to know about making music and recording after Jamal plays a song for him the two wrote together. He asks to go to the studio. Jamal is hesitant but agrees. Thirsty lets them quietly into the studio. Lucious takes note of Thirty’s attire, asking if he always dresses that way?! Always, Jamal tells him.

Becky is holding a meeting. Shyne comes in. Cookie has to go. She has an empire to run. Shyne follows behind her. He wants to cut a deal. They barter. Cookie agrees to 5 albums to be recorded in studio 3.

Andre meets the female detective outside the precinct on the street. He tells her that he isn’t a suspect and she should stop trying to get her coworkers to think he is. She accuses him of lying. He walks off.

Cookie and Andre meet with an executive at the bank. He cannot extend Empire a line of credit. Cookie is angry. She tells the executive that he already made up his mind before they even showed up. Empire has doubled their revenue. There is no reason to decline them. She bids him a good day, getting up and calling him a bitch under her breath. Andre follows behind her.

Jamal is showing Lucious what he built. Someone comes to meet Jamal. He gets rid of them quickly and returns to his dad, telling him all about the work they have done together. Shyne comes in, getting by the bodyguard.  Lucious has a lot of questions for Shyne. He wants to know why they never made music. Shyne tells him to focus on their future together. Shyne plays a track for them. It awakens something in Lucious. He gets upset, has flashbacks and runs off.

Andre arrives in his office to find the detective. He tells her that he doesn’t want to talk unless his attorney is present. She tells them that when they spoke earlier the thought of them getting caught made her hot.

Lucious and Jamal are talking. Jamal tells him how he dumped him in a trash can when he was 6 because he came downstairs wearing his mom’s heels. Lucious is upset. He acted like that? He apologizes to Jamal.

Cookie arrives at another photo shoot. The other ladies at the shoot are all gossiping about Empire’s failure to get a line of credit. Just when they are about to take picture, Cookie stands up. She doesn’t have time for drama, she tells them all. She has to go. She tells them about getting turned down. They all want to spot her a loan, invest in her. Diane changes her mind. She wants to put the hostility behind them and move on. Cookie is surprised but seems agreeable. After the shoot, Diane gets into her car sitting down next to her waiting cousin, the banker who turned Cookie down.

At home, Andre is still drinking. He heads out onto the balcony. He spots the detective across the way, starring at him through binoculars. He is annoyed at first but turns around and begins stripping down. She follows suit, undressing as well.
Jamal is home with Warren. They are about to eat dinner. Warren wants to know why he hasn’t met Lucious yet. He wants to know if Jamal doesn’t trust him. Jamal breaks down and tells him about Lucious and his brain injury.

Cookie comes home to find Lucious painting. He tells her that it relaxes him. She tells him that she was gone for 17 years because she was in prison and it was because of him. Lucious wants to hear about it. He wants to know everything.