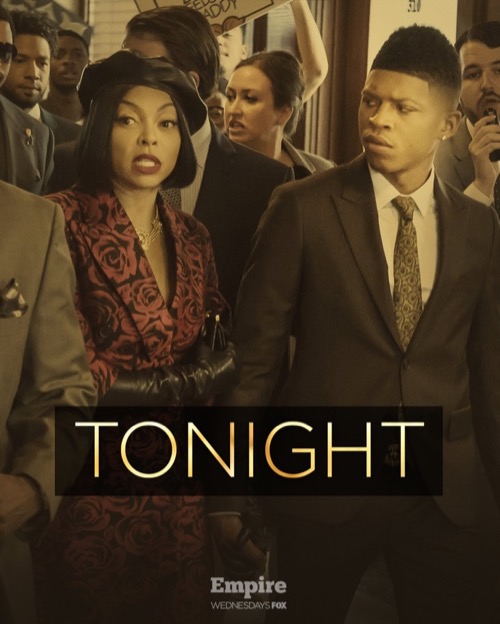 Tonight on FOX their blockbuster drama Empire airs with an all-new Wednesday, November 15, 2017, episode and we have your Empire recap below. On tonight’s Empire season 4 episode 6 “Fortune Be Not Crost,” as per the FOX synopsis, “The Lyon family stands together as Anika and Hakeem begin a custody battle for Bella. Although they’re confident in Hakeem’s ability as a father, no one is prepared for the revelations her team brings to the trial. Meanwhile, Claudia grows more possessive over Lucious, who has unlocked a new way to understand music through his paintings.”

Andre tells his therapist that he can’t stop thinking about Pamela. Getting involved with her is a bad idea given she is in law enforcement and his family doesn’t get along with the police well. Meanwhile, Hakeem and the family arrive at court to fight Anika for full custody. Cameras flash while reporters try to get them to talk.

During opening arguments, Angelo tells the court that Anika can offer Bella a stable home while Hakeem is a rap star who will only bring danger to his daughter. Murmurs break out throughout the court. Hakeem and Anika both take the stand, pointing out each other’s shortcomings as parents. Cookie is beside herself. The judge tells her to keep it together or she will have to leave.

Tiana takes the stand. Angelo attacks her, asking her about threesomes and drugs Hakeem use together. The judge demands he stop. He keeps going. The court is dismissed. Outside, Hakeem gets mad at Tiana. How could she become weak on the stand and let him down? She didn’t even fight. He could lose Bella. Tiana tells him he has lost his brain and walks off.

Andre calls a meeting. He introduces Becky to a friend and artist of Shyne’s, an ex-lover of her’s. Becky doesn’t care for him. Andre wants her to oversee his recording. In the studio, he and Becky spare back and forth. Shyne leaves the studio. The two taunt one another. They kiss.

Cookie takes the stand. She is asked about her past, her time in prison. She tells the court that she and Anika did always get along but they grew up. She stopped Anika from committing suicide once. The court takes a recess.

Lucious wants to take the stand. Cookie doesn’t think it is a good idea. Hakeem gives him the okay. Lucious gives a moving testimony, one that makes Angelo confused and stand-offish.

During recess, Hakeem fires his lawyer. He is going to do this on his own. They are all in shock. Hakeem doesn’t care. He calls Anika to the stand. He asks her a range of questions. She can’t answer most while she gets the other ones wrong. The court takes another recess.

Angelo’s mother Diane arrives at court. He would like to bring her to the stand. She tells the court that she visited with Hakeem and Bella every Tuesday. She recorded their visits. Hakeem tries to object, but the judge allows the videos to be played. In the videos, Hakeem bad mouths all of his family.

The judge calls them back in for her decision to be announced. Her verdict – Anika will be awarded full custody given the danger the Lyons pose. Anika is thrilled.

In the ladies room, Cookie calls Diane a bitch.

Becky’s ex-tells her he is happy about the other night. She tells him she is happy too, happy to have closure.

Diane, Angelo, Anika and the others celebrate with dinner. Andre’s therapist joins them!

Anika arrives at Hakeem’s to pick up Bella. He is emotional and sad to see her go.