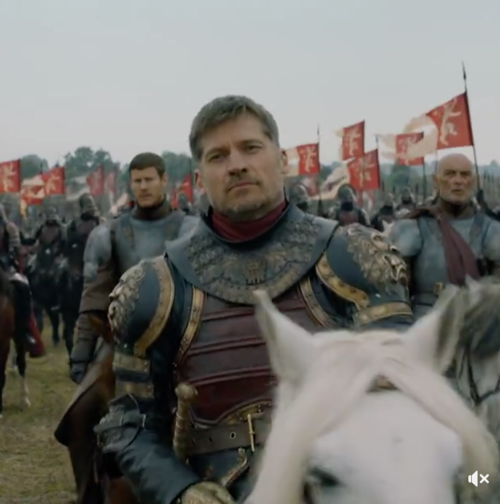 Tonight on HBO, Game of Thrones is back with an all-new Sunday, July 30 season 7 episode 3 called “The Queen’s Justice,” and we’ve got your Game of Thrones recap down below! On this evening’s episode as per the HBO synopsis, “Daenerys holds court; Cersei returns a gift; Jaime learns from his mistakes.”

Jon and his men arrive to meet Tyrion and the others. Missandei asks that, per the Queen, they hand over their weapons. Jon agrees. Tyrion asks Jon about Sansa and how Jon became King of the North. Jon wants to know how Tyrion developed a relationship with Daenerys. A dragon flies over head. They all duck for cover. Tyrion helps Jon up.

They enter the castle to meet Daenerys on the throne. She introduces herself. Davos introduces Jon as King in the North. Daenerys corrects Davos, calling Jon just a Lord. She asks if he is there to bend a knee. He says he will not. She will name him Warden of the North if he bends his knee. He needs to forgive her for the sins of her father. And she needs to forget the vows of his family, he tells. He is there to ask for her help. And she also needs his help. She is insulted. Jon tries to explain about the dead, that they need to work together to stop the army that could get over the wall.

Daenerys gives Jon a speech, she doesn’t believe in myths and legends she believes in herself. She was meant to rule the Seven Kingdoms. She refuses to drop her fight with Cersei over what Jon has to say. Davos steps in to help Jon. Lord Varys interrupts. He has grave news for Daenerys. She dismisses them all. Lord Varys informs her of the captured ships.

Meanwhile, Euron returns from the seas on horseback, leading Ellaria, Yara and the others through the square like cattle. The crowd chants “whore” at them while applauding. Euron brings the women to Cersei on her thrown in front of the people. He presents them as gifts, justice for her murdered daughter. Cersei appoints him naval commander for his success and for being a true friend to the crown. Euron whispers inappropriate things about Cersei to Jaime who is disgusted.

Cersei speaks to Ellaria as she is chained and gagged. She wants to know why Ellaria took her only daughter from her. It doesn’t matter now. Cersei admires Ellaria’s daughter chained across from her. She tells Ellaria that she lays awake at night, thinking of ways to kill her and her daughter. Cersei is going to poison her daughter. She is going to watch her rot in the cell.

Cersei enters her chambers and kisses Jaime. He yells her no, but lets her do it anyways. They fall asleep together. She wakes to him starring at her. She gets up to answer the door. The visitors from Braavos has arrived. She sits for her meeting to hear that her vaults are empty. He reminds her that Daenerys has 3 dragons and she has wooden ships. She promises if he gives her a fortnight and stays as her guest her debt will be paid in full.

Tyrion sees Jon brooding by the sea. Tyrion is upset over the Greyjoy attacks. Jon is mad because they took his ship. He is a prisoner. Tyrion tells Jon he believes that he is telling the truth about the white walkers. Jon wants to leave. Tyrion can’t believe he is giving up this easy. Tyrion tells Jon that he should talk to people that know the Mad King’s daughter. Jon has more in common than he thinks. Tyrion asks Jon of he has a different request.

Tyrion goes to Daenerys. Jon wants Dragon glass. She wants to know what that is and why he wants it. Tyrion explains that she doesn’t even know what it is so why not give it to him, let him mine it and keep him busy.

Jon goes to see Daenerys to talk. She will allow him to mine the dragon glass. He thanks her. When he asks her if she believes him .she tells him to get to work.

Back at home, Sansa is worried about food and of they have enough. She wants to start building up their grain stores. She also questions why they aren’t covering their breast plates with leather. Littlefinger calls her talented at command. He talks to her while they walk. He tells her that if she sees everyone as her enemy there won’t be any surprises. She is called to the gate. It is Bran and Meera. Sansa cries and hugs him.

Sansa and Bran sit out in the woods, talking about him being Lord of Winterfell. He tells her he is the Three Eyed Raven. He explains that he can see what is happening to everyone, but in pieces. He needs to learn how to see well. He tells her that he is sorry for all that has happened to her.

Jorah is being examined by the Archmaester. His infection no longer seems to be active. Jorah says that he just started feeling better. He if free to go. Tarley asks Jorah where he will go. He will return back to Daenerys. He owes her. And he owes Tarley. Tarley reminds him that his father saved him plenty. They shake goodbye.

Tarley is called in for treating Jorah. He is asked how he did it. The Archmaester tells him he should be proud. He gives him his next job.

Daenerys tells her people that they need to find Euron and his ships. She wants to know about Casterly Rock. Tyrion warns her that Cersei know they are coming. She will be ready. But he knows a way in through the sewers, where he spent a lot of time when he was younger. As Tyrion speaks, Grey Worm and his men hunt for the Lannisters after attacking the castle. Jaime meets with Lady Olenna Tyrell, sharing that he took his real army with him and left Casterly Rock. Euron burned their ships. They speak of Cersei. Lady Olenna Tyrell thinks she is horrible and she will bring Jaime down. Jaime has talked Cersei out of dragging Lady Olenna Tyrell through the streets. Instead Jaime will give her poison. She takes it and right after explains that she watched their son die. She gave him poison and watched him die a horrible death. She wants Jaimie to tell Cersei that. He listens and heads on his way without flinching.