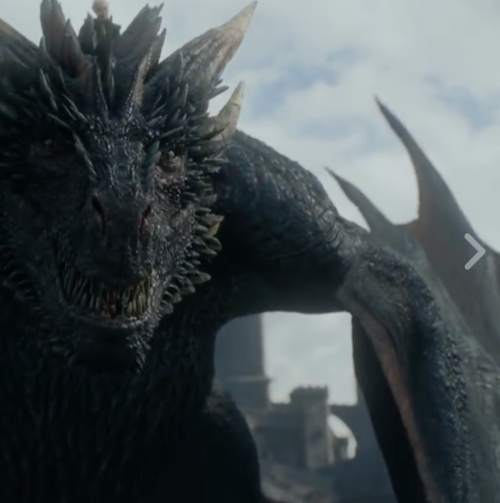 Tonight on HBO, Game of Thrones is back with an all-new Sunday, August 13, season 7 episode 5 called “Eastwatch,” and we’ve got your Game of Thrones recap down below! On this evening’s episode as per the HBO synopsis, “Daenerys demands loyalty from the surviving Lannister soldiers; Jon heeds Bran’s warning about White Walkers on the move; Cersei vows to vanquish anyone or anything that stands in her way.”

Bronn and Jaime pop up from the water gasping for air. They lay on the ground, looking at one another. Bronn asks him what the hell he was doing back there. Bronn tells him that he doesn’t get to die until he gets his money. Jaime needs to tell Cersei about the dragons. It is going to be a fight with Daenerys.

Tyrion walks the grounds of the battle taking stock. Soldiers gather around at the base of the dragon and Daenerys, who addresses the men. She is not here to murder. She offers a choice. Bend the knee and join me to make the world better or refuse and die. The dragon screeches. A majority drop down. Lord Randyll Tarly steps forward. He will not trade his honor for his life.

Daenerys is not his queen. Dickon Tarly also refuses to bend the knee. Tyrion talks to Daenerys
on the side – put them in cells and they will change their mind. Don’t kill them yet. Daenerys met what she said. She commands the dragon to breathe fire on the two.

Jaime reports to Cersei in her chambers. She wants to know hoe many men are dead. Jaime is not done counting. He just saw the dragon fight.

They will not survive. Cersei wants to know what they can do. Maybe they can have Tyrion intercede. Jaime tells her that Lady Tyrell was the one who killed their son. Cersei knows what she wants to do – fight and die, not submit.

Daenerys returns home with her dragon. She lands him outside the castle in front of Jon. He is scared but carefully extends his hand to touch the dragon who always him to. Daenerys watches in surprise. She gets off the dragon and he flies away. She tells Jon that she has fewer enemies now than yesterday. They are interrupted by the soldiers, who have brought Jorah to see Daenerys. She is happy to see him. He would like to return to her service. It would be her honor. Jon watches on in curiosity.

Bran is having a vision by the tree. Ravens are flying in a group over the dead over the wall. He wants to send ravens. Meanwhile, the Maesters are talking about Bran, a boy who wants to send ravens. They chuckle. Samwell overhears and tells them about Bran and how he has survived outside of the wall. He pleads with them. It is real. He has seen it.

Jon is speaking with Daenerys, Tyrion, Davos and the others. He informs them that his brother and sister are alive. They discuss what they need to do about Cersei. She doesn’t believe them when it comes to the dead. They decide they will bring one to see her. Jon wants to lead the charge. Davos tells him, no, but he is determined to go himself.

The people of the north are upset. They want to know where their king is and they don’t want to follow
the command of Sansa. She leaves the room with Arya, who is mad that Sansa let them speak ill of Jon. Sansa explains that she cannot just cut off their heads, she needs to get them to work with her. And if Jon
doesn’t come back, Arya asks.

Jaime and Bronn come face to face with Tyrion. Bronn leaves. Tyrion explains that he needed to see him. They need to talk. Tyrion warns him that Daenerys will win this war. She is not her father. She has a request.

Davos finds Gendry. He is ready to leave, no questions asked. He hates making weapons for the family that killed his father.

They wait at the boat for Tyrion. Two soldiers spot them. Davos pays them with gold and fermented crab. Tyrion shows up. They recognize the dwarf. Davos tries to pay them off. It’s not enough. Gentry kills them with his homemade weapon.

Jaime goes to see Cersei. She wants to know what Tyrion wants. Jaime tells her. Daenerys wants to meet and call a truce.

They need to focus on the dead. Cersei thinks that it is in their best interest to meet her too. Jaime hugs her and she warns that he should never betray her again.

Davos and Gentry meet with Jon. Gentry tells him who he is against Davos’ advisement. Jon and Gentry talk about their fathers.

Jorah and the others fill the boats to leave on their trip to see the dead. They are ready to go. Daenerys says goodbye to them.

She tells Jon that she has grown used to him. Samwell tries to work. He is angry he must record unnecessary information when the solution to saving themselves from the dead is probably sitting on a dusty shelf. Angry, he heads to the forbidden area of the library, taking books and loading it in his carriage with his family. He is ready to leave. He is tired of being a Maester.

Arya witnesses Littlefinger giving a young woman something. She disappears before he spots her. After, she watches him from a far. He talks to someone about a copy of a document, the only copy in Winterfell. He thanks the man, falsely on behalf of Lady Stark. He leaves his room. Arya breaks in and looks for the item. She finds a scroll in the side of his matress. She leaves the room. Littlefinger is hiding in the shadows, watching her.

Tormund meets with Jon and the others. He thinks they are crazy for wanting to go over the wall. He asks Jon if he really wants to go out there again. Tormund has some men. He brings them to see the Hound and the others in a cell. They also discuss the greater purpose. Jon opens the cell and lets them out. The gates open and they all leave together to go over the wall.

The gates open and they all leave together to go over the wall.