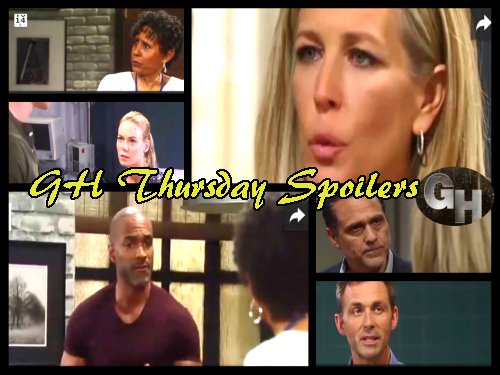 General Hospital (GH) spoilers for Thursday, June 8 reveal that Kiki Jerome (Hayley Erin) is having a bad day. Since she’s working at GH now, it looks like Ava Jerome (Maura West) might be on her work schedule and Kiki can’t handle it. Dillon Quartermaine (Robert Palmer Watkins) tries to comfort her but Kiki lashes out and wants him to go away.

Lucky for Kiki, Dillon won’t do that. He tells Kiki that he won’t step back from her when she needs him most. Kiki’s guilt over Ava’s involvement with Morgan Corinthos’ (Bryan Craig) death is eating away at her. It’s also bothering Sonny Corinthos (Maurice Benard) and Carly Corinthos (Laura Wright). Carly and Sonny discuss Nelle Hayes Benson (Chloe Lanier).

Nelle can place Ava at the scene of the crime in Morgan’s bedroom near his pill bottles but Carly wonders if Nelle would help them. Over at GH, it looks like Nelle has recovered enough to check out. Michael Quartermaine (Chad Duell) is there which Bobbie Spencer (Jacklyn Zeman) won’t like. Michael opens up to Nelle about his anger at Ava. 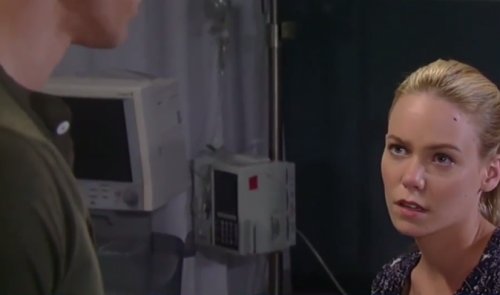 Michael confides in Nelle that he doesn’t want Ava to suffer because of her injuries, but he definitely wants her to pay for her role in his brother’s death. Michael and Nelle’s bond grows deeper when he shares his feelings. Will Michael take Nelle home to the Q mansion to recuperate since she’s not at 100%? Carly reaches out to Nelle to see if her adoptive sister will help.

Carly has been repeatedly nasty to Nelle but it’s obvious Nelle wants to make amends to Carly, so it’s very likely she’ll hear Carly out. Plus, Nelle made a commitment to honesty so telling the cops about finding Ava in Morgan’s room is the least she can do. GH spoilers indicate Nelle will serve as Carly’s ally in this matter but once Carly finds out she’s back with Michael, things explode.

Curtis Ashford (Donnell Turner) and his Aunt Stella (Vernee Watson) have a heated discussion about Jordan Ashford (Vinessa Antoine). Stella is not a fan of Jordan and makes some accusations. Curtis defends his lady, but Aunt Stella ain’t having it. Imagine the bombshell when Curtis reveals he’s dating Jordan. Stella will lose it. 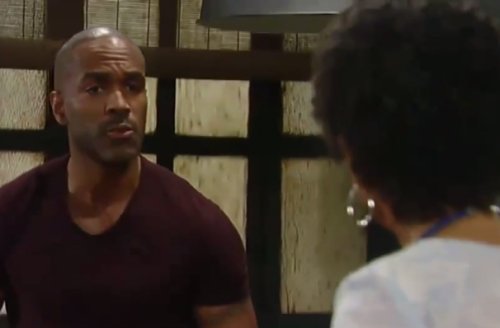 Meanwhile, Jordan meets up with TJ Ashford (Tequan Richmond) for a talk at Perks. Jordan tells TJ that she and his Uncle Curtis are officially a couple. TJ is concerned, but it seems like he should be worried about Curtis more than Jordan since she’s a serial cheater who never can keep a man because of her terrible behavior.

Alex Devane Marick (Finola Hughes) is on the loose and shows up at the PCPD to see Valentin Cassadine (James Patrick Stuart). Valentin assumes it’s Anna and tells her she must be pleased with herself. Meanwhile, Anna gets some upsetting news that shakes her up. Anna doesn’t really want Valentin to go down for his crime and she knows his life is about to be ruined again.

There is lots of action in Port Charles on Thursday, June 8. Share your comments below on these spoilers and tune into CDL often for the latest General Hospital spoilers, news and updates.