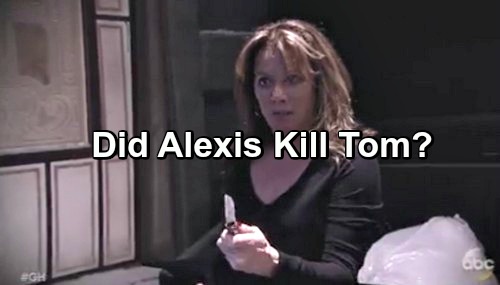 General Hospital (GH) spoilers reveal that Alexis Davis’ (Nancy Lee Grahn) latest blackout was a real killer! Alexis has a drinking problem and like all problem drinkers she hasn’t grasped that booze is her frenemy; when Alexis has trouble she drinks and when she drinks her troubles get bigger.

Right now she’s in the grip of a major bender because of her husband Julian (William DeVry). First he tried to slit her throat with a really sharp knife. That exacerbated her drinking problem (who woulda thunk!) which led to her committing DUI all over his worthless Italian-suited body. 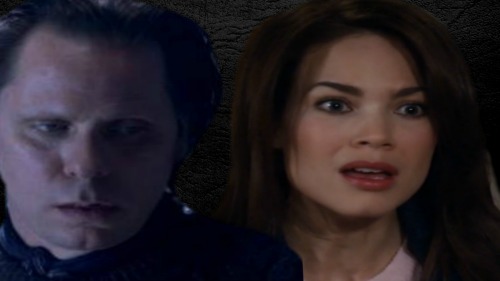 Now Julian’s blackmailing her in exchange for his silence and in return she’s hitting the bars big time. This week she was horrified to realize (belatedly) that she was barflying it with a really bad man the night he was murdered. Uh-oh.

But her flashbacks are full of holes, just like dead Tom Baker the rapist who was stabbed to death in an alley by an unknown assailant. Did Alexis mutilate and kill the scourge of Port Charles’ womenfolk that night?

She could have if a wild new video spoiler directly from General Hospital is leading us in the right direction! Alexis is seen wielding a hefty knife and declaring, “you messed with the wrong woman!” But is Alexis actually referring to another woman, someone she happened upon in the alley the night of her daughter Sam’s (Kelly Monaco) baby shower? 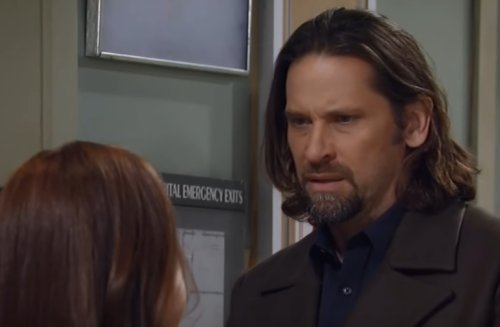 Could Alexis have encountered Tom Baker ready to attack an innocent in the alley, and jumped to her defense? If so, why wouldn’t this woman have come forward? Clearly, Tom was the criminal not her! Unless of course, she also was engaging in criminal activity. If the woman Tom was about to attack was a prostitute this would explain her reluctance to come forward.

And that is going to cause major complications for Alexis once she regains her memory. How likely are the police to believe her story about killing Tom in defense of another victim, when no victim turns up to alibi her?

And further complicating Alexis’ already profoundly muddled life is a spoiler that claims the bartender who clued her in about being with Tom the night of the murder will tease that he has further knowledge of the events of that evening.