General Hospital Spoilers: Alexis Turns to Alcohol Once Again – Falls Off The Wagon Due To Liv? 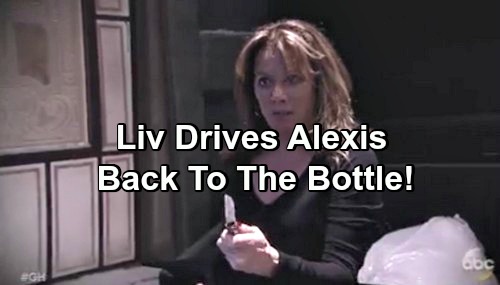 General Hospital (GH) spoilers ask if Alexis will fall off the wagon as a consequence of the evil Liv has done. Poor Alexis [Nancy Lee Grahn]. Struggling to say sober, she learns that her AA sponsor is none other than the evil Olivia Jerome [Tonja Walker], who undoubtedly made her acquaintance and became her sponsor on purpose.

Julian Jerome [William DeVry] is chained to a radiator, kept captive by Olivia. She may kill him. Though Alexis is finished with Julian, deep down, she still has feelings for him, though she may not admit it, and would never want to see him dead. 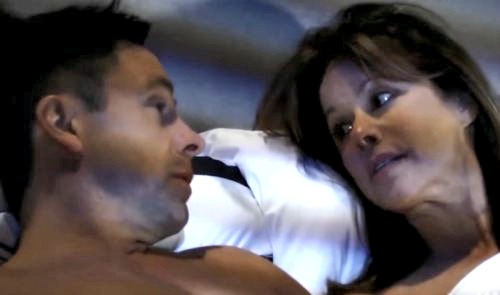 Her daughter Sam [Kelly Monaco] just fell off a cliff and delivered a baby. Now Jason [Billy Miller] is carrying both mother and child to the hospital. Alexis right now does not know any of this. But she does know her daughter is in danger. An alcoholic could not ask for more reasons to start drinking again.

The question is, will Alexis give in to her addiction? If Alexis had a real sponsor instead of a snake, she could make it through with the help of her meetings and her sponsor. Now that she realizes the sponsorship has been a hoax, will she give up on the meetings, too? 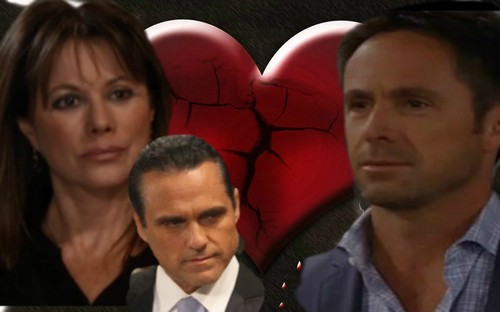 Before she takes that first drink, Alexis needs to think about what she went through when she was drinking — the hiding, the belief that she killed Tom Baker [Don Harvey], hitting Julian with her car, the hangovers — and think about her family. Kristina [Lexi Ainsworth], Molly [Haley Pullos] and Sam are all pulling for her to stay sober and strong. In one way or another, they all need her.

And now, Alexis is a grandmother to baby Scout! Hopefully the baby will make it. This should go a long way toward keeping Alexis sober. 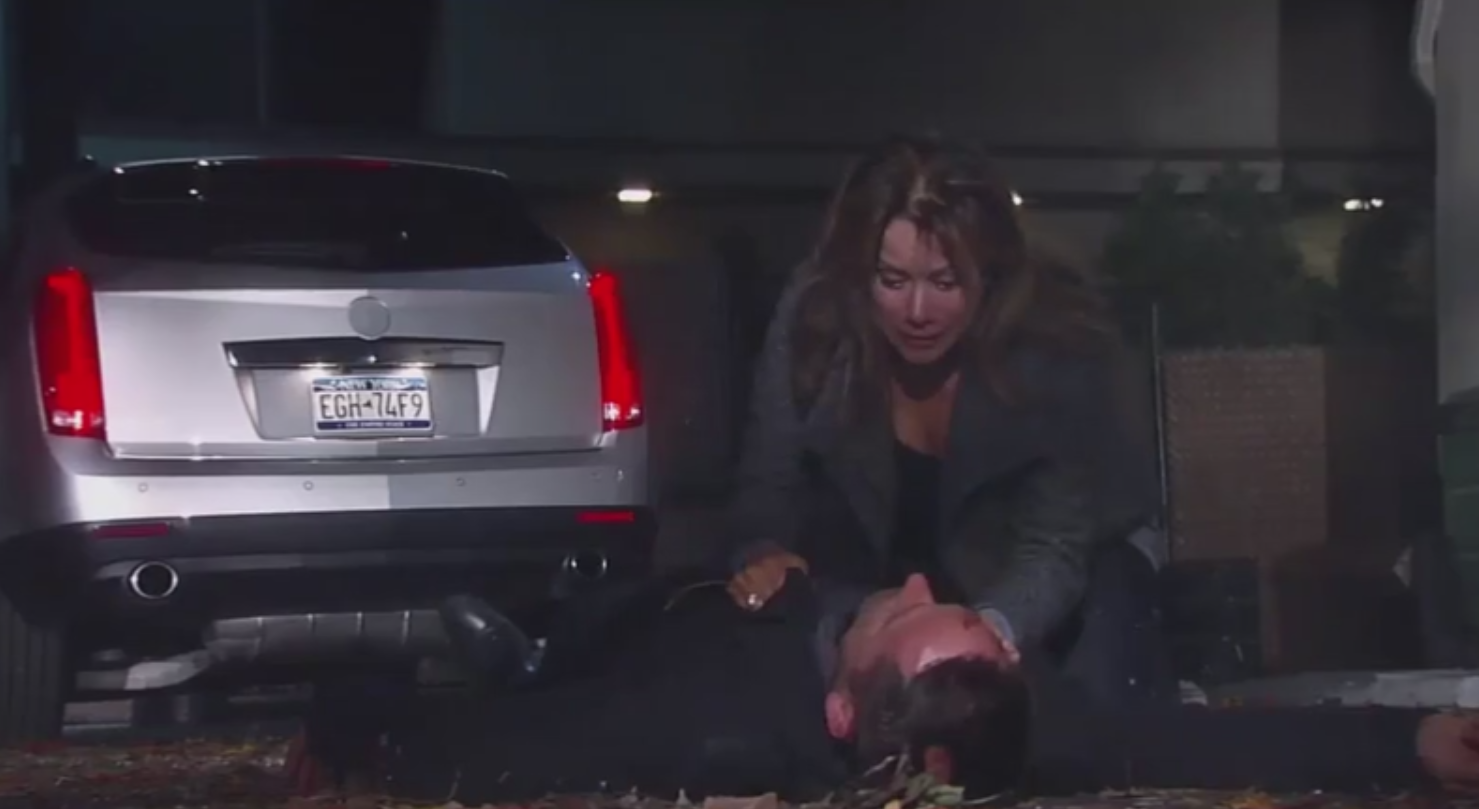 Then there is Alexis’ law practice. Diane Miller [Carolyn Hennesy] has been working with her dear friend to help her regain her license to practice. Now there is an excellent attorney coming to Port Charles to help someone who is in trouble. In Port Charles, that could be anyone. This just goes to show that Port Charles needs Alexis and her legal expertise! Regaining her license is a big incentive for Alexis to stay sober.

As Nancy Lee Grahn herself said about eight months ago, “Alexis could use a break.” She didn’t know what Alexis what was in her character’s future. What would she say now? Alexis not only needs a break, she needs a long vacation! What do you think? Is Alexis on the verge of losing her sobriety? Come back to CDL for all your General Hospital spoilers, updates and news!