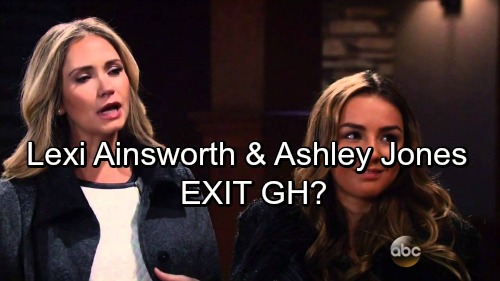 General Hospital (GH) spoilers tease that the future is uncertain for two ABC soap stars with reports on he net saying that Lexi Ainsworth and Ashley Jones are out at GH. Wednesday’s episode brought a whirlwind of crazy life changes for Parker (Ashley Jones) and Kristina (Lexi Ainsworth). First, Parker was fired for the kiss they shared before Kristina dropped out of school.

The second shocker came when Parker announced she was moving to Oregon and Lexi promised to come with her. GH viewers were stunned by the abrupt shift in this storyline. Alexis (Nancy Lee Grahn) is still reeling as well. Is this how General Hospital will wrap up the plot? Are Kristina and Parker truly headed off canvas?

Let’s look at what we know so far. Although this was pretty rushed, it makes sense as an exit for the duo. GH doesn’t seem to want Parker as a long-term character, so she may have been brought in with a goal in mind. There had been buzz floating around about a possible recast for Kristina since she’s been busy with side projects. Perhaps the show opted to bring Parker back and write Kristina out instead. 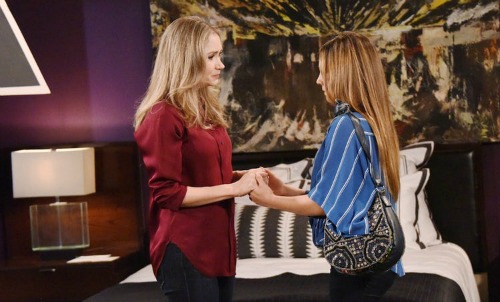 General Hospital spoilers indicate that the double Jason drama is about to heat up, so there’ll be even less time for the secondary stories. They’ve barely been able to squeeze Parker and Kristina in as it is, so no one would be surprised if they disappeared for now.

Of course, the show could always bring one or both back down the road. Parker and Kristina could return as a happy couple someday or Kristina could return brokenhearted. Either way, an Oregon move would close one chapter and leave the door open for more. It’s definitely an unexpected twist!

Did this love story just take a blissful exit ramp? If Parker and Kristina are indeed gone, will you miss them? Which characters do you want to see featured most on General Hospital? We’ll give you updates as other GH news comes in. Stay tuned to the ABC soap and don’t forget to check CDL often for the latest General Hospital spoilers, updates and news.

Excited to be a part of @majorcrimestv for a few episodes it’s been such a fun experience.… https://t.co/DhuodjP4jk