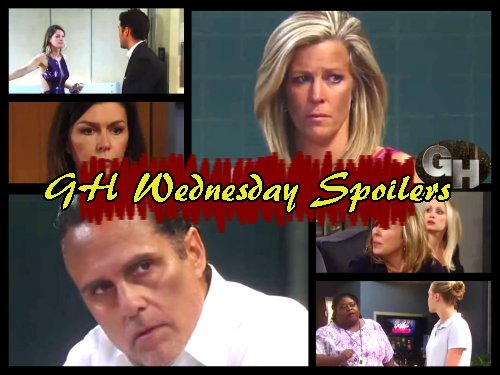 General Hospital (GH) spoilers for Wednesday, May 31 reveal that Dante Falconeri (Dominic Zamprogna) hauls Carly Corinthos (Laura Wright) and Sonny Corinthos (Maurice Benard) down to the PCPD to grill them about what happened at the warehouse. Sonny begins to wonder if he should have done things differently and it’s about more than just the fire.

Sonny regrets calling immigration on Jasper “Jax” Jacks (Ingo Rademacher) and having him deported. He also regrets getting in Carly’s face about sleeping with her lawyer Martina Morales (Daya Vaidya) who thankfully is out of Port Charles and is no longer an obstacle. Sonny wants to protect Carly, but that might not improve her opinion of her soon-to-be ex-husband.

Dante’s partner Nathan West (Ryan Paevey) also has questions for someone about the night’s events. Nathan wants to ask Nina Clay Cassadine (Michelle Stafford) about Valentin Cassadine (James Patrick Stuart), the Chimera, and his shooting. Will Nina tell Nathan any of the secrets that Valentin confided in her? It doesn’t seem likely. General Hospital spoilers say Nina will have to choose sides. 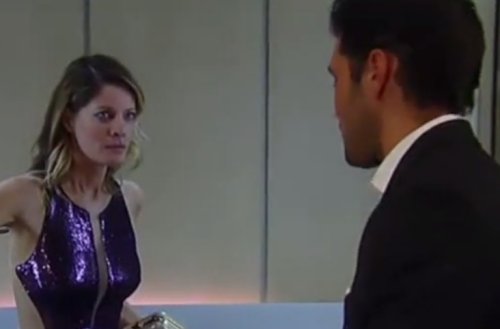 Upstairs at the MetroCourt, Jordan Ashford (Vinessa Antoine) is blissfully unaware of the police activities going on downstairs because she’s in bed with Curtis Ashford (Donnell Turner). Curtis wants to know if it was good for her too but will Jordan be distracted by her ringing phone to call her to the PCPD? Curtis takes the high road and it doesn’t seem like Jordan is worthy of him.

Anna Devane (Finola Hughes) handed the Chimera canister off to someone who claims to be from the WSB, but was the guy really one of Robert Scorpio’s (Tristan Rogers) or is it the third party that wants the Chimera and tried to steal it from Valentin by holding Nina hostage? General Hospital spoilers tease that Valentin trusted Anna with the Chimera and put Nina at risk to let her keep it, but Anna screwed up.

Anna shows up at Lulu Spencer’s (Emme Rylan) place in the aftermath of the Chimera near-disaster and Laura Spencer (Genie Francis) wants to know how Valentin was involved. Will Anna reveal his role or protect him since she sort of owes him after blowing up his life along with her wicked twin Alex Devane Marick (Finola Hughes) years ago in their twisted past? 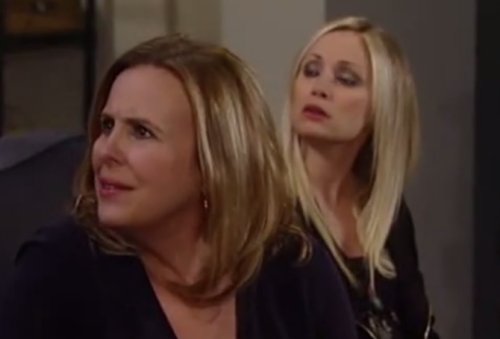 Jake Webber (Hudson West) is still at the hospital and Franco (Roger Howarth) and Liz Webber (Rebecca Herbst) are there waiting. That puts Franco in a good position to support Kiki Jerome (Hayley Erin) when she gets some really bad news. Kiki is chatting with Dillon Quartermaine (Robert Palmer Watkins) when Epiphany Johnson (Sonya Eddy) comes to find her.

Epiphany has to tell Kiki that her mom Ava Jerome (Maura West) is at General Hospital and has been burned horribly. Ava is in critical condition and Griffin Munro (Matt Cohen) will be the one to bring her back from the brink. This is the start of a new romance for Griffin and Ava that will rise from the ashes of her burns. But how will Kiki react when she find out what her mom did to Morgan?

Valentin is also in bad shape at GH and needs surgery stat. Is Port Charles about to lose the best new character it’s had in years? Share your comments below on these spoilers for Wednesday, May 31 and tune into CDL often for the latest General Hospital spoilers, news and updates.