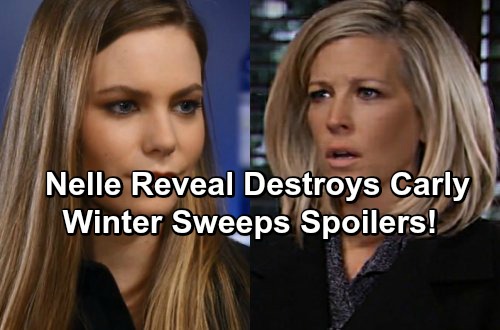 General Hospital (GH) spoilers reveal that Bobbie Spencer (Jacklyn Zeman) will uncover Nelle Hayes’ (Chloe Lanier) dirty secrets and expose her revenge agenda to the Corinthos clan during February sweeps. Most shocked of all will be Carly Corinthos (Laura Wright) when her ties to Nelle are exposed.

Bobbie had a bad feeling ever since Nelle showed up in Port Charles. Nelle came to town to check out Carly then launched her plan to wreck her life. Bobbie was targeted by Carly for revenge back in the day, so maybe it’s a sense of déja vu that has her worried – and she should be.

Nelle made a critical error when she lost control, got in Bobbie’s face and slammed her for being a hooker years ago. That’s not something people talk about and now Bobbie knows Nelle did her homework on their family and that’s suspicious. Bobbie takes action soon. 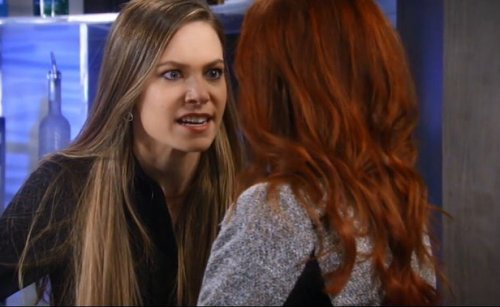 Bobbie goes to an old friend and hires them to look into Nelle’s past and what they find is astonishing. Bobbie will discover Nelle’s connection to Carly – it’s a family link – and why she’s really in Port Charles. Nelle has been playing Carly and everyone else for a fool.

What will also come out is the night Sonny Corinthos (Maurice Benard) spent with Nelle. Remember Nelle recorded Sonny on her phone to use against him later. Those recordings may expose her scams when they’re found.

Bobbie won’t be too surprised that Nelle got Sonny into bed. We all know Sonny cheated on every woman he’s been with, but Nelle is not his type. Carly may be the one to discover the cheating since she decides soon to pry into Nelle’s life. 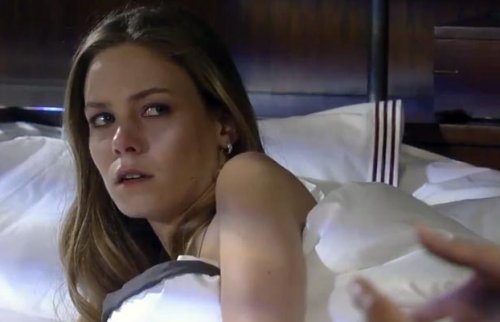 Carly wonders about the man Nelle told her she was seeing and since Carly suspects he’s married, she’s insatiably curious to find out who this guy is. Carly will be floored when she finds out it’s Sonny! But how will Carly find out?

Nelle’s recording of Sonny saying it was his fault they slept together is the big one. Nelle may leave her phone lying around and Carly can find the messages. Carly trusts Nelle totally and has let the girl into every aspect of her life so this violation is immense.

Carly just decided to reconcile with Sonny and thinks they’re going to get their happily ever after. But then the betrayal comes out. Bobbie discovers Nelle’s twisted past and plans for revenge just as Carly discovers the cheating and everything blows up. 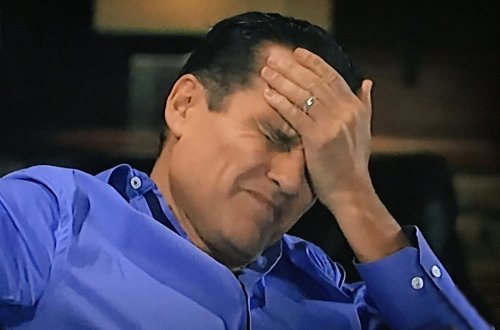 Nelle is rethinking her revenge because she cares about Michael Quartermaine (Chad Duell) but just as she’s ready to call it off, it explodes right in her face. Bobbie will tell Carly what she found and Carly will confront Nelle and Sonny.

Carly will be angry at Nelle and furious at Sonny. Their happy ending is dead and Carly will walk away from Sonny. When she leaves, it seems like divorce number four is inevitable – can CarSon be saved? Has Nelle broken them for good?

Share your comments below and tune into CDL often for General Hospital spoilers and updates.