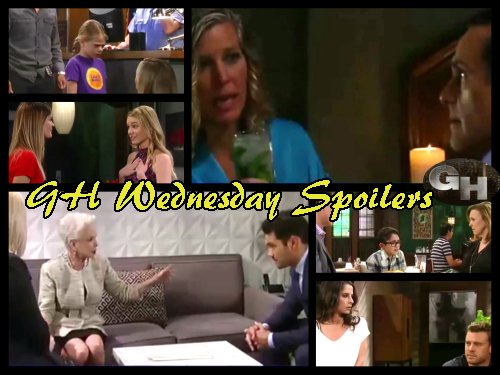 General Hospital (GH) spoilers for Wednesday, June 21 reveal that before Jason Morgan (Billy Miller) and Sam Morgan (Kelly Monaco) can decide what to do with the info on the Garvey threat, they get a surprise visitor. Michael Quartermaine (Chad Duell) comes by to invite Jason to rejoin the family business at ELQ. Remember, back when he was Jake Doe, he ran security. Now Michael wants him back.

Sam is thrilled. She wants Jason safely at a corporate job instead of running around fighting danger. Too bad Jason doesn’t want to do what his wife wants. No sooner than Michael leaves, it looks like Jason will run off and head to Puerto Rico to warn Sonny Corinthos (Maurice Benard) since Sonny isn’t answering his phone. Will Jason make it to Sonny before gangster Garvey gets there?

Lulu Spencer (Emme Rylan) surprises Dante Falconeri (Dominic Zamprogna) when she stops by the PCPD with Charlotte Cassadine (Scarlett Fernandez). Charlotte learns that her dad Valentin Cassadine (James Patrick Stuart) was also at the cop shop and asks Lulu why her Papa was there since he’s not a policeman. Will Lulu break the tough news to her daughter that Valentin was arrested? 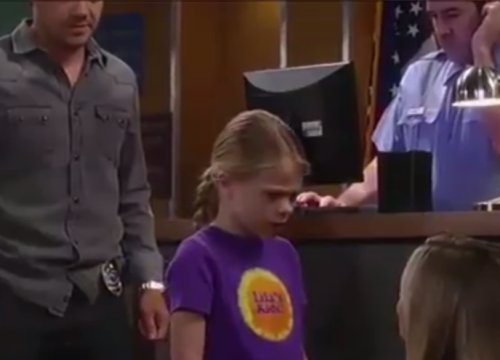 Nelle Hayes (Chloe Lanier) seems to have lucked out with the cushy job offer from Nina Clay (Michelle Stafford) to run the Crimson office. But now Nelle offers Nina some advice to return the favor. Nelle advises Nina not to step totally out of Charlotte’s life even though a clean break is probably best for Nina who got overly attached to the kid.

At Kelly’s, Spencer Cassadine (Nicolas Bechtel) tells his grandma and Kevin Collins (Jon Lindstrom) that he wants his family legacy back. When Spencer learns that Valentin was arrested and is heading for a long prison term, Spencer asks Laura Spencer (Genie Francis) what will happen to Wyndemere. Laura doesn’t know. Since it was all signed over to Valentin, that means Charlotte might be the heir to the kingdom.

At the Man Landers book meeting, Quinn Danvers (Jennifer Bassey) isn’t pleased when Nathan West (Ryan Paevey) pushes back on the subject of his photo being on the book jacket. Quinn thinks it’s critical that his handsome face is shown prominently but Nathan doesn’t want his cop career to overlap with this relationship advice project. Can Amy Driscoll (Risa Dorken) save the deal? 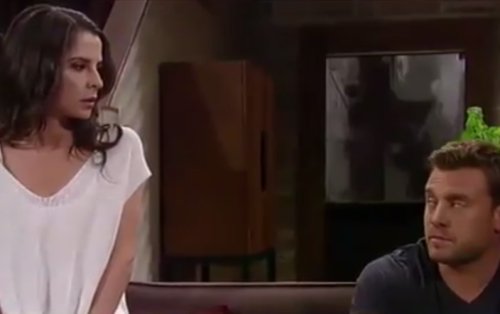 Down in Puerto Rico, something is up. Carly Corinthos (Laura Wright) and Sonny enjoy a nice evening at the beach. Sonny has romance on his mind and lets his guard down since they’re far from home. But it’s the wrong time for Sonny to relax. It looks like Garvey is in Puerto Rico and ready for revenge. They hear a noise and asks what that was.

A new GH promo video shows Carly opens the door at the villa and finds Garvey there and a gun in her face. There’s intense mob action coming the rest of the week. Share your comments on these spoilers for Wednesday, June 21 and tune into CDL often for the latest General Hospital spoilers, news and updates.