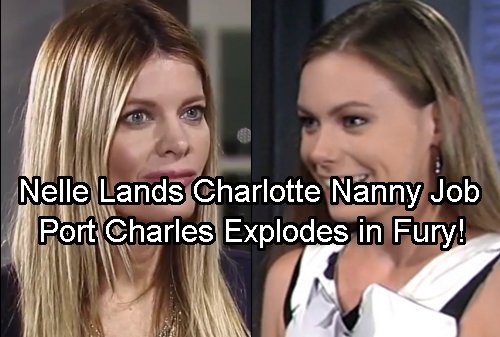 General Hospital spoilers indicate that Nina Cassadine (Michelle Stafford) will hire Nelle Hayes (Chloe Lanier) on new GH episodes this week (March 20-24) and that won’t go over well with lots of people in Port Charles. Nina wants to know why Nelle isn’t working for Carly Corinthos (Laura Wright) anymore and there is lots of shocking truth there to tell, but Nelle might not spill her guts.

Even if Nelle does tell the whole truth about her plot to mess up Carly’s life, it’s not like Nina has any room to judge. She drugged Ava Jerome (Maura West), forced her into labor, and stole her baby. That’s one of the great things about Nina – she’s not a judgmental gal. That’s why she easily accepted former serial killer Franco (Roger Howarth) as a BF.

General Hospital spoilers say that’s also why Valentin Cassadine (James Patrick Stuart) was able to win over Nina as his wife. She is pretty cool about looking beyond past mistakes and seeing the potential good in people. When it comes to Nelle, what Nina sees is that she was patient and kind to Charlotte Cassadine (Scarlett Fernandez) and needs a job. Nina also feels sorry for Nelle because her kidney was stolen. 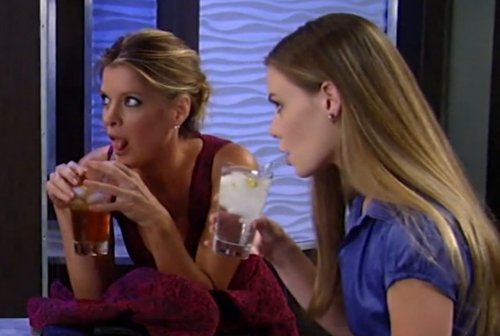 It only seems natural that two of Port Charles’ most notorious pariahs, Valentin and Nina, would take in Nelle under their roof and give her a job caretaking adorable Charlotte. The problem is, this sets Nina up to be on Carly’s enemies list just when Nina and Carly were beginning to get along. But General Hospital spoilers tell us that Nina is a defender of the hopeless and helpless and will stand up to Carly over Nelle.

Valentin has no love lost for the residents of Port Charles and doesn’t like Sonny Corinthos (Maurice Benard) at all given their conflict when Valentin tried to scoop up Spencer Cassadine (Nicolas Bechtel) last year. Valentin already enjoys the dislike of most everyone in town, so what will it matter to him if Nelle is hated by others so long as she’s loyal to him and takes good care of Charlotte?

Nina will see hiring Nelle as an act of compassion but it’s more than that. Taking Nelle into their home as Charlotte’s new nanny will pit the newlywed Cassadines against the rest of Port Charles. Since Nelle did Sonny dirty, Dante Falconeri (Dominic Zamprogna) dislikes her. That will drive a deeper wedge in the matter of Charlotte’s custody and Lulu Spencer (Emme Rylan). 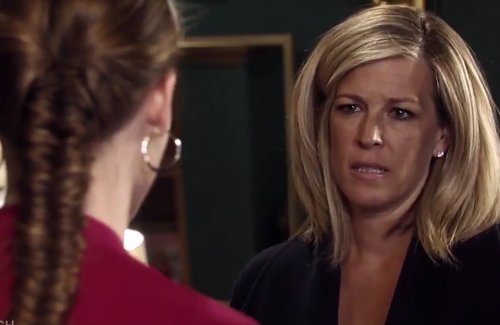 It also puts Nina at odds with Carly who owns the building where Crimson is located. That could get ugly fast. Michael Quartermaine (Chad Duell) is another General Hospital character who was hurt by Nelle and that pulls Tracy Quartermaine (Jane Elliot), Jason Morgan (Billy Miller) and Sam Morgan (Kelly Monaco) into the drama. It also pulls in Alexis Davis (Nancy Lee Grahn) and her pals plus anyone who likes Bobbie Spencer (Jacklyn Zeman).

To make matters worse, as soon as Lulu and Laura Spencer (Genie Francis) find out Nelle is the new nanny in charge of Charlotte, they scheme to use Nelle to get dirt on Valentin to use in court. This puts Nelle into a terrible position of betraying her new bosses or having even more of Port Charles hating her. General Hospital spoilers tease she’ll stay loyal but that will put her more on the outs.

What do you think GH fans? Is Nina wrong to take in Nelle and give her another chance? Will everyone in Port Charles end up hating the Cassadines and their new nanny Nelle? Share your comments below and tune into CDL often for the latest General Hospital spoilers, news and updates.