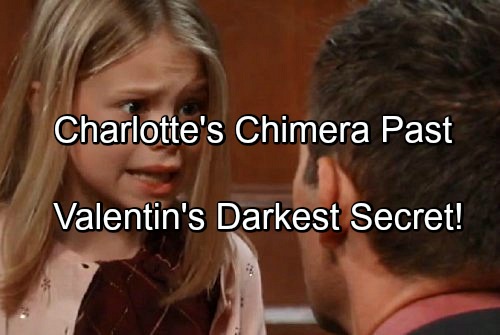 General Hospital (GH) spoilers tease that this Chimera mystery isn’t just about Jake Spencer (Hudson West) and Jason Morgan (Billy Miller), but it’s about everyone that has ties to Cassadine Island. Valentin Cassadine (James Patrick Stuart) is neck deep in this mystery but he’s lying to everyone – and GH spoilers hint Charlotte Cassadine (Scarlett Fernandez) is also involved.

Jason went to see Valentin to ask him questions about the scarecrow Jake drew and Valentin told him about a literal scarecrow in the olive grove. Jason should have pushed Valentin harder because the Greek knows plenty more about what went on at the island. General Hospital spoilers say Valentin knows the scarecrow was Jason and is only part of the mysteries that await on Cassadine Island.

Jason takes off Monday, May 8 to try and shake some answers out of island chick Daphne (Andrea Savo). Even though Daphne recalls Jason from the big trip to Greece last year with all the Port Charles peeps, she has no clue he’s the scary guy that terrorized Cassadine Island years ago. General Hospital spoilers tease that Daphne has been lurking around the island for years and has witnessed plenty of the things. 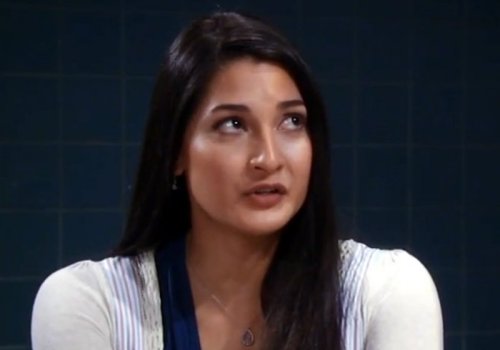 General Hospital spoilers say Valentin invited Jason to go look around the island in Greece to find answers because that will keep Stone Cold away from secrets Valentin is keeping right there in Port Charles – his daughter Charlotte. There is a lot that’s strange about Charlotte. Her birth certificate is from the 1990s yet Claudette Beaulieu (Bree Williamson) isn’t old enough to have carried a child born back then, so why the discrepancy?

General Hospital buzz says it could be that Charlotte was part of the Chimera project that Valentin sold to Helena and that she used for her own evil purposes. Valentin shared the improbable truth that Charlotte is the child of Lulu Spencer (Emme Rylan) and himself, but it looks like there’s more to Charlotte than meets the eye. The more disturbing possibility is that Valentin has been lying all along.

Valentin might have been a willing participant in Helena’s mad science project. There was no reason Helena would have known who Valentin was if she saw him as an adult. After all, Helena last saw Valentin as a child when he was sent away. He would have already been showing signs of his physical deformity and speech impediments when he was young, so he could have fooled Helena. 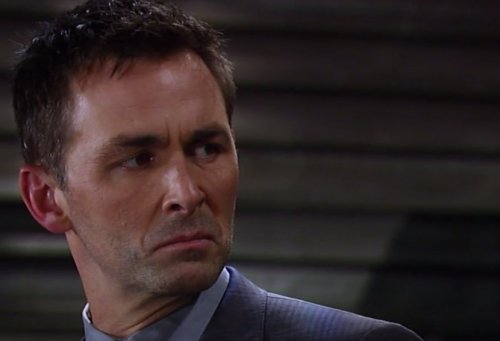 That means the handsome, suave, post-surgery Valentin would not be anyone Helena would recognize. General Hospital spoilers say it seems likely Helena bought the Chimera Project from Valentin and Charlotte might be the result. There is a lot about Charlotte that’s off and even though she has a DNA tie to Lulu, that doesn’t mean she’s Lulu’s daughter given the details of the Chimera project.

Chimeras have extra strands of DNA so Charlotte might be a mixture of more than two people. Perhaps she has Lulu’s DNA and Valentin’s, but also others. There is no telling what Charlotte is a hybrid of if she’s the chimera that everyone is talking about. Since General Hospital gave the hint that chimeras are usually female, a girl (or woman) is the likely suspect and it can’t be Anna, since she’s a known twin.

Valentin has been lying since GH fans first saw him on Cassadine Island in Greece last year. He’s lied to everyone and he continues to lie but this Chimera Project secret is the biggest and it all comes back to his daughter Charlotte and her shady start in a secret Cassadine lab. We’ll find out more soon. Share your comments below and tune into CDL often for the latest General Hospital spoilers, news and updates.