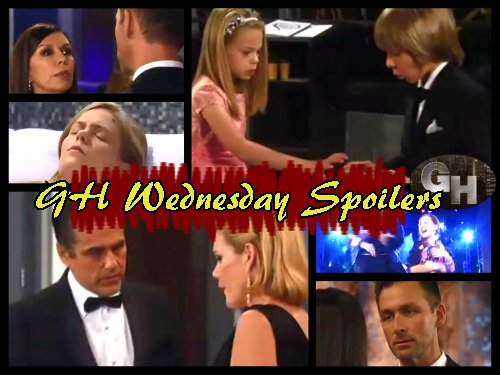 General Hospital (GH) spoilers for Wednesday, May 24 reveal the Nurses Ball kicks into high gear with electrifying performances but then tragedy strikes and no one will see it coming. Amy Driscoll (Risa Dorken) stops clutching Nathan West (Ryan Paevey) long enough to get ready for her performance as she and Emma Drake (Brooklyn Rae Silzer) start a big number that wows the crowd.

There are musical tributes to artists we lost including George Michael and David Bowie as well as music from living legend Billy Joel that includes a flashy number by Ned Ashton (Wally Kurth) channeling his best Eddie Maine vibe as he serenades and dances with hot fiancée Olivia Falconeri (Lisa LoCicero). The only downside is no Magic Milo this year, but even so, the event will be explosive.

General Hospital spoilers reveal that backstage, Charlotte Cassadine (Scarlett Fernandez) is enthralled with the Chimera tube when she and Jake Webber (Hudson West) are alone. When Charlotte goes to touch it, Jake freaks out and that’s followed by a meltdown. Jake runs to his mom Liz Webber (Rebecca Herbst) who thinks this is just stage fright, but it’s far more than that. Franco (Roger Howarth) encourages the kid. 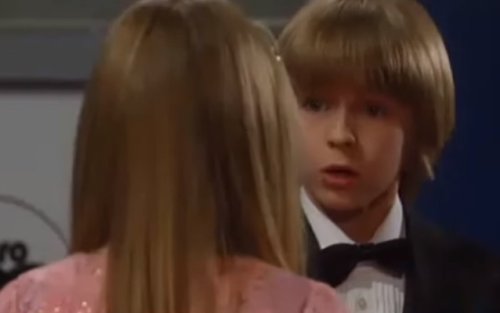 Neither have any idea that they are bolstering him to do something that could kill everyone in the room! Valentin Cassadine (James Patrick Stuart) is sick and tired of Anna Devane (Finola Hughes) interfering in his life. GH spoilers say Anna demands that Valentin tell her where the Chimera is and who he sold it to. Valentin won’t give her any more of his time and walks off.

Valentin wants to be there with Nina Clay Cassadine (Michelle Stafford) and calms her down enough so that they can sit front and center together at their table and watch Charlotte perform with Jake and Emma. General Hospital spoilers tease that Jason Morgan (Billy Miller) sees the Chimera necklace as a bad omen and takes it to Sam Morgan (Kelly Monaco). They wonder about it and Sam asks if he thinks Jake brought it.

Andre Maddox (Anthony Montgomery) gets a call about the rushed lab test results. Seems that there was a remnant of one of the placebo pills Ava Jerome (Maura West) used to trick Morgan Corinthos (Bryan Craig). Once Sonny Corinthos (Maurice Benard) gets confirmation the pills were swapped with fakes, that leads him directly to Ava for a stellar confrontation. 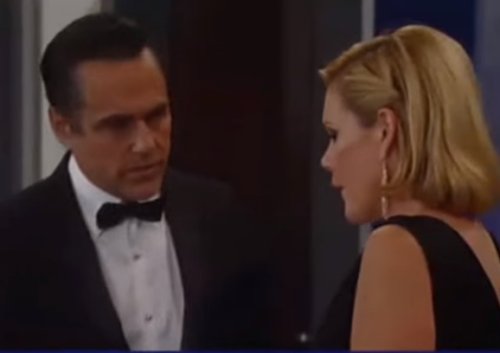 Ava sees Sonny giving her the evil eye and tries to make a clean break. She doesn’t get far before Sonny grabs her and demands to know why she’s leaving when the party is just getting started. Sonny shares his suspicions with Dante Falconeri (Dominic Zamprogna) but General Hospital spoilers hint that if there’s no proof, they both know Ava will get away with her role in Morgan’s death.

Over at General Hospital, Nelle Hayes Benson (Chloe Lanier) is still out of it. Bobbie Spencer (Jacklyn Zeman) lied and told Michael Quartermaine (Chad Duell) and Josslyn Jacks (Eden McCoy) that Nelle was fine, but she’s not. When Nelle tried to get up to find Michael, she hurt herself badly. Now Nelle is in and out of consciousness and murmuring Michael’s name. Things look dire.

The Nurses Ball will be interrupted with a big finale as thugs make a move to try and take the Chimera, so things will get dangerous. Share your comments below on the Nurses Ball action coming on Wednesday, May 24 and tune into CDL often for more General Hospital spoilers and news.