General Hospital Spoilers: Do You Approve Of The Way Sam Is Treating Jason? 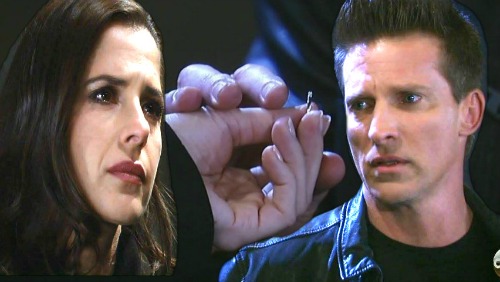 General Hospital spoilers reveal that Samantha “Sam” Morgan (Kelly Monaco) has clearly made her choice by getting down on one knee and proposing again to Drew Cain (Billy Miller). Although the proposal is completely understandable, its the way she is treating the man she believed to be her soulmate that has so many GH fans up in arms. How do you feel about the way Sam has been treating Jason Morgan (Steve Burton)?

From the moment Jason made his dramatic return to Port Charles everyone has been on a massive emotional roller coaster, riddled with confusion and some guilt. One by one, his loved ones began to embrace him and welcomed him home, determined to help him figure out what happened, all except for Sam! Meanwhile, Drew, has been abandoned and shunned by many in Port Charles who just recently claimed to be his nearest and dearest! 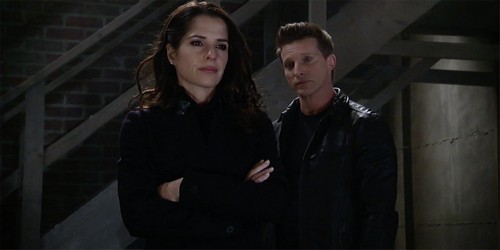 General Hospital spoilers tease that Sam has suffered a lot and will suffer more but she has a good life going with Drew. Drew had walked away from the mob unscathed and they had just purchased a media empire – something they could leave as a legacy for “their” children. It is completely understandable, in a sense why Sam doesn’t want to acknowledge Jason.

General Hospital spoilers say that accepting him into her life will mean she has to face the fact that the past few years of her life were basically a lie. That being said, does this excuse how rude she has been towards Jason? 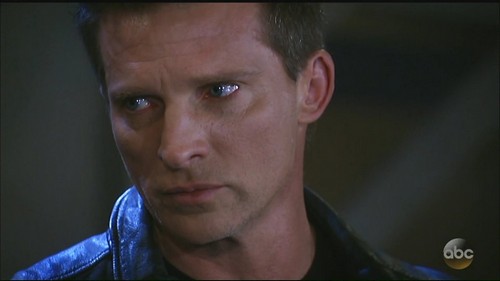 Jason fought with everything inside of himself to return to Port Charles, having no clue that he was gone for 5 years. He was determined to come home to his wife and his son, Danny, only to discover another man was living his life.

Sam was arguably cruel to Jason, she ignored him, didn’t want to see him nor speak to him. In fact, Sam views Drew as more of a victim than Jason is, as do many GH fans. Sam even has the audacity to go see Jason only when she is concerned for Drew! GH fans all know Jason, he would do anything for the woman he loves, but how much rejection can one man take?