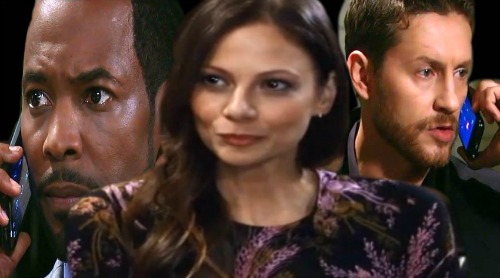 General Hospital (GH) spoilers tease that Dr. Kim Nero (Tamara Braun) could be up to her neck involved with the “mapping” and memory swapping of the Moore twins, Jason and Drew (Steve Burton and Billy Miller). Will her calm, and too casual demeanor make Patient 6’s loved ones feel she could be Dr. Andre Maddox’ (Anthony Montgomery) accomplice?

Although their first meeting began without a hitch, it looked like Kim had done her research, and it was quite obvious she knew the ins and outs about Sonny Corinthos (Maurice Benard) and all his legal and illegal businesses. Kim did not show any signs of intimidation, nor fear of Sonny which is very odd considering that she clearly knows him to be a deadly mobster – and her son, Oscar (Garren Stitt), is dating his step-daughter, Josslyn Jacks (Eden McCoy) and has grown quite fond of him.

Who wouldn’t fear their child being anywhere near a mob boss, especially after doing research and learning that everyone near and dear to him has been in imminent danger on several occasions? 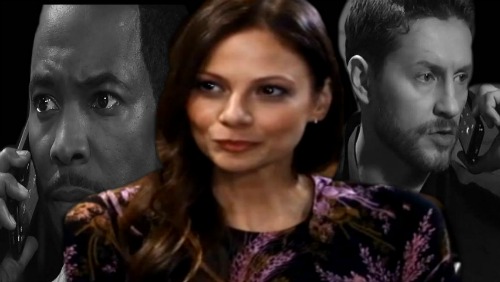 General Hospital spoilers reveal that if GH fans have been paying close attention, there have been slight clues that could potentially lead to Kim being involved with, and even in charge of, the Twin Brain Mapping Study. Kim obviously has the ability to help with the mapping process, since she clearly is in the medical field. Dr. Nero has revealed she runs her own practice, the very reason she claimed she has been so elusive on meeting Carly Corinthos (Laura Wright).

Kim’s reaction when she sees SB Jason’s face for the first time doesn’t fit with the way someone would react if the man she believed to be dead, suddenly walked in the room. Her lack of emotion is going to bring up a lot of questions, and everyone who standing in that room at that very moment is very observant and suspicious by nature. How will Kim explain her reaction and how she knows “Drew” and will they all “buy” what she is selling?

Dr Kim’s appearance at this critical juncture in the Twin identity story is another indication that she could be our ‘man!’ As GH fans will see on this week’s new GH episodes, November 27 – December 1, Kim’s insistence that Patient 6 is Drew might not be sincere – is she trying to convince Port Charles that Patient 6 is Drew or does she really believe it? 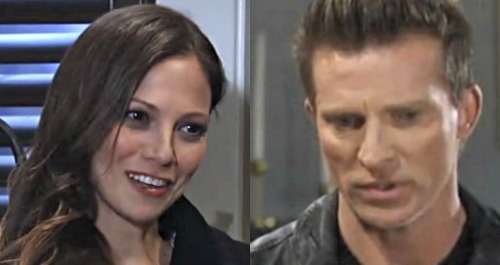 General Hospital spoilers reveal that probably one of the biggest clues that we have been given thus far that Dr. Kim Nero could be the key player we have been waiting for is the phone call Dr Klein received. The fact that the voice has been completely altered and was artificial is suspicious. If the Mastermind and person in control was a man there would be no need for that, as it would be much easier to cover up his voice than that of a woman. Do you think Dr. Kim Nero is the one controlling this whole experiment?

Be sure to tune into ABC’s General Hospital (GH) to catch up on everything happening in Port Charles right now, especially as the Jason/Drew story continues to be told. Check CDL General Hospital Spoilers often for updates, news, rumors and spoilers!