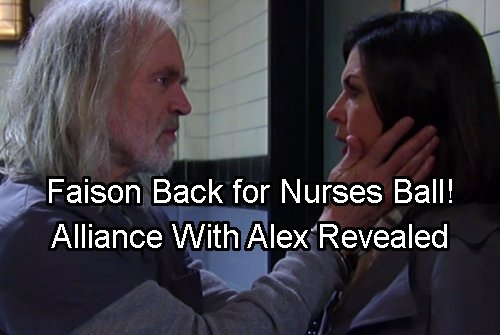 General Hospital (GH) spoilers for the big danger at the Nurse’s Ball reveal it’s not Helena Cassadine (Constance Towers) coming back but one of her wicked allies, Cesar Faison (Anders Hove). May sweeps spoilers indicate an “old enemy” would return and then GH released the promo of Helena on Cassadine Island but that now promises to be a bait and switch.

Helena is dead which is what Nikolas Cassadine (Tyler Christopher) claimed last year. He said he confirmed her death and oversaw her burial. Turns out that was the truth but Helena planned revenge from beyond the grave. Helena sent the Chimera Project vial to Jake Webber (Hudson West) to unleash at the Nurse’s Ball, but that’s not the only nasty surprise coming.

The Chimera Project also ties in Anna Devane (Finola Hughes) and her twin Alexandra “Alex” Devane from All My Children. Anna works for the WSB but her twin Alex works for the DVX cartel and Faison. Although this is a radical departure from the last time we saw Alex on All My Children, General Hospital doesn’t mind rewriting its own character histories, so AMC will get the same treatment. 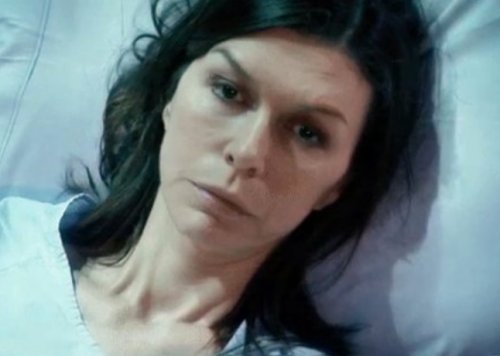 Also, you might recall Faison has been name dropped a lot recently and that means he’s the danger to come. It won’t be too long before Alex is exposed as fake Anna once Robin Scorpio Drake (Kimberly McCullough) and Emma Drake (Brooklyn Rae Silzer) return to Port Charles on this week’s new GH episodes (May 15-May 19). Anna will be found in London and Alex will be free to operate in the open.

General Hospital spoilers tease that Valentin will be furious that he was tricked by an Anna lookalike that ruined his marriage. Valentin also knows about Faison since DVX was bidding for the Chimera Project back when he stole it from the WSB and sold it. Alex wants the Chimera for her boss Faison and nothing will stop her. But since Alex’s hands are tied somewhat after her reveal, Faison has to come help.

Helena wanted Jake to unleash the Chimera Project toxin at the General Hospital Nurse’s Ball, but Faison might have another plan in mind for it and that’s why he comes to the ball – to steal the tube from Jake. Faison also has people he cares about in Port Charles and doesn’t want Liesl Obrecht (Kathleen Gati) or the real Anna harmed by Helena’s foul plans. 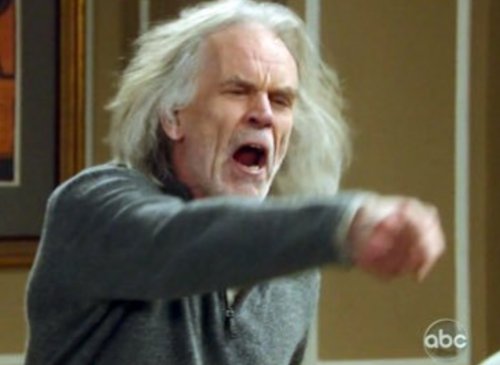 Faison doesn’t want the Chimera to be a hero, he wants it to create chaos using his own plans. General Hospital spoilers tease the Chimera Project threat will be eliminated at the ball thanks to the actions of several that step up but there might be a life lost again this year. Last year, the GH serial killer struck and took lives during May sweeps but this year, it will be this Chimera plot that kills.

Are you excited to see Faison back in Port Charles? Does this mean Britt Westbourne (Kelly Thiebaud) will be back with her dad? Her name has been dropped a lot lately too and she sometimes stops by to see Brad Cooper (Parry Shen) this time of year. Share your comments below and tune into CDL for the latest General Hospital spoilers and news.