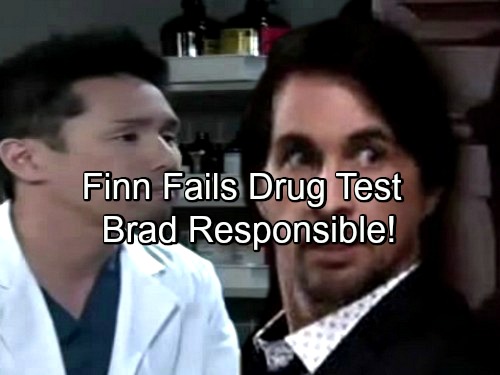 General Hospital (GH) spoilers tease that Dr. Finn (Michael Easton) has a long road ahead of him. After Brad (Parry Shen) tattled, Finn confessed everything to Monica (Leslie Charleson). Her response was surprisingly gentle considering the circumstances. Finn’s job isn’t exactly secure though. He needs to get his life back on track through a rehab program before anything can be decided.

Finn’s relationship with Hayden (Rebecca Budig) is also in a rocky place. General Hospital spoilers hint that they may be able to work things out eventually, but Hayden will move on for now. The stress has been a lot for her to handle. Hayden just needs to check out of the situation and clear her mind. 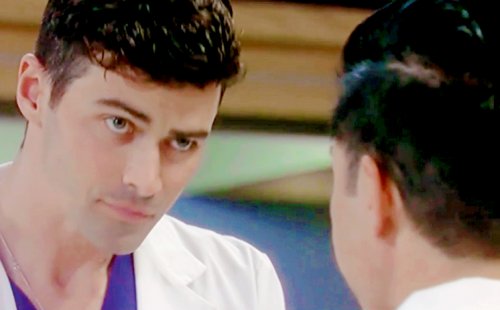 Of course, Finn will still need some support as he tries to get healthy. Griffin (Matt Cohen) will suggest that he might be able to help. General Hospital spoilers say Finn will brush off the idea. He won’t want to accept Griffin’s advice or anything else he might offer. We all know Finn can be a bit on the stubborn side.

It appears Tracy (Jane Elliot) also make a move that leaves Finn uneasy. He’ll be wary of her reasons for getting involved. General Hospital spoilers state that Finn will grow increasingly paranoid. He’ll hope that he can focus on getting better and reclaiming his life, but more problems should emerge. 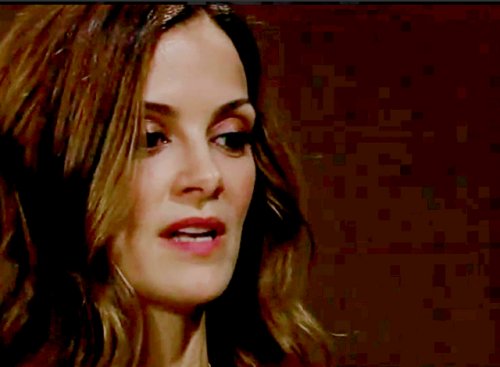 Brad will continue to fume over Monica’s reaction to all of this. He feels like Finn barely got a slap on the wrist. Since Finn seems poised to get a second chance at General Hospital, what will Brad do about it? He may have a trick or two up his sleeve.

Brad could decide to take matters into his own hands. If Monica won’t fire Finn, Brad may make it impossible for the board to ignore the issue. Finn truly wants to get clean, but Brad could plot against him. He could try to sabotage this rehab stint and get rid of Finn for good. 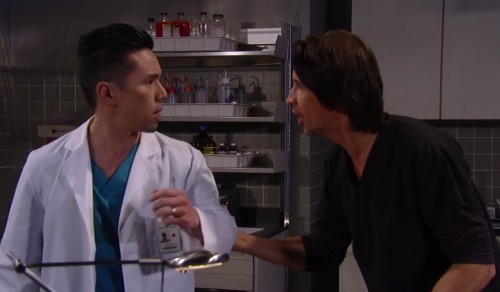 General Hospital spoilers reveal that Finn will soon have a drug test. They need to monitor Finn to make sure he’s not relapsing. However, the results may not be what Finn expects. He’ll likely be taken aback by the chaos this test causes.

Will Brad change the results so Finn still looks like a druggie? Would anyone believe Finn if he denied using? Finn’s drama could get much worse before it gets better. We’ll give you updates as other GH news comes in. Stay tuned to the ABC soap and don’t forget to check CDL often for the latest General Hospital spoilers, updates and news.

Are both relationships too far gone to repair? #GH pic.twitter.com/6hk57eCbvg