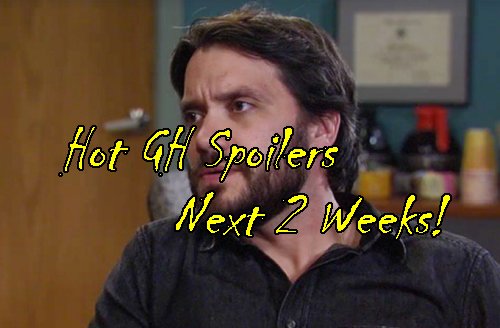 General Hospital (GH) spoilers for the next two weeks starting Monday, June 19 reveal that Ava Jerome (Maura West) gets a look at the extent of her burns and is horrified. The same day Ava sees her face, Griffin Munro (Matt Cohen) goes to see Sonny Corinthos (Maurice Benard) about her fate. The following week, Kiki Jerome (Hayley Erin) comforts her mother.

As the two weeks wind down, Dante Falconeri (Dominic Zamprogna) confronts Ava on her role in his brother’s death but Ava holds back on the truth. Also coming on the new GH episode Monday, June 19, Ned Ashton (Wally Kurth) and Olivia Falconeri (Lisa LoCicero) make a decision on their wedding and announce their plans to get hitched over the summer. It will be big but Tracy Q will not show up.

General Hospital spoilers reveal that Jason Morgan (Billy Miller) has a tough time as the next two weeks kick off and he finds out Sonny is in danger and races to warn his bestie. By the end of next week, Jason has great timing as he chases down an enemy and Sam gets good news. The following week, Sam Morgan (Kelly Monaco) has a change of heart about something. Her behavior and health continue to spiral. 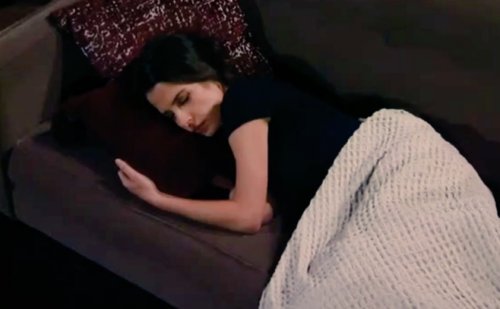 On Tuesday, June 20, Jennifer Bassey debuts in her short GH arc. That same day, Julian Jerome (William deVry) gets an offer that could change his life. Scott Baldwin (Kin Shriner) is kicked as Julian’s lawyer the following week and Julian pleads his case, hoping things will go well. Next week, Nathan West (Ryan Paevey) steps up for Amy Driscoll (Risa Dorken) and helps her land the book deal.

But when things go too far, Nathan pulls back. Also next week, General Hospital spoilers say CarSon takes off and Josslyn Jacks (Eden McCoy) throws a rager in revenge and gets in over her head. Sonny and Carly Corinthos (Laura Wright) have a nice time together, then things go darker. Sonny lets his guard down at the wrong time and things go awry. Sonny has to call for help – it might be Stone Cold that he summons. 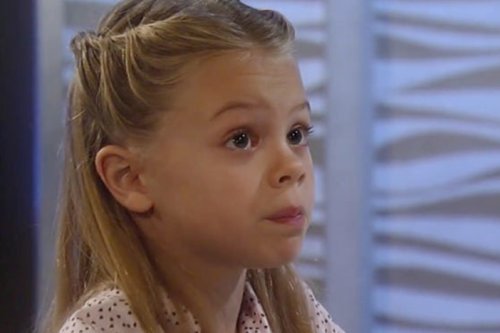 TJ Ashford’s (Tequan Richmond) paternity secret is revealed to his Aunt Stella (Vernee Watson) and he must do damage control by the end of next week. The following week, Hayden Barnes (Rebecca Budig) needs her old pal Curtis Ashford (Donnell Turner) to help her out. Hamilton Finn (Michael Easton) isn’t happy but he holds his tongue.

Kristina Corinthos (Lexi Ainsworth) owes someone an apology as June closes out on General Hospital. Nina resorts to blackmail and has second thoughts about her divorce in the days before July kick off. A recent event sparks Anna Devane (Finola Hughes) to catch up Jordan Ashford (Vinessa Antoine) and it seems to be about Valentin.

Share your comments on all these hot spoilers for the two weeks starting Monday, June 19 and tune into CDL often for the latest General Hospital spoilers, news and updates.