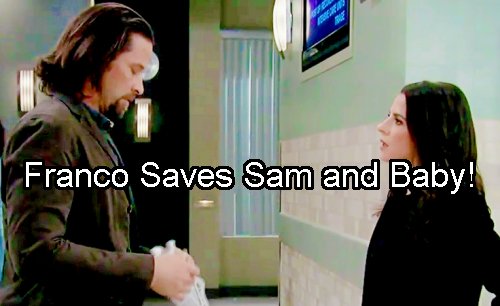 General Hospital (GH) spoilers reveal that a shocking intervention will save Sam Morgan’s (Kelly Monaco) life after Olivia “Liv” Jerome (Tonja Walker) kidnaps her. Franco (Roger Howarth) has a critical role to play in Sam’s rescue and safe delivery of little Scout. JaSam and Friz fans will be shocked but the GH spoilers came straight from Roger Howarth.

This kicks off next week when Liv’s revenge plans against Julian Jerome (William deVry) put Sam at risk. Liv was thrilled when Sam dropped by when she was playing fake AA sponsor to Alexis Davis (Nancy Lee Grahn). Liv has all of Julian’s loved ones under her thumb or under surveillance. Julian is scared – and he should be.

Julian isn’t pleased that Ava Jerome (Maura West) is a suspect in the car bomb case and makes a misstep that changes everything and puts Sam’s life at risk. Liv wants Ava to take the fall for the bomb. Liv doesn’t care about Ava and already hates her because she’s close to Julian. Plus, Ava is clueless about Liv’s existence. 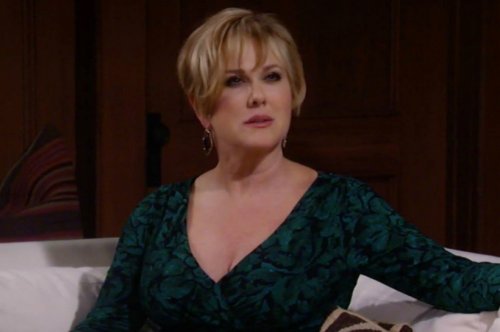 When Julian tries to save his other sister, Liv explodes and activates her plan to use Sam against Julian. Liv sets her sights on Sam and Julian realizes he gravely misjudged his sister based on what happens next. Sam goes missing – Liv kidnapped her and he’s scared. But how does Franco play into all of this? Consider this.

Franco is a brilliant guy. He murdered people for years while eluding the cops. He’s not a killer anymore and his mind is still razor sharp. Franco wants to redeem himself. He owes Sam for letting her think for years that he raped her plus, she just saved him from the Baker brothers’ storage unit of trophies, terror, and certain death.

Sam thanked Franco for not telling the PCPD about Alexis and Tom but said they are not even. He knows he did her horribly wrong and how do you make up for that? Saving Sam and her unborn child is a good start. Liv has been lurking around the hospital where Franco works, so that could be where he gets the first clue. 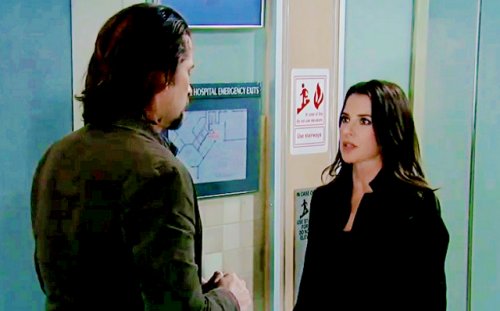 Franco also knows about the mob given his past with Ava and months of stalking Jason Morgan (Billy Miller) back in the day. Franco pieces together info about Sam’s kidnapping and sets out to save her. He’s injured in the rescue but his heroic efforts are the key to Sam getting away from Liv and safely to GH with Scout.

Roger Howarth said at a recent fan event that he filmed scenes with Kelly Monaco and both were injured. His attempt to save her puts him in the line of fire but he owes her much more than that. Of course, Jason won’t be pleased that Franco saves Sam and baby Scout instead of him, but that’s how redemption works.

For Liz and Franco to be together, they need peace with Jason and Sam. Franco saving them will help a lot. What do you think GH fans? Are you excited to see Franco save Sam or do you hate the idea of him as her knight in shining armor? Share your comments below on this coming twist in Sam’s baby story. 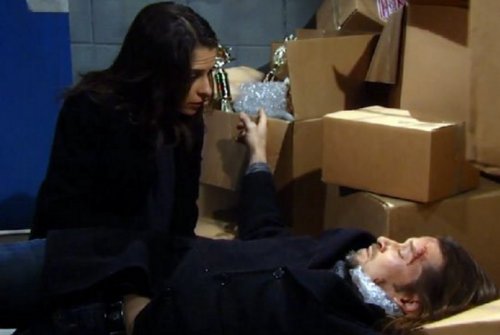 Tune into CDL for the latest General Hospital spoilers, updates and news.