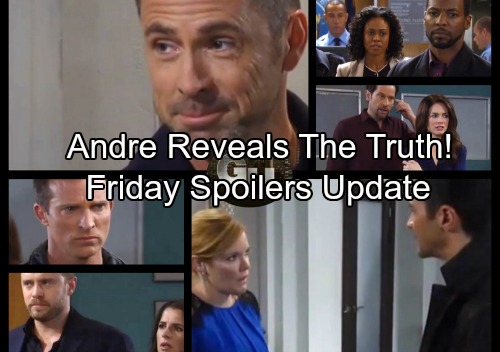 General Hospital (GH) spoilers for Friday, December 1, tease that Ava (Maura West) will find herself in a difficult situation. It appears Julian (William deVry) will stop by to catch up, but that’ll lead to some trouble. Griffin’s (Matt Cohen) rage will boil over, so it seems he may encounter Julian at some point.

Ava will do her best to calm Griffin down, but there’ll still be some conflict between them. General Hospital spoilers say Ava will feel like she’s caught between her brother and the man she’s dating. She’ll wonder if Griffin expects her to choose, but he probably won’t take it that far. Griffin may suggest that he can tolerate Ava’s relationship with Julian as long as he doesn’t have to see him. 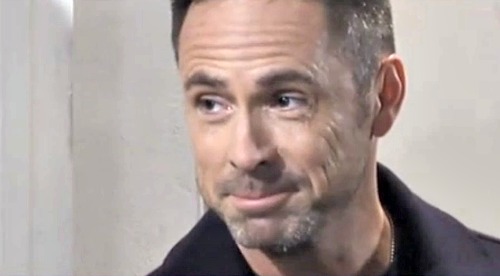 However, this incident will definitely spark some worries for Ava. She’ll fear that more obstacles are landing in their path. Ava is falling for Griffin, but she won’t know if they can have a lasting romance. Next week, GH fans can expect Ava to reevaluate her bond with Griffin and decide what her future’s going to look like.

In the meantime, there’ll be some chaos at the police station. Liz (Rebecca Herbst) will insist that Andre (Anthony Montgomery) needs to come clean about what he did to the twins. She’ll also ask why Andre was involved in this mess. Patient Six (Steve Burton), current Jason (Billy Miller) and their allies will certainly chime in with questions. They’re anxious to clear all of this up.

Diane (Carolyn Hennesy) will want to make sure she understands. She’ll confirm that Andre knows which twin is which. Once the details of the memory mapping study come out, Andre can drop the final bomb. General Hospital spoilers say Jason and Patient Six will learn who they really are, so the fallout’s about to begin.

It sounds like P6 will be revealed as Jason Morgan. That’s great news for him, but it’ll be a terrible blow for Miller’s character. Once he discovers he’s Andrew Cain, he’ll struggle to wrap his head around it. The truth will hurt, but Drew will just have to carry on. 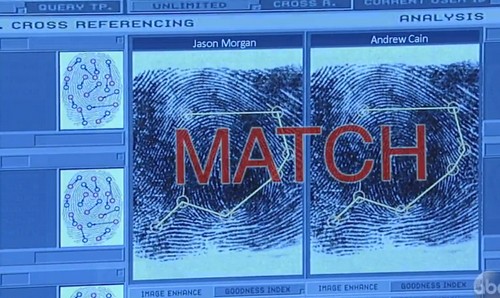 Elsewhere, Alexis (Nancy Lee Grahn) will have an awkward meeting with Dr. Bensch (James DePaiva). They’ll discuss their attempt at a romance and try to figure out if it’s going to work. Dr. Bensch won’t want to overstep here. If Alexis isn’t ready for another relationship, he’ll promise to back off.

Alexis is still hung up on Julian, but will she admit it? Let’s hope Alexis will stop stringing Dr. Bensch along sooner or later. We’ll give you updates as other GH details emerge. Stick with the ABC soap and don’t forget to check CDL often for the latest General Hospital spoilers, updates and news.