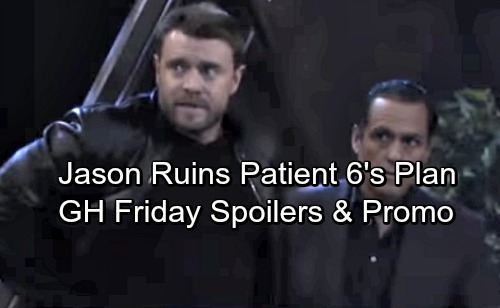 General Hospital (GH) spoilers for Friday, October 20, tease that Jason (Billy Miller) will join Sonny (Maurice Benard) as backup on the bridge. The message Ava (Maura West) delivered had info that only Sonny and Jason would know. Since this is all quite suspicious, Jason will hope he can help Sonny get to the bottom of it.

They’ll head to the requested meeting spot, but Patient Six (Steve Burton) will choose to hide. He was hoping to meet with Sonny alone so he could explain everything. Current Jason will suggest that the person who sent the note must’ve reconsidered. It’s a good thing, too. Sam (Kelly Monaco) would be concerned if she knew Jason was off dealing with a potentially dangerous situation.

Fortunately, Sam will be oblivious as she speaks with Maxie (Kirsten Storms). She’ll use some manipulation tactics as she works to get what she wants. It sounds like Sam needs some assistance now that she’s partnering with Jason at Derek Wells Media. However, GH spoilers say Maxie will play hardball. If Sam wants a favor, she’ll have to give Maxie one in return. 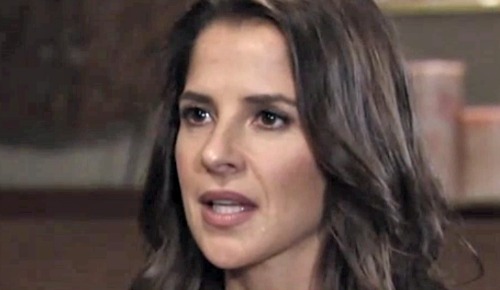 Across town, Nathan (Ryan Paevey) will think it’s time to wrap up the whole Ask Man Landers ruse. When he shares thoughts with Amy (Risa Dorken), she’ll look upset about what this means for her future as well as her brother’s. Elsewhere, Olivia (Lisa LoCicero) and Monica (Leslie Charleson) will have a chat about boundaries. It seems Monica wants to get a few things straight with Olivia the rulebreaker.

General Hospital spoilers state that Ned (Wally Kurth) will also seek clarity. Michael’s (Chad Duell) behavior will let him know something’s up. Ned will wonder if Michael is having second thoughts about bringing him back to ELQ. Is Michael worried that Ned will pull off a takeover or is he just distracted by Nelle (Chloe Lanier) drama? Perhaps it’s a little of both! 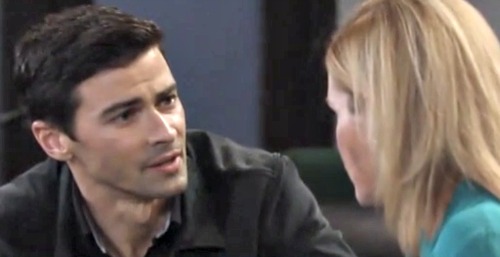 Other General Hospital spoilers say Griffin (Matt Cohen) will be honest with Ava. He’ll insist that he’d like nothing more than to kiss her right now. Of course, it’s weird that Griffin is telling Ava this instead of just going for it. Maybe that means he needs to take a step back and process everything.

A real relationship would be new territory for Griffin, so he’ll want to move slowly and protect Ava’s heart. We’ll give you updates as other GH news comes in. Stay tuned to the ABC soap and don’t forget to check CDL often for the latest General Hospital spoilers, updates and news.