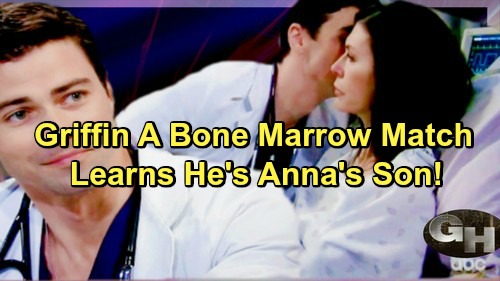 General Hospital (GH) spoilers reveal Anna Devane (Finola Hughes) is in dire straits when it comes to her health. What initially was thought to be migraines now suggest she has cancer. Dr. Hamilton Finn (Michael Easton) consulted with Dr. Griffin Munro (Matt Cohen), who agreed they needed to do a bone marrow biopsy.

As her condition worsens and Griffin does the only thing he can to ease the situation and calls her daughter, Dr. Robin Scorpio-Drake (Kimberly McCullough) to come be by her mother’s side. Griffin and Finn privately agree to not worry Anna about it possibly being cancer since she is so frail right now. 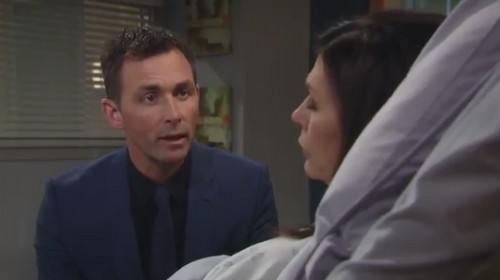 After all her tests are done at General Hospital, spoilers suggest Anna is going to need a bone marrow transplant, but no one in her family, including Robin is a match for her, causing her to lose hope. Here comes Dr. Griffin to the rescue being the perfect match for an ailing Anna. Could this mean he is biologically the son of Duke Lavery (Ian Buchanan) and Anna Devane herself?

Longtime GH viewers witnessed Anna lose Duke’s baby thanks to Olivia St. John/Jerome (Tonja Walker), but is it possible the baby survived? It would make perfect sense for the truth to come out now, while Liv is still in Port Charles; crazier things have happened! 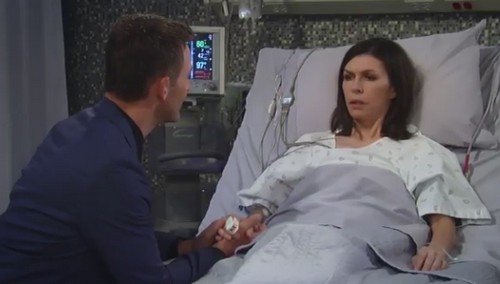 Besides, there is no denying how close Griffin and Anna have become; they share a connection everyone can see. Griffin definitely has Duke’s compassion and sense of forgiveness but he also has Anna’s famous sleuthing traits and has blurred the lines between right and wrong, like both of them.

General Hospital spoilers suggest that there is something far deeper between Griffin and Anna than him simply being Duke’s son. It wouldn’t seem so far fetched to General Hospital fans since he is very close, almost brotherly with Robin and shares a very special bond with a young, Emma Scorpio-Drake (Brooklyn Rae Silzer).

Could Anna’s horrible illness lead the discovery that Griffin is actually her son? Be sure to tune into ABC’s General Hospital (GH) to follow this storyline and so much more. Check CDL General Hospital spoilers for news and updates!