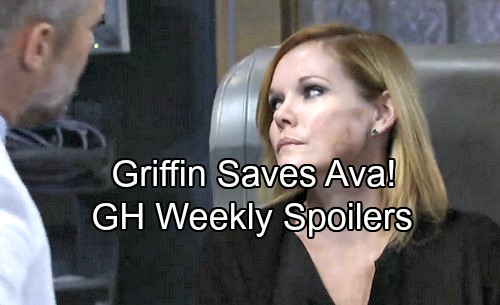 General Hospital (GH) spoilers tease that Ava (Maura West) will get some good news. Once she shows her face to a doctor, he’ll think he can restore her natural beauty. The doc will undoubtedly be amazed by Dr. Klein’s (Gene Farber) formula. He’ll most likely assure Ava that everything will go splendidly.

Ava will believe she’s finally going to feel like herself again. Griffin (Matt Cohen) thinks she’s beautiful just the way she is, but Ava doesn’t have the same perspective. She’s obsessed with removing the small scar near her jawline. It’s a small imperfection, but it could mean taking a huge risk. 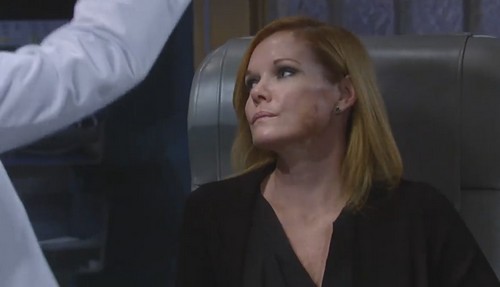 General Hospital spoilers say Ava’s optimism will slowly turn to anxiety. She’ll begin to have doubts about going under the knife, but she’ll try to stay strong. Ava will remind herself of why she’s doing this. She won’t want to throw away a chance at being flawless. This is her shot and she intends to take it.

Ava knows she hasn’t been a very good person, so she believes her looks are all she really has going for her. Griffin obviously thinks there’s more to Ava than meets to eye. That’s why he’ll grow concerned when he can’t get in touch with her. Griffin will have a bad feeling about what Ava’s up to.

Ava recently mentioned a secret project, so Griffin should figure out what’s going on soon. General Hospital spoilers state that Griffin will find some clues and rush off to stop Ava. It sounds like he’ll arrive in the nick of time. Griffin might threaten the doc and scare him off. This guy would undoubtedly like to avoid legal trouble if possible. 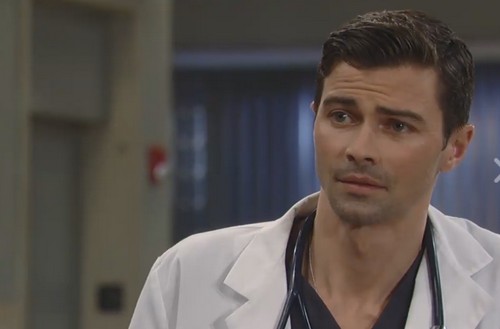 GH spoilers hint that Griffin will scold Ava for deceiving him. He won’t understand why Ava would try to do something so dangerous. Griffin will suspect that this isn’t just about having a perfect face. It seems he’s right about that. Ava will eventually open up about some of her deepest fears.

Since Ava feels like they’re so incompatible, she might’ve want her face restored for when their romance inevitably fails. Ava may point out that not everyone looks at the heart like Griffin. She could also suggest she was trying to sabotage herself on some level. Ava might’ve wanted to end this before they fell too hard.

General Hospital spoilers say Griffin will have a major outburst by the end of next week. Perhaps he’ll get fed up with Ava’s point of view. She acts like he’s some innocent child who must be protected at all costs. Griffin is a grown man and he doesn’t need to be bubble-wrapped!

Can Griffin and Ava manage to get on the same page? Will their relationship survive this blowup? We’ll give you updates as other GH details emerge. Stick with the ABC soap and don’t forget to check CDL often for the latest General Hospital spoilers, updates and news.