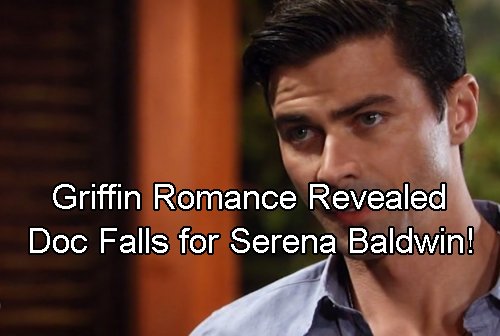 General Hospital (GH) spoilers reveal that Griffin Munro (Matt Cohen) is getting a new romance but it’s not one that viewers are expecting. While the hunky former father has been bonding with Ava Jerome (Maura West), and some General Hospital spoilers tease Ava will become obsessed with her healer, Griffin will soon have his eye on a newcomer to town. It’s none other than Serena Baldwin (Carly Schroeder). General Hospital has confirmed that Serena is returning for a special tribute to Lee Baldwin – could she be sticking around and meet handsome Dr. Griffin?

General Hospital spoilers indicate that Serena is heading back to Port Charles soon just as her dad Scott Baldwin (Kin Shriner) faces charges over aiding and abetting Ava’s tampering with Morgan Corinthos’ (Bryan Craig) meds. Scott tried to help Ava hide her crimes and that’s not protected by attorney-client privilege. In fact, that’s an outright crime and Scott might soon be facing handcuffs himself.

That could be what brings Serena to town. It seems Serena is coming to visit her dad and then when she finds out about his legal troubles, she’ll stick around. And since Griffin is neck deep in the controversy with Ava and Sonny Corinthos (Maurice Benard), it makes sense that he’ll know when Serena shows up. Scott has been lurking around Ava’s hospital room, so if Serena finds him there, meeting Griffin is easy. 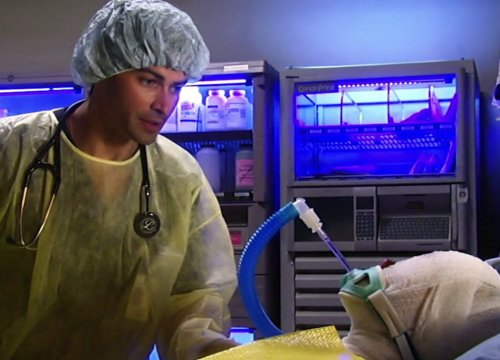 Griffin and Ava did have some chemistry when they hung out at the Floating Rib before she was burned to a crisp, but now that she’s in the ICU, Griffin seems to be in doctor and priest mode, praying with Ava while also working to save her life. But Ava is also sister to the man that killed Griffin’s father so while he has no problem caring for Ava as a doctor, romance between them would be very complicated.

With Serena, though, there is nothing to prevent them from diving into a romance. General Hospital spoilers have promised for quite a while that Griffin would finally get a new romance but that it’s separate from his hospital storyline with Ava. This should cause many GH fans to breathe a sigh of relief. When some spoilers hinted that Griffin and Ava might fall in love, many were horrified.

But Serena and Griffin together would be great. If you don’t know Serena, she’s Scotty’s daughter with his wife that passed away, Dominique. Lucy Coe (Lynn Herring) gave birth to her as a surrogate for Scott and his then-wife. Lucy later adopted Serena after Dominique died and Scott and Lucy married. Serena later left Port Charles with Lucy who was married to Kevin Collins (Jon Lindstrom) at the time. 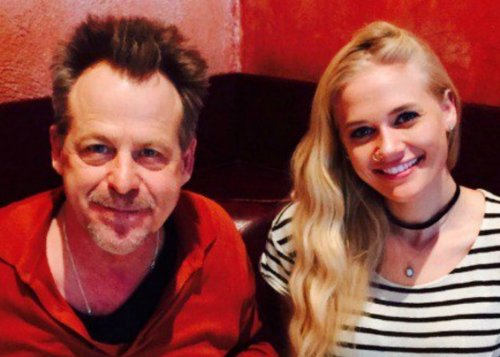 Serena is most recently living in Paris with her sister Christina Baldwin (a child adopted by Lucy and Scott). It’s been a long time since Serena was seen in Port Charles but circumstances are right for her return. And with all the enemies Scott has in town, he probably would be relieved if Serena showed interest in the priest instead of someone that Scott can’t stand.

What do you think about Serena’s return? Do you think she’s the perfect romantic partner for Griffin? Would you rather see Griffin paired with Scott’s daughter instead of Ava? Share your comments below and tune into CDL often for the latest General Hospital spoilers, news and more.