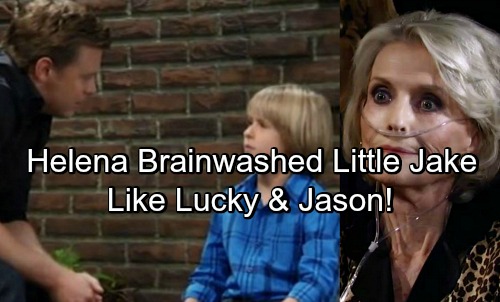 General Hospital (GH) spoilers reveal that Jake Webber (Hudson West) has some sinister secrets lurking in his little brain and his parents, family and those around him might need to watch out. Has Jake been brainwashed by Helena Cassadine (Constance Towers)? The signs are there.

General Hospital fans know Helena has a knack for brainwashing others into doing her dirty deeds. The Cassadine matriarch has done it several times before. You might remember years ago that Lucky Spencer (Jonathan Jackson) was presumed dead in a fire but had really been kidnapped.

Later, we found out Lucky was taken captive by Helena and she spent a lot of time and effort brainwashing him to use as her minion back in Port Charles. The famous Ice Princess diamond was used in the process to program Lucky into a heartless violent killer. 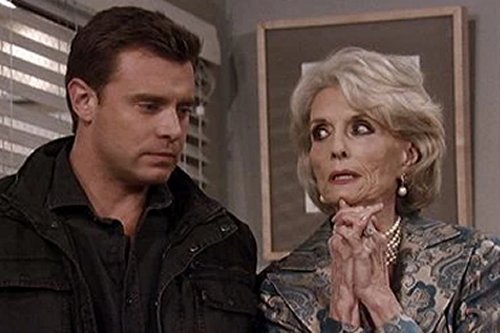 Helena’s programming was so effective she even erased his love for Liz Webber (Rebecca Herbst). Eventually, Liz and Nikolas Cassadine (Tyler Christopher) were able to get through to Lucky, but Helena’s plot broke up Liz and Lucky just as they were about to get married. It was a mess.

But that wasn’t Helena’s only attempt. General Hospital spoilers remind fans that Jake Doe aka Jason Morgan (Billy Miller) was also a victim of the Cassadines. After Cesar Faison (Anders Hove) shot Jason and shoved him into the Port Charles harbor, Helena scooped up Stone Cold and let one of her minions break his brain.

Victor Cassadine (Thaao Penghlis) programmed Jason to do Helena’s bidding and that’s why Jason broke Faison out of jail, shot Nathan West (Ryan Paevey) and was ordered to kill Sam Morgan (Kelly Monaco) but couldn’t bring himself to do it, brainwashing or not. 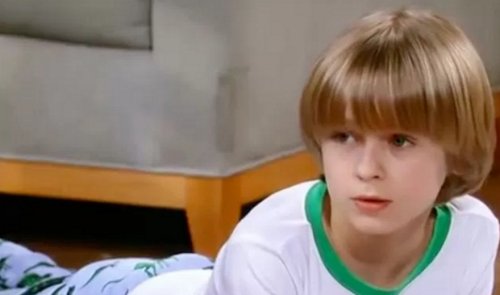 Jason had a microchip in his brain that was put there as part of the programming. It was removed and Jason has been his own man ever since. General Hospital spoilers ask if little Jake has a microchip in his little brain? We’ve seen some disturbing behavior from Jake in the past and now it’s starting up again.

Remember those crazy drawings, the ones Jake drew back when Jason and Liz first split up showing bad things happening to Sam? And now Jake drew the creepy prison door he saw when he was with Helena during his time spent on Cassadine Island – and also drew a scary looking scarecrow that is identical to one in Helena’s book.

Plus, Jake slipped into what could only be described as a trance-like state when he said the other day “never forget” and “never tell.” Liz and Franco (Roger Howarth) are understandably on edge and Jason will be soon once Liz loops him in on their son’s behavior. An adventure to Cassadine Island is in the offing on new GH episodes and solving the mysteries that bedevil little Jake will take priority. 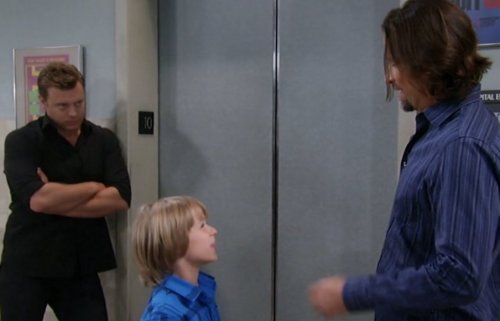 It could be Helena’s ultimate revenge in her last act to have released both Jason and Jake – both brainwashed and knowing they would disrupt Port Charles. Share your comments below – do you think little Jake is brainwashed? Tune into CDL often for the latest General Hospital spoilers, news and updates.