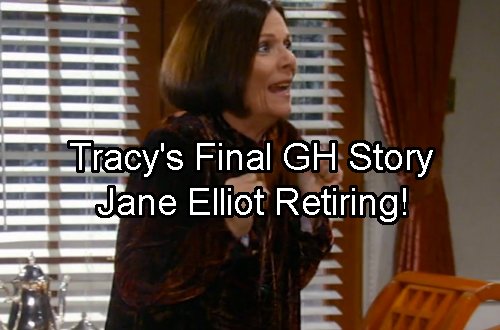 General Hospital (GH) spoilers tease that Jane Elliot has one foot out the door at GH and Tracy Quartermaine’s final story is about to play out before the actress retires from the ABC soap for good. Here’s what we know and what to expect.

In April 2016, Jane Elliot gave an interview to TV Insider and made it clear she would not renew her contract with GH when it ends in 2017. She told the website “I’m ready to hang up my pantyhose” adding that “As far as acting goes, I’m full. I am satiated.”

Now a new blind item is circulating on social media that is likely about Jane’s exit as Tracy Q. It says a soap is creating an “exit arc” for a veteran that won’t renew their contract in the Spring. All that aligns to Jane Elliot and her last story will be epic. 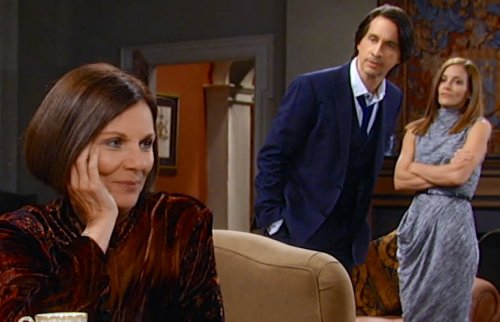 What’s a fitting end for a powerhouse actress that started on GH in 1978 and will have nearly 40 years on the soap when she leaves this year? Saving the hospital, of course. Tracy has been intimately involved with the hospital since she started the show.

Most think of her as the tough lady boss at ELQ, but with her beloved brother Alan Quartermaine (Stuart Damon) and frenemy/sister-in-law Monica Quartermaine (Leslie Charleson) so heavily involved at GH, it’s a major part of Tracy’s history.

Tracy has been more involved with the hospital building up to her final arc where she saves the hospital. Will they kill off the outspoken Q? Doesn’t seem likely, but you never know. Maybe they’ll retire her to the Caribbean to harass cabana boys. 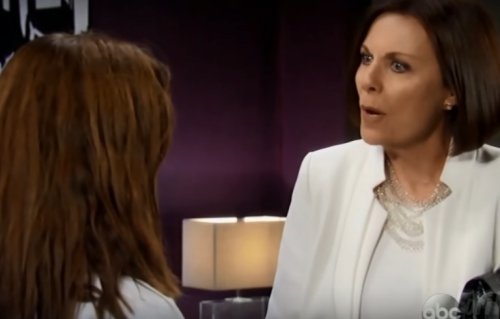 This hasn’t been spelled out yet in terms of plot, but Olivia Jerome (Tonja Walker) is the brains behind the plan to turn GH into high-price condos. It’s not that Port Charles needs more real estate, but Olivia has a grudge against the hospital.

She “died” there back in the early 90s and the GH staff didn’t save Duke Lavery (Ian Buchanan) but did save Julian Jerome (William deVry) and Sonny Corinthos (Maurice Benard) so she has a long list of imagined grievances with GH.

Olivia has ordered Julian to work with the board member to try and sell off the hospital. Paul Hornsby’s (Richard Burgi) killing spree helped Olivia but doesn’t seem to be her handiwork. The hospital was shut down and close to selling then Paul was caught. 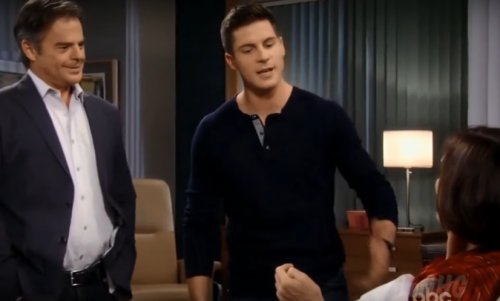 Worst of all, it was Olivia’s mortal enemy Anna Devane (Finola Hughes) that nabbed Paul which saved the hospital. Olivia will ramp up her plans soon to destroy GH and we already know it’s teetering on the brink of financial collapse.

That’s why Tracy brought Hayden Barnes (Rebecca Budig) in to help save GH. Hayden is like an aggravating daughter to Tracy and she’ll be central to Tracy’s final story. These two will work hard and will ultimately save the hospital.

But once that bit of business is taken care of, Tracy will be done in Port Charles. Whether she’ll walk into the foggy evening like was done with Luke Spencer (Anthony Geary) or go out in a violent blaze of glory isn’t known. 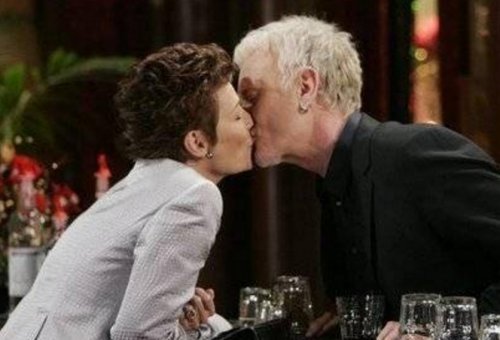 Wouldn’t it be great if Luke came to get her and he and his Spanky Buns rode off into the sunset together? That would be an amazing farewell to Tracy and a much better ending than the one we got with Luke in Summer 2015.

Will you be sad to see Tracy go? Do you hope she gets a happy ending with Luke after saving the hospital? Will you miss Jane Elliot’s legacy character? Share your comments below and tune into CDL often for the latest General Hospital spoilers and updates.