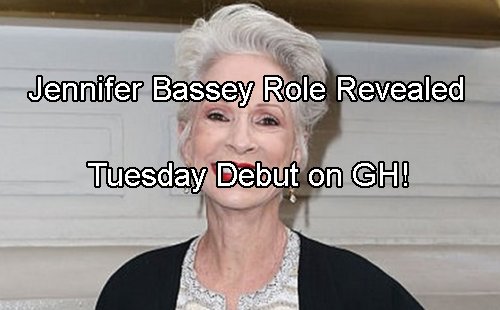 General Hospital (GH) spoilers reveal Jennifer Bassey shows up in Port Charles on Tuesday, June 20 but what role will she play? Is Jennifer reprising her All My Children role of Marian Colby Chandler? That doesn’t seem likely. Marian was in the nuthouse over on AMC so unless she’s rooming with Olivia “Liv” Jerome (Tonja Walker), it seems far likelier that she will play a new character.

Given the new mob threat coming this week – at the exact same time that Jennifer debuts in her new General Hospital role – perhaps she’s a lady mobster that has taken over a cartel after Sonny Corinthos (Maurice Benard) killed her husband (or son, or both). General Hospital sure loves its mobsters and with Ava Jerome (Maura West) out of commission, a new lady mobster could be fun.

Another intriguing idea is that Jennifer might be a Cassadine. Given Jason Morgan’s (Billy Miller) discovery that Costa Phillipos (Eddie Davenport) was under Helena Cassadine’s (Constance Towers) mind control, we know he’s not the mastermind that sent the Chimera to Jake Webber (Hudson West) in that magic set. With Helena dead, is someone else carrying out her deadly scheme? 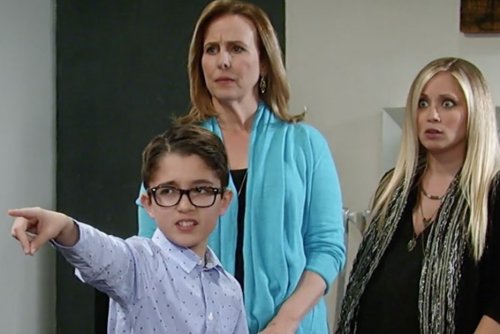 Jennifer Bassey is the right age to be a sibling of Helena. Not much is known of Helena’s life pre-Mikkos Cassadine (John Colicos). Helena might have an evil twin of her own. Jennifer could be Helena’s sister that no one has met before who took over for Helena once she died. There are also whispers that Jennifer might be Charlotte Cassadine’s (Scarlett Fernandez) beloved Nana.

Valentin Cassadine (James Patrick Stuart) is back on set shooting scenes, so his character isn’t leaving Port Charles. The WSB won’t be able to make their case against him so he’ll continue on. Nothing is known of his mother either except she doesn’t seem to have been murdered by Helena like Alexis Davis’ (Nancy Lee Grahn) mama was. Maybe Jennifer plays Mikkos’ other ex-lover and baby mama.

There are lots of intriguing ways that General Hospital could use Jennifer Bassey but bringing Marian Chandler over to Port Charles makes no sense. Nathan Varni did a recent interview and spoke about bringing over All My Children and One Life to Live characters where it makes sense, but what we’re seeing instead is a transfer of actors, if not roles. 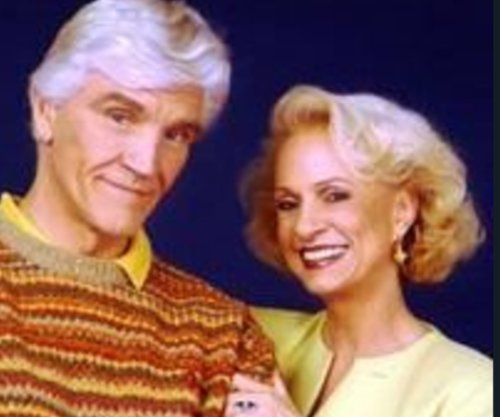 James DePaiva is on General Hospital shooting now but introducing OLTL’s Max Holden to the Port Charles character canvas would make zero sense. The same goes for introducing Marian. Let’s hope GH showrunners are tapping the talent from AMC and OLTL in a strategic way. Varni spoke about using new characters in guest arcs but not as permanent cast additions and that may be the case here.

Jennifer Bassey was set to debut on Monday, June 19 but an unscheduled GH preemption last week has pushed her debut until Tuesday, June 20. Are you excited to see whom Jennifer Bassey will play on GH? Share your comments below and tune into CDL often for the latest General Hospital spoilers, news and more.