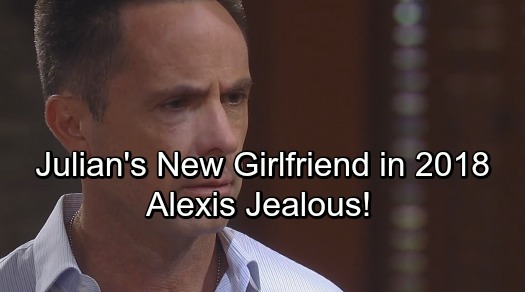 General Hospital (GH) spoilers tease that Alexis (Nancy Lee Grahn) and Julian (William deVry) have some issues to sort out. They need to work on themselves before they can even think about a reunion. These two definitely aren’t through with each other, but they’ve got a long road ahead of them. Soap love stories are complicated, especially when a pairing’s trying to overcome such a dark chapter.

Rebuilding “Julexis” is going to take some time and that’s OK. Alexis and Julian obviously need it. Nevertheless, fans of this couple will still see them in plenty of scenes together. General Hospital spoilers say the show will find excuses to put them in each other’s orbit. The more Alexis sees Julian, the easier it’ll become to tolerate his presence. She knows she enjoys it deep down anyway! 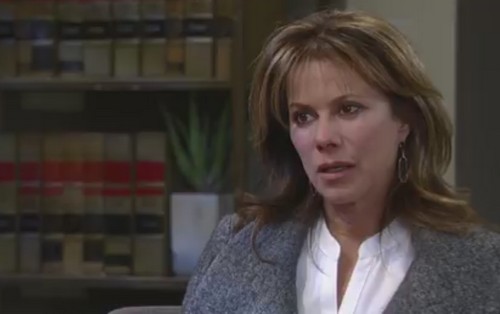 Still, things will remain tense as 2018 gets underway. General Hospital spoilers state that Alexis will rely on a new friend for support. She’ll form a bond with someone surprising, so it should be interesting to see what advice Alexis gets. GH fans will definitely see Alexis do some reflecting in the months ahead.

Meanwhile, Julian will have a few goals in mind. For starters, he’ll try to make progress with Olivia (Lisa LoCicero). General Hospital spoilers say Julian will be determined to earn a spot in Leo’s (Pressly James Crosby) life. He was a bit pushy when they took Leo to see Santa, but he’ll try a softer approach next time. Julian will realize that a sweet strategy is better than an aggressive one in this case.

As for Julian’s love life, we could see some intriguing developments. A little piece of Julian will always hold out hope for Alexis, but he’ll consider other romantic options soon. Julian may try his best to forget the past and move on. 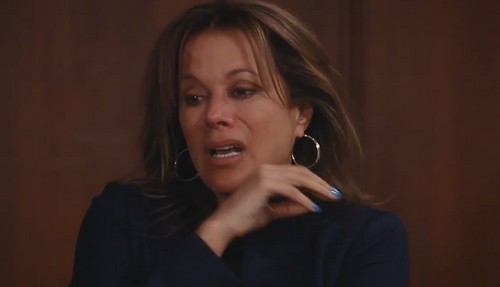 Who might catch Julian’s eye down the road? There aren’t a ton of available women floating around town. Since GH will eventually reveal some dark secrets in Drew’s (Billy Miller) past, maybe Kim (Tamara Braun) secretly likes a bad boy. She seems like the no-nonsense type these days, but you never know when a spark could strike. Sometimes passion defies logic.

No matter who Julian flirts with, jealousy could be brewing for Alexis. Will Julian’s new love interest convince her reclaim her man? Is letting go the best thing Julian could do for his reunion chances? We’ll give you updates as other GH news comes in. Stick with the ABC soap and don’t forget to check CDL often for the latest General Hospital spoilers, updates and news.