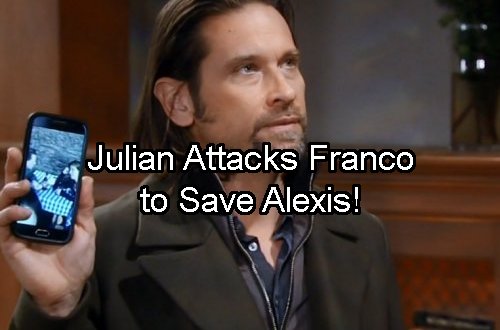 General Hospital (GH) spoilers reveal that Julian Jerome (William deVry) is convinced that Alexis Davis (Nancy Grahn) killed Tom Baker (Don Harvey). Not only did Alexis confess the crime to Julian but Franco (Roger Howarth) placed her at the scene of the crime at the time of the dark deed.

Franco threatened to go to the cops after Alexis refused to come clean to the PCPD that she was at Gene’s Branford Roadhouse boozing with Tom right before he died. Alexis is terrified Franco will go to the cops but lucky for her, he’s not inclined to rush down and help them out. 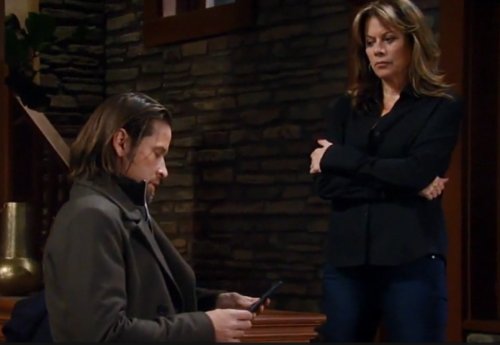 Franco doesn’t want to turn in Alexis because it would hurt Sam Morgan (Kelly Monaco) and Franco feels like he owes many amends to her for the staged fake rape and letting her think for a long time that Danny Morgan (TK Weaver) might be his son and not her husband’s.

Julian will take advantage of the lag in time when Franco mulls over what to do next and will send a mob minion after the reformed serial killer. Julian wants to silence Franco so he doesn’t rat out Alexis. GH fans know that neither Alexis or Franco killed Tom, it was a third party. 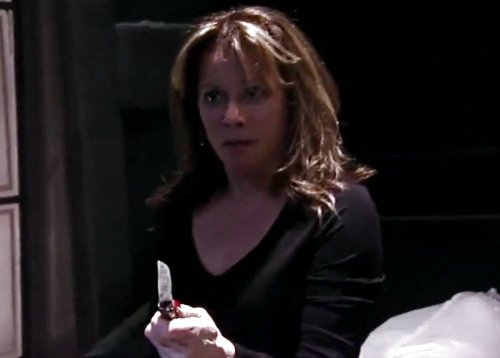 Seth Baker (Michael Rodrick) is a much likelier suspect but Julian, Alexis and Franco are clueless about his actions or intentions. Julian truly loves Alexis and we’ll find out in coming days that he never intended to kill her last year. He was already under someone else’s thumb.

Julian is doing the bidding of the mystery boss and he may not know yet that it’s his older sister Olivia Jerome (Tonja Walker) back from the dead pushing him around. Julian is trying to prove his love to Alexis so he’ll defend her from a murder charge the only way he knows how. 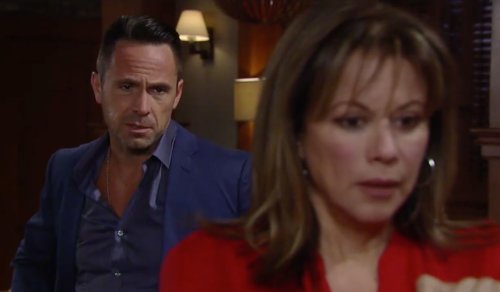 Julian has proven he has no problem killing for someone else, so harming Franco to protect Alexis is something he would definitely do. Franco is attacked on Friday, January 13 and struck from behind. Did Julian send a mob minion to hurt Franco or to kill him?

Julian will stop at nothing to protect Alexis. That’s why he didn’t turn her in for running him down with her car at the roadhouse and that’s why he won’t hesitate to hurt Franco to stop him from telling the Port Charles cops that Alexis was with Tom the night he died. 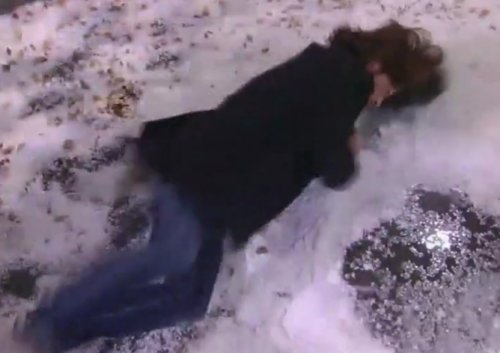 Now Julian has to save her from herself. He’s going to get her to go to Alcoholic’s Anonymous and clean up her boozy act – and he’s also going to silence Franco at all costs. Will Alexis accept Julian’s help? How will she react if she figures out Julian ordered the attack on Franco?

Share your comments below and check back with CDL for the latest General Hospital spoilers and updates.