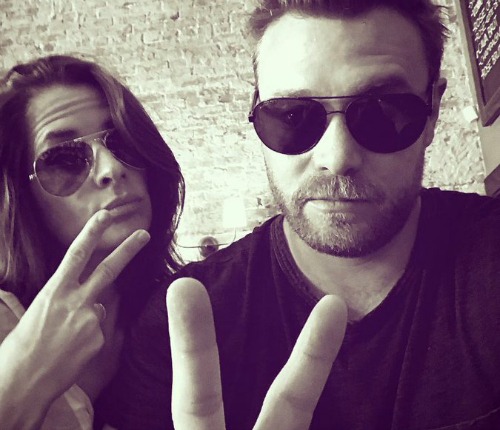 General Hospital (GH) spoilers tease that Patient Six (Steve Burton) and Jason (Billy Miller) will continue to fight for the same title. It’s been a great story so far and most of us can’t wait to see what’s next. Unfortunately, some fans are taking their enthusiasm for their preferred Jason too far. It’s leading to hate on social media, so the GH stars involved felt the need to address it.

The latest round of twin drama started with an innocent, friendly gesture. Bradford Anderson (Spinelli) and Burton are part of a band called Port Chuck. They’ve been doing some traveling with the rest of the group lately for shows and meet-and-greets. Of course, that means Anderson and Burton have been spending a lot of time together. 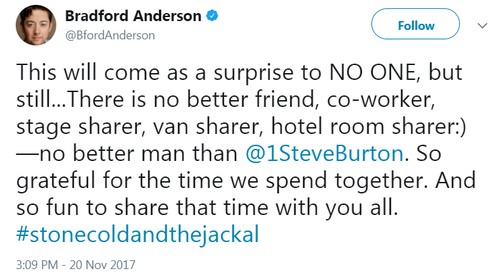 As a result, Anderson wanted to give Burton a shout-out when they wrapped up their latest gigs. He sent out a tweet to let Burton know he was grateful to have him as a pal. Anderson said, “This will come as a surprise to NO ONE, but still…There is no better friend, co-worker, stage sharer, van sharer, hotel room sharer :)—no better man than @1SteveBurton.”

Anderson was just acknowledging his buddy, but some hardcore Billy Miller fans came after him. For some reason, they thought Anderson’s praise for Burton was a dig at Miller. Anderson quickly replied to one hateful tweet in an attempt to contain the situation.

“This was not a statement on Billy,” Anderson said. “Steve and I are great friends and just finished a wonderful trip visiting with fans. He’s been an incredible friend to me, that’s all. We love Billy and he’s doing a great job.” It wasn’t long until Kelly Monaco voiced her opinion as well. She naturally tried to shut down the crazies.

Monaco tweeted, “Hey @generalhospital fans, #killy appreciates any love but never bullying. We respect our coworkers please do the same.” She included a picture of herself flashing a peace sign along with Miller. Monaco has made it pretty clear that she supports the current version of “JaSam,” but that doesn’t mean she approves of Burton bashing. GH watchers should promote what they love instead!

Monaco finished things off with one more tweet about in case people didn’t get it the first time. “We #choosekindness,” Monaco said. “#Billymiller and I appreciate any support but not at the expense of our costars.” She added a clip of some finger-wagging with Miller. It’s nice of them to chime in and hopefully tame the unreasonable rage!

What do you think about all the online fan wars? Are they getting out of control? General Hospital spoilers say the twin storyline’s about to heat up, so let’s leave the drama on screen. We’ll give you updates as other GH news comes in and fans react. Stick with the ABC soap and don’t forget to check CDL often for the latest General Hospital spoilers, updates and news.

Hey @GeneralHospital fans, maybe you didn’t hear us. We #choosekindness. #billymiller and I appreciate any support but not at the expense of our costars. #killywithkindness #HappyThanksgiving #let’sallplaynice #gh pic.twitter.com/raSPWBawPo