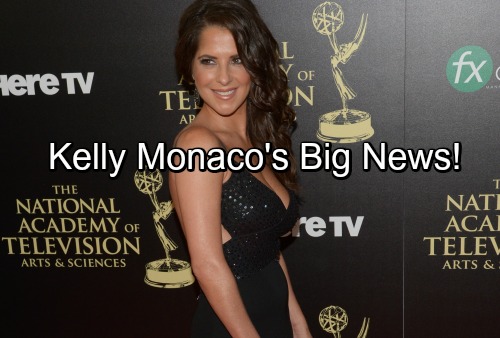 General Hospital spoilers reveal that Kelly Monaco has reached a huge milestone. Here at CDL want to wish her big congratulations. Keep reading to find out what the actress is celebrating today. October 1, 2003 was a special day for the star. That is when she first appeared on the ABC soap opera. That makes today her 14-year anniversary of playing Sam McCall. She has been a major player during the years.

Kelly Monaco grew up on the East Coast and was an active participant in sports. The actress has often said that she is a born competitor. This makes sense considering her upbringing. It is reported that her father was an outdoorsy man who loved to hunt. Her mother taught figure skating and was once hopeful of competing in the Olympics.

She was also involved in theatre, speech and debate during her teen years. Her figure and flawless face gave her a shot in modeling. She was successful and as many models do, landed herself a sweet acting gig. 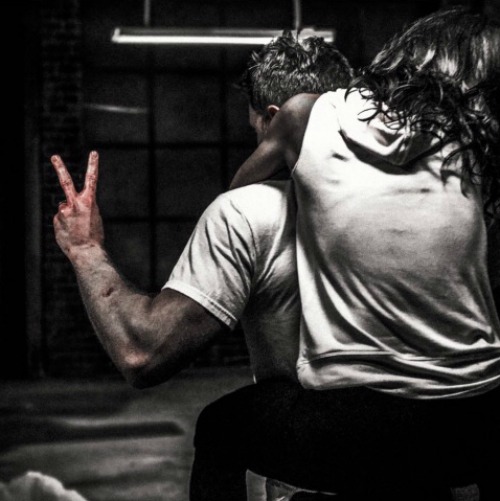 However, it wasn’t GH, but a role on Baywatch in which she made her acting debut. She was made for the life due to her experience as a lifeguard.

Over the years, General Hospital spoilers teased complications in the life of Sam McCall. Currently, this is no exception as Jason (Billy Miller) fought for his life in the hospital.

Unlike many soap opera stars, who sometimes get forgotten, people are invested in Sam’s story. Considered a soap veteran, General Hospital spoilers reveal that her compelling storylines will continue.

There are a lot of interesting facts about this woman. She reportedly suffered hearing loss from scuba diving. When appearing on Dancing with the Stars, she was the lowest scored contestant. However, being a born competitor, she showed them all by winning DWTS in the end.

The Italian American actress not only stars on GH, but had roles on Port Charles, as well. We would like to give a big shout out to Kelly Monaco for her great achievement. Happy 14-year anniversary and hopefully, she will remain on daytime series for a long time. Keep watching the ABC soap and check back often with CDL for the latest General Hospital spoilers, updates and news.