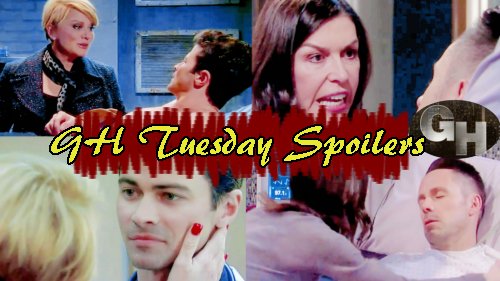 General Hospital (GH) spoilers for Tuesday, March 7 reveal Valentin Cassadine (James Patrick Stuart) is having a tough day while preparing for the custody case to try and keep his daughter Charlotte Cassadine (Scarlett Fernandez) in his life.

Nina Cassadine (Michelle Stafford) is in her office at Crimson debating if she can trust her husband and show up in court. She knows if she fails to appear, Valentin could lose the custody case and that means Charlotte could be out of Nina’s life.

Laura tells Nina they can both have what they want. Laura wants Valentin out of Charlotte and Lulu’s lives and Laura knows Nina wants Charlotte. Will Laura offer Nina a side deal to remain in Charlotte’s life if she cuts out Valentin?

Downstairs, Nora Buchanan (Hillary B Smith) tells Valentin he needs to get Nina to show up to court to be at his side to present a united front. Nora isn’t confident they will get the result he wants without him proving he’s got a stable family life.

Also downstairs, Lulu tells Dante they need to push the advantage of the Nina-Valentin fight. Laura missed the part where Dante said that’s a bad idea and could push Nina back into Valentin’s corner. Could that be what happens or will Nina cut the deal then betray Laura? 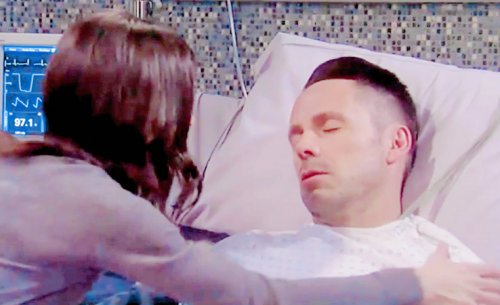 Anna Devane (Finola Hughes) has no patience for Julian Jerome (William deVry) being unconscious after his ordeal locked in Olivia “Liv” Jerome’s (Tonja Walker) trunk. Anna slaps him to try and wake him up and demands to know where Liv is.

The PCPD is trying to get Julian’s family locked down and safe so Liv can’t get to them. Anna hasn’t yet realized Robin Scorpio (Kimberly McCullough) is missing. Anna will soon have to face the demons of her past and it’s not pretty. 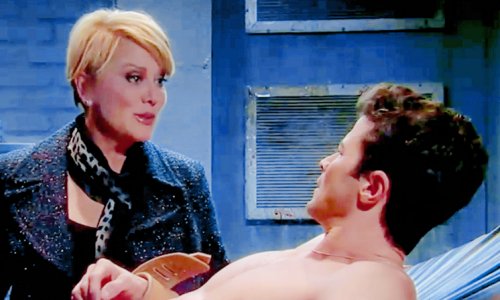 Liv is down in the basement of GH with both Robin and Griffin Munro (Matt Cohen). Liv is completely off her rocker and thinks that she can make Robin use Helena’s machines to somehow transform Griffin into Duke so they can be together again.

Griffin is tied to a gurney and shirtless in the basement and horrified that the woman obsessed with his father Duke Lavery (Ian Buchanan) now seems to be obsessed with him. Liv gloats about them spending the rest of their lives together but Griffin is horrified.

Share your comments below on these exciting spoilers for Tuesday, February 7 and then tune into CDL often for the latest General Hospital spoilers, news, and updates.