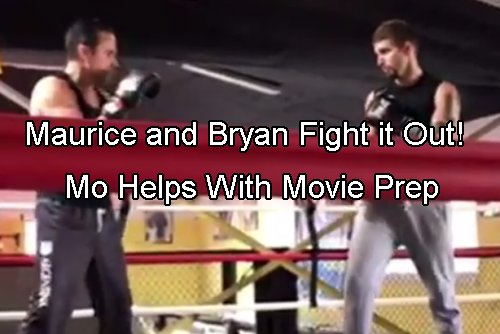 General Hospital (GH) spoilers reveal that Bryan Craig (ex Morgan Corinthos) is busy boxing lately to prepare for a new film role and he’s getting some tips and training from his on-screen Port Charles daddy Maurice Benard (aka Sonny Corinthos). Bryan shared some pics of the duo together working out but he’s since deleted the pic off his social media.

The most important piece of information about this revelation is not that Bryan and Maurice are hanging out but why they’re hanging out. It looks like Bryan Craig has finally landed another movie role. When Bryan left General Hospital, he had just landed the BMX move Ride, but that was in late 2016. Since then, his IMDB page has been virtually silent.

What’s more, Bryan has shared numerous times on Twitter that he was frustrated with the audition process often lashing out at industry contacts, without naming names, for being jerks or thinking they were better than others. However, Bryan always goes back and deletes his tweets later usually leaving just a few days’ worth of posts on his timeline. 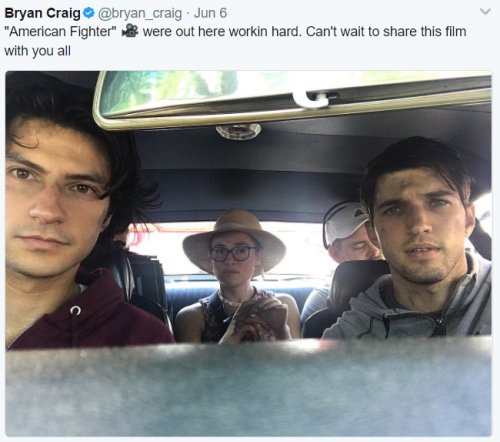 But now, Bryan shared that he’s landed a new role and is on set filming. The movie is American Fighter and is the sequel to American Wrestler. He will co-star with George Kosturos in the film that falls under the umbrella of Warner Brothers and is being produced by ESX Entertainment. That’s the same production company that produced Ride, Bryan’s other indie film.

It seems that Bryan is one of the two leads of this film that deals with ultimate fighting and he’s been at the gym boxing regularly and training for the role. Bryan has posted a handful of videos of his intense training regimen and the video below is of him sparring with Maurice Benard at the gym. It seems the soap father and son share a real life bond as well as the one we saw on screen. 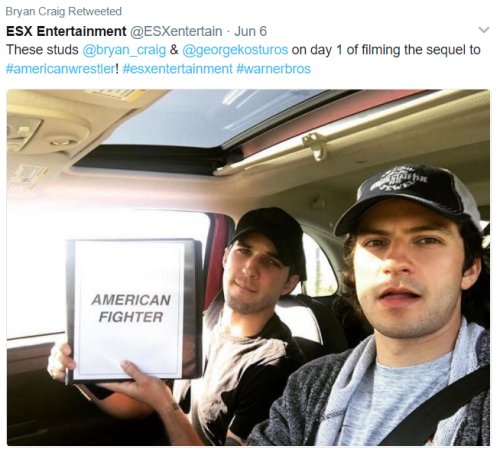 Bryan posted that video back in mid-January and tagged Maurice Benard on it and captioned it “training for a new project.” It’s nice that Maurice and Bryan still find time to hang together and it’ll be exciting to learn more about his project. As of now, it’s still not on IMDB even though production began this week. Once there’s more to report, we’ll update you on Bryan Craig’s new project.

Share your comments on Bryan Craig’s exciting new project and how Maurice Benard is stepping up to help his former TV son get ready for the role. Be sure to tune into CDL often for the latest General Hospital spoilers, news and updates.