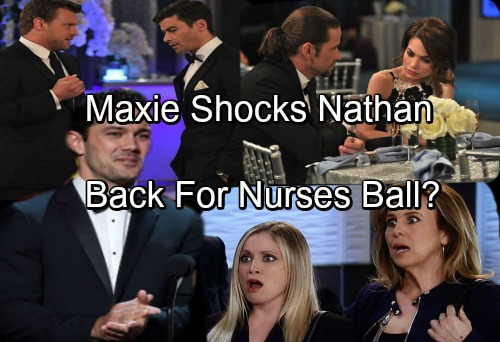 General Hospital (GH) spoilers tease that Kirsten Storms is set to return as Maxie in the near future. On May 3, Storms responded to a fan who was curious about when Maxie would show up again. She tweeted that she’d be back “soon-ish.” Since Storms didn’t give an exact date, perhaps General Hospital is keeping the news under wraps.

GH viewers know that the Nurses’ Ball is always filled with fun surprises. Could Maxie’s return be one of them? Poor Nathan (Ryan Paevey) has been down in the dumps without his wife. He really misses Maxie, but she’s been in no hurry to come home. Maxie has chosen to focus on her career instead. 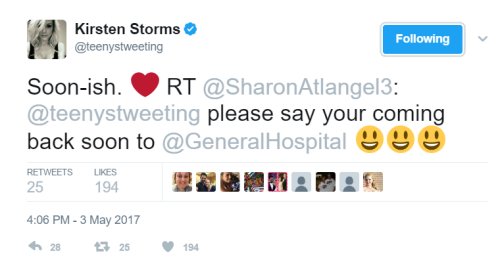 Nina (Michelle Stafford) offered Maxie her old job, but even that wasn’t enough to lure her away. Maxie’s response indicated that she wasn’t sure when or if she’d return to Port Charles. Luckily, we know Maxie will be back. She’s apparently just going through a crisis of some sort.

Maxie should discover what’s truly important to her soon. Maybe Nathan will call Maxie and reveal how hurt he is. The least she could do is give her husband a straight answer about their future. Maxie might have a change of heart after she hears from Nathan. She could realize that he’s in a lot of pain. 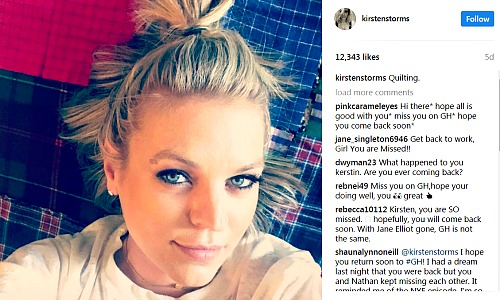 After mulling it over, Maxie could determine that she has to put her marriage first. She could decide that Nathan desperately needs her right now. Many General Hospital watchers would love to see a Nurses’ Ball reunion for Nathan and Maxie. She could surprise her hubby with an unexpected appearance at this year’s bash.

Maxie might even pull off a grand gesture at the event. She could use it to apologize to Nathan for shutting him out. The problem isn’t that Maxie pursued an opportunity out of town. The real issue is that these two aren’t on the same page. They aren’t working as a team to figure out what’s next. 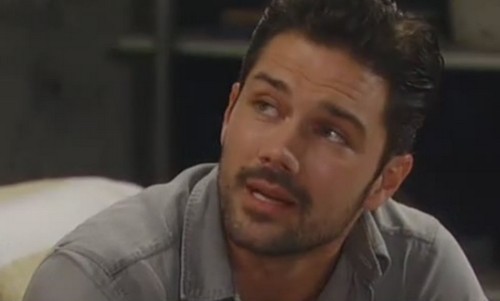 Of course, a General Hospital Nurses’ Ball comeback wouldn’t solve everything. Nathan and Maxie still need to learn how to communicate. Nurse Amy (Risa Dorken) could stir the pot as well. She seems to be up to something!

Whatever the case, it will definitely be nice to have Maxie in Port Charles again. The sooner, the better. We’ll give you updates as other GH details emerge. Stick with the ABC soap and don’t forget to check CDL often for the latest General Hospital spoilers, updates and news.