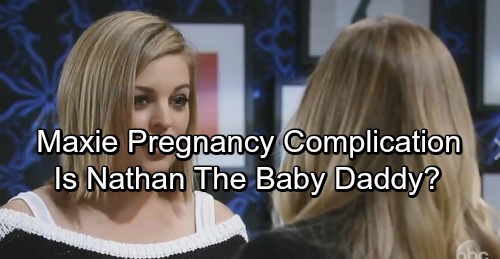 General Hospital (GH) spoilers suggest there is a lot more to Maxie Jones’ (Kirsten Storms) hesitation to having a baby right now; other than calling it a “complication.” GH fans know that Maxie is famously known for being selfish, and would do anything to manipulate a situation to ensure the result would end in her favor, so why would it be any different now?

GH’s Maxie loves her husband, PCPD Detective Nathan West (Ryan Paevey), we’d like to say more than anything in the world. But this past week, when her BFF Lulu Falconeri (Emme Rylan) suggested she get a pregnancy test, Maxie seemed revolted at the thought. Even though Maxie knows Nathan would be over the moon about becoming a father she went so far as to call the baby a “complication” – claiming it would change the life she absolutely loves, but is that all there is to it? 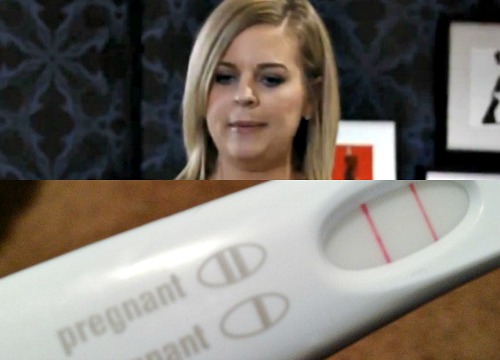 General Hospital spoilers tease that Maximilliana “Maxie” Jones has done some questionable things through her lifetime, some pretty deplorable, including keeping Lucky Spencer (then-Greg Vaughan), high on drugs, so he would keep an illicit relationship with her while married to her nemesis, Elizabeth Webber (Rebecca Herbst).

Maxie, is the type of person, who would use any situation to her advantage, so while she may not openly admit it, if this baby was without a doubt Nathan’s, we all know she would use the situation 100% to keep Nathan at her side. 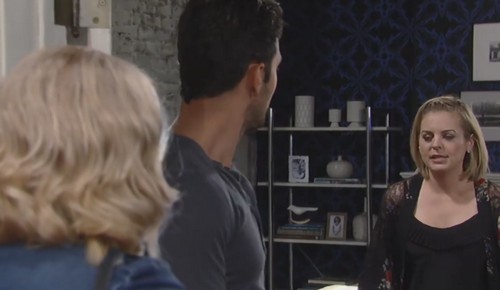 GH viewers of the ABC soap opera, who see her struggle with her husband’s closeness with “needy nurse” Amy Driscoll (Risa Dorken) and her sick and injured veteran brother, Chet (Chris van Etten); might soon understand why the pregnancy is going to play a key role in either making or breaking this already fragile marriage. Maxie has been gone for a long time, working off in Oregon, while Nathan patiently waited for her in Port Charles.

The only thing that is truly clear, at this point is that Nathan only had eyes for his beloved wife, and made every attempt to spend time with her whenever he wasn’t working, but we didn’t quite see the same from her. Remember her one hour flight lay-over that she attempted to squeeze time with him into?

Is it possible there was more going on with her, while she was on the other side of the country? Why else would a woman who claims to completely adore her husband, be devastated at the news that she would be having a baby with the man she vowed to spend the rest of her life with? So either, as Lulu said, they made up, in rapid time, for all their time apart and she got pregnant the second she got home, or there simply has to be someone else. What do you think is going on?

Be sure to tune into ABC’s General Hospital (GH) to catch up on everything that is going on right now in Port Charles. Check CDL General Hospital spoilers often for updates, news, and spoilers.