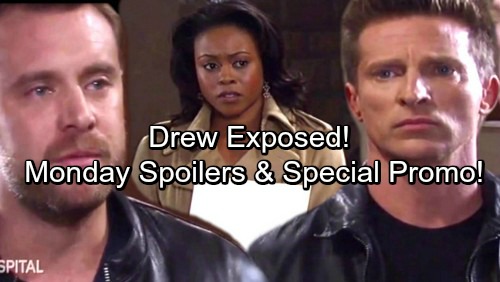 General Hospital (GH) spoilers update for Monday, November 13, tease that Alexis (Nancy Lee Grahn) will stop by Nora’s (Hillary B. Smith) office. Valentin (James Patrick Stuart) paid Nora to represent Liv (Tonja Walker), so that link’s about to come back into play. It looks like Nora will let Alexis in on a real shocker.

Alexis will want to chat about using Liv to help Julian (William deVry). Naturally, Nora will wonder how in the world that’s supposed to work. She may dismiss the idea, but Alexis will soon get a hot scoop. Once she finds out Valentin (James Patrick Stuart) is in the mix, she’ll think she can toss around a few threats and use this info to her advantage. 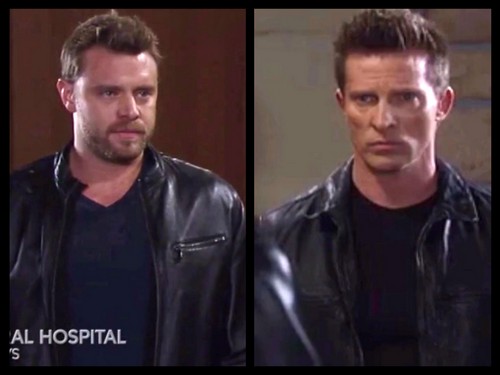 Elsewhere, Nelle (Chloe Lanier) will eavesdrop on an intriguing conversation. The wheels will start turning thanks to whatever she overhears. General Hospital spoilers say Nelle will also bump into Michael (Chad Duell) at The Floating Rib. He’ll surprise her by being a little more approachable this time.

At GH, Chet (Chris Van Etten) will continue to push Amy (Risa Dorken) away. She just wants to help, but Chet thinks he’s a lost cause. Nathan (Ryan Paevey) will get caught in the conflict on Monday. Since he’s butting in their business, Chet will ask Nathan to get rid of Amy for him. He won’t be in the mood for visitors, but Nathan will do what he can to change his mind. 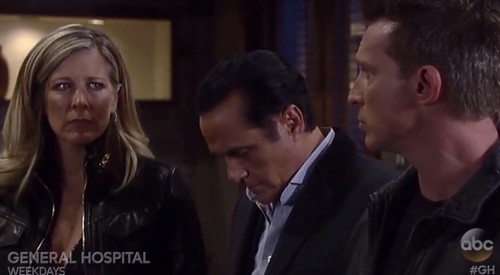 Other General Hospital spoilers say Lulu (Emme Rylan) will pop in at Crimson. She’ll talk to Maxie (Kirsten Storms) about some personal issues and Maxie will open up about her own. Suddenly, Maxie blurt out that she has an idea. She’ll think she has the solution to all their problems, but that may not be the case. When Maxie’s involved, consequences are always looming!

Lulu might score a job at Crimson, but she’ll get into some trouble that irks Dante (Dominic Zamprogna) down the road. In the meantime, Jordan (Vinessa Antoine) will explain the DNA situation to a confused Sonny (Maurice Benard) and Carly (Laura Wright). Jason (Billy Miller), Sam (Kelly Monaco) and Patient Six (Steve Burton) will chime in with news about a potential living twin. 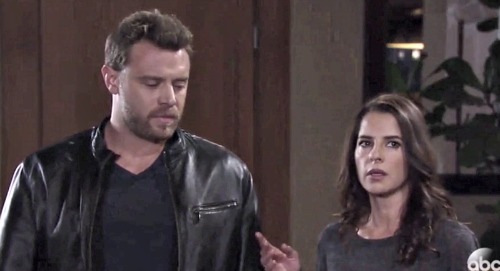 Since P6 and Jason have the same DNA, they’ll realize that’s the only explanation. Sadly for Patient Six, Jason will identify him as Drew and it looks like the people in the room are agreeing. Check out the special Monday extended preview below to watch the shockers unfold.

Across town, Franco (Roger Howarth) will be on the hot seat. Scott (Kin Shriner) will feel like this chaos has gone on long enough. He’ll get in Franco’s face and demand the truth about which twin is the real Jason Morgan.

Franco will do his best to keep a lid on that bombshell, but he’ll have to go ahead and drop another one. Patient Six, Jason and the rest of the posse will want some answers about Andrew. When pressed, Franco will confess that Drew could be alive. He’ll note that the death certificate might be fake, so the search for Drew details will begin.

GH fans won’t want to miss all the excitement. We’ll give you updates as other news comes in. Stay tuned to the ABC soap and don’t forget to check CDL often for the latest General Hospital spoilers, updates and news.