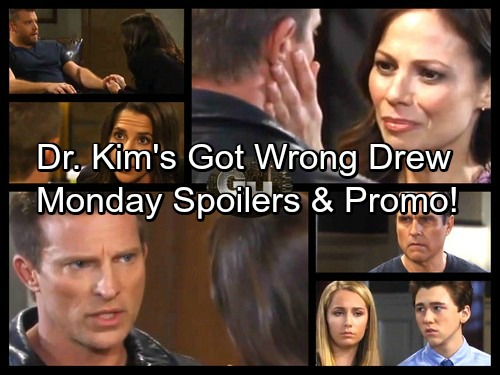 General Hospital (GH) spoilers for Monday, November 27, tease that Kim (Tamara Braun) will struggle to believe her eyes. She just leapt to her feet and called Patient Six (Steve Burton) by the name “Drew.” Kim will rush over to the man she believes is her ex. She’ll touch his face and wonder how this is happening.

A distressed Patient Six will contend that Kim’s confused him with someone else. Carly (Laura Wright) and Sonny (Maurice Benard) will probably jump in here, too. They’ll mention that classic Jason has an identical twin, so Kim will be even more perplexed.

Oscar (Garren Stitt) and Josslyn (Eden McCoy) will be taken aback by all this as well. At least their mission to find Oscar’s father just got a little easier. They’ve narrowed it down to two options, so it’ll be interesting to see what Joss and Oscar do next.

In the meantime, Sam (Kelly Monaco) will take current Jason’s (Billy Miller) hand. She’ll realize he’s upset, so she’ll do her best to be there for him. Sam will ask what Jason’s really afraid of. She may remind him of her commitment, but that won’t be enough for Jason. He wants Sam to believe he’s the true Jason Morgan. Sadly, that’s a declaration Sam just can’t make at this point. 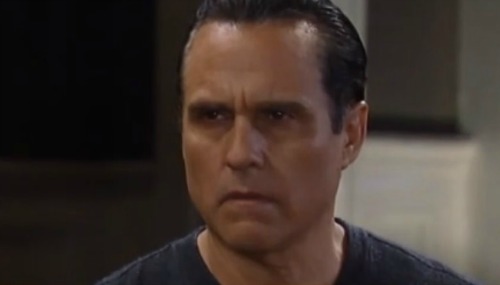 Other General Hospital spoilers say Dr. Bensch (James DePaiva) and Alexis (Nancy Lee Grahn) will have a tough chat. They shared a kiss, but Dr. Bensch may not buy that he’s the one she wants. Alexis is still stuck on Julian (William deVry), so the idea of moving on is difficult for her.

Dr. Bensch will suggest that he thinks about kissing Alexis more than he should. They’ll have an awkward conversation as they try to figure out if they’re on the same page. No matter what Alexis says, there’s no way these two can last for long. General Hospital is obviously inching toward a “Julexis” reunion. 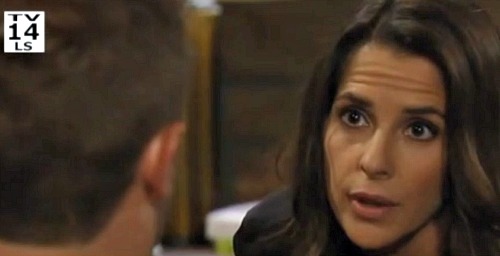 At GH, Kiki (Haley Erin) will inform Griffin (Matt Cohen) that he can relax about Ava (Maura West). She’ll think her mom’s dropped the whole experimental treatment thing. Unfortunately, Ava hasn’t dropped it at all. She’ll meet with a new doctor while Griffin and Kiki debate the situation.

Ava’s doc will take a look at her face and offer his opinion. He may be skeptical about full restoration, but Ava will provide Dr. Klein’s (Gene Farber) formula. She’ll hope that this risky procedure will finally put an end to her appearance woes.

Some doubts will emerge for Ava later, but she’ll certainly display determination during this appointment. We’ll give you updates as other GH news comes in. Stick with the ABC soap and don’t forget to check CDL often for the latest General Hospital spoilers, updates and news.