General Hospital Spoilers: Morgan’s Return Ruins DA Case Against Ava – She Gets Away With Crimes Again 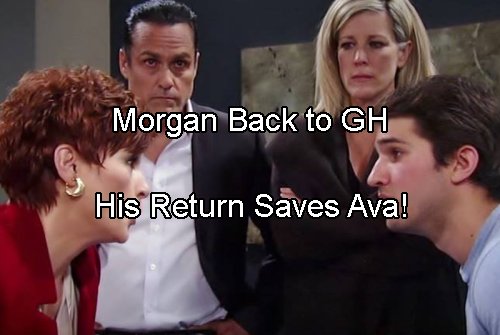 General Hospital (GH) spoilers reveal that Morgan Corinthos (Bryan Craig) will be back soon and his return will ruin the case against Ava Jerome (Maura West). General Hospital spoilers and buzz hint that the ABC soap is shaking up things and bringing back some familiar faces to spike ratings. One of them is Bryan Craig as Morgan. The actor is making a movie now, but sources tease once that wraps, he’ll do a short arc back on GH and then will drop to occasionally recurring.

Right now, the charges against Ava are that she tampered with Morgan’s medication and contributed to his death. The person that technically killed Morgan was Olivia “Liv” Jerome (Tonja Walker) with the car bomb that was intended to take out their brother Julian Jerome (William deVry). But if Morgan wasn’t killed, that greatly diminishes the crime that Ava can be charged with related to the pill swapping. Sure, the drug tampering did harm Morgan but if he’s alive, no permanent damage was done. 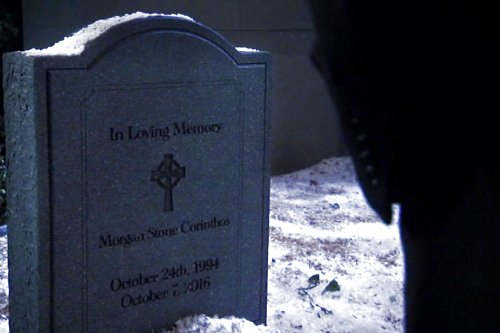 What also matters in a criminal case is intent. Ava never intended Morgan to be seriously harmed and definitely never meant for him to die. There’s plenty of evidence that Ava loved Morgan and seeing him grievously injured was never something she wanted. Right now, General Hospital fans know that Ava is suffering for the errors she made in a horrific way. She’s burned over 50% of her body and seems to have lost the will to live. Griffin Munro (Matt Cohen) revived Ava, but she won’t survive if she doesn’t want to.

Sonny Corinthos (Maurice Benard) and Carly Corinthos (Laura Wright) still plan to punish Ava using the court system if she survives her injuries but they sure are lurking like vultures at the burn unit to see if she kicks the bucket. As of now, Morgan’s return is not going to come while Ava is still in the hospital recovering. Ava has many months of painful recovery ahead of her and Griffin will be there as a friend to support her. But Ava also knows the hounds are circling, waiting to put her in handcuffs. 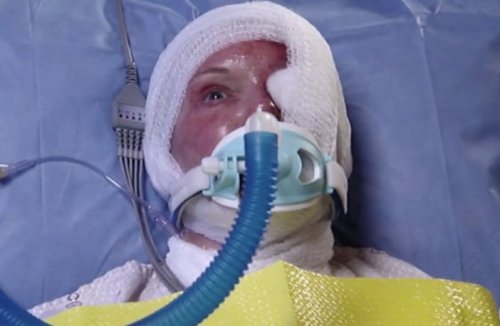 Ava feels guilty about her role in what happened to Morgan but she also doesn’t want to go to prison for it. But as her burns heal, she knows that a terrible fate awaits her and she’s likely to spend years in Pentonville. General Hospital buzz is that as Summer cools off and Ava’s burns heal, it will be time for Morgan to come back and save Ava from her awful fate. Morgan won’t be happy about what Ava did to him but the bottom line is that she won’t spend long in jail (if she even goes at all).

Sonny and Carly will be torn by this outcome. They’ll be thrilled to discover that Morgan is alive but furious that Ava won’t pay for her crimes like they think she should. That might have Sonny ready to go gunning for her again. Share your comments on this coming twist and tune into CDL often for the latest General Hospital spoilers and news.