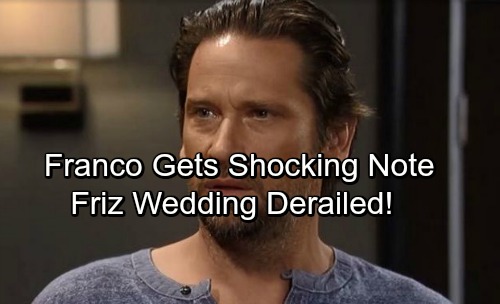 General Hospital (GH) spoilers tease that Franco (Roger Howarth) will want to lock Liz (Rebecca Herbst) into a marriage as soon as possible. He asked her to elope, which undoubtedly caught Liz off guard. It’s clear that Liz is in love with Franco, but she may not understand what the rush is.

Of course, General Hospital fans can answer that. It’s easy to see why Franco wants to hurry Liz to the altar. Franco is dealing with major insecurities involving both twins. He feels like Jason (Steve Burton) poses a threat to his relationship since he’s so full of hate. Jason would certainly like to get Liz out of this relationship. 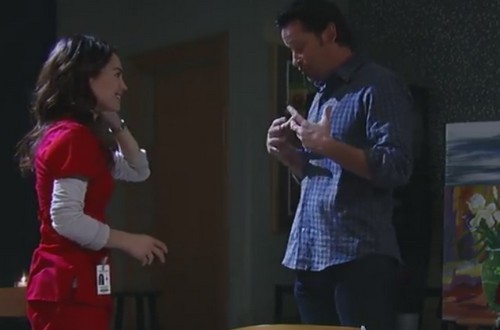 Franco also knows that Liz feels a strong connection to Drew (Billy Miller). He’ll continue to worry about a potential reunion. Moving up the wedding would go a long way toward easing Franco’s mind. Will Liz be on board with tying the knot before Christmas? That’s what Franco’s hoping for, but we’ll see what Liz decides. She may want to give her boys time to adjust to the news first.

Then again, Liz has been downright giddy over her romance lately. Anything can happen when love is in the air and the holiday spirit is warming hearts. Regardless, big trouble’s looming for Franco. He’s had plenty of opportunities to reveal his secret to Liz. Franco nearly came clean, but he ultimately lost his nerve after an unexpected interruption. You can bet that Franco will regret not coming clean sooner. 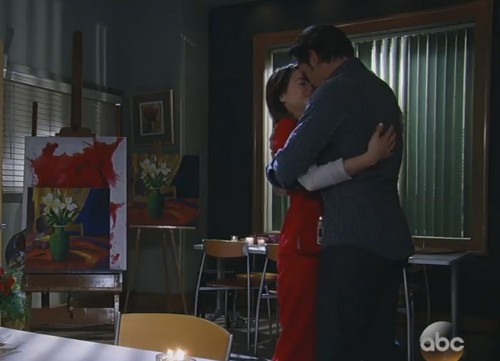 On December 21, GH spoilers say Franco will receive something mysterious. He’ll get a puzzling note, so it sounds like this could be some sort of anonymous warning. Will someone find out Franco’s secret and taunt him with it? Perhaps this note could be an “I know what you did” kind of thing.

If Franco talks to Andre (Anthony Montgomery) again or maybe confides in someone else, an eavesdropper could be lurking. That could cause chaos for Franco! He’s already under a crazy amount of pressure and this should just make it worse. Franco probably has another round of poor choices in his future.

How will Liz eventually learn about Franco’s deception? Can Liz forgive Franco for keeping everyone in the dark on the real Jason Morgan? Will Jason and Drew explode? General Hospital spoilers say some great drama’s looming. We’ll give you updates as other GH details emerge. Stick with the ABC soap and don’t forget to check CDL often for the latest General Hospital spoilers, updates and news.