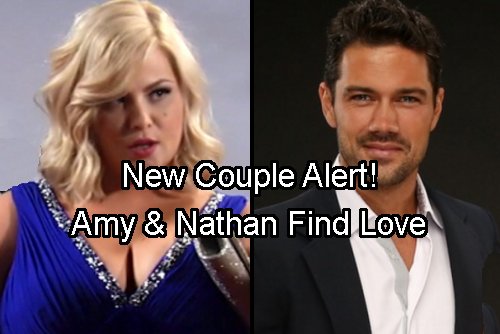 General Hospital (GH) spoilers reveal that Nathan West (Ryan Paevey) gets bad news from Maxie Jones (Kirsten Storms) and then bad news about Maxie that has him wondering whether his wife is the woman for him. This could be another nail in the Naxie coffin.

On Wednesday’s GH, Nathan is excited to hear from Maxie and expects her back in Port Charles the next day. However, Maxie calls with bad news. Her stay in Portland will be extended. Nathan isn’t happy about this update and GH spoilers reveal Nathan begins to doubt she’ll ever come home.

After the unwelcome phone call from his estranged wife, Nathan heads over to the MetroCourt and gets rounded up by Lucy Coe (Lynn Herring). Lucy hijacks Nathan into helping her with the Nurse’s Ball, along with his partner Dante Falconeri (Dominic Zamprogna). 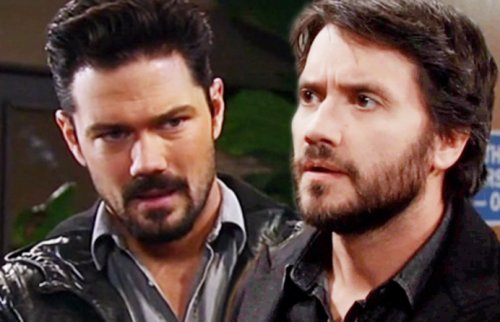 It’s the Nurse’s Ball that will bring Nathan closer to someone unlikely – Nurse Amy Driscoll (Risa Dorken). We learned recently that Amy went to high school with Dillon Quartermaine (Robert Palmer Watkins) and also, Maxie. We know Amy had a big crush on Dillon, but more comes out soon.

When Amy and Nathan spend time together working on the Nurse’s Ball, some interesting information crops up. Nathan learns that Maxie went to school with Amy. Shockingly, Nathan also learns that Maxie bullied Amy when they were in school together.

GH spoilers reveal Amy is still holding a grudge against Maxie and who can blame her? Turns out Maxie was pretty horrible to Amy. There’s been no reveal if Maxie was fat shaming Amy or was just being a general bully. Either way, Nathan won’t like hearing this. 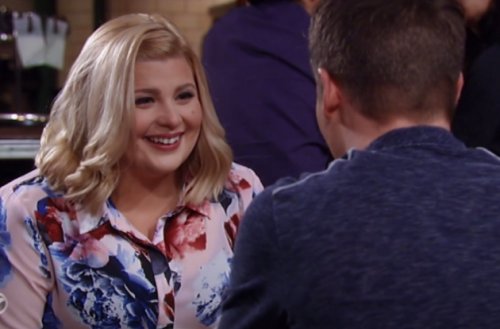 Nathan knows Maxie has a shady past, but cruelty is something else entirely. We’ll also see Amy with a photo of Nathan and Maxie and she shreds it so she has the half of Nathan but tears Maxie out. As May goes on, Nathan begins to question his future with Maxie as he bonds with Amy.

Then as the Nurse’s Ball is about to happen, Nathan steps up for a damsel in distress that is none other than Amy. This is all interesting but there’s also a blind item in the soap magazines that indicates the “honeymoon is over” for one couple and the male will go in a surprising direction.

If this blind item is about Nathan and Maxie, it would certainly be a surprise to pair uber-hunk Nathan with the lovely and talented Nurse Amy. If so, Maxie will be stunned to come home to find out she’s lost her handsome husband to the girl she bullied in high school.

This type of unorthodox pairing has worked wonders for some soaps in the past like “real woman” Nancy Wesley (Patrika Darbo) and Craig Wesley (Kevin Spirtas) on Days of Our Lives. Perhaps GH is going to try something similar with Nathan and Amy. At least Amy wouldn’t ever abandon Nathan like Maxie has done.

Share your comments below on the coming Nathan and Maxie marriage implosion and Amy’s role in letting Nathan know the kind of woman he married and more about Maxie’s messy past. Tune into CDL often for the latest General Hospital spoilers, news and updates.