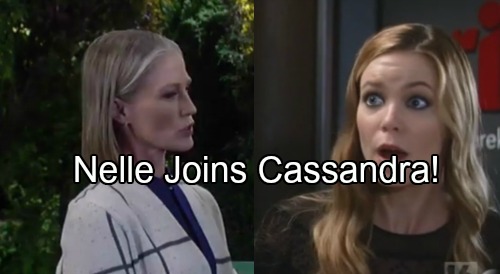 General Hospital (GH) spoilers tease that sinister schemes and dire desperation will bring two dark characters together. Of course, we are talking about Cassandra Pierce (Jessica Tuck) and Nelle Benson (Chloe Lanier). What does the future hold for these two?

Suddenly unemployed due to her hasty revenge tactic with Nina (Michelle Stafford), Nelle needs cash. It is hinted that Cassandra will sense this desperation and put it to work for her. She makes Nelle an offer she can’t refuse.

General Hospital spoilers suggest that Cassandra has Nelle eavesdropping. This would tie in with her overhearing a private conversation. She must learn some shocking information because she uses it to her advantage. Does this have anything to do with Valentin Cassadine (James Patrick Stuart) or his loved ones? 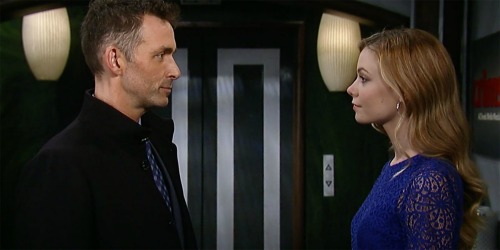 Nelle would jump at the chance to find any dirt on him. Their last encounter left Nelle humiliated and broke after her blackmail attempt failed. Due to her uncontrolled anger and hastiness, she also ended up getting herself fired. All she would need is one good morsel and in her mind, she would be set. At the same time, she could also get revenge.

However, Cassandra’s intent for Valentin goes in a completely different direction. If they are going to join forces, then Nelle will have to learn to take orders.

There is also the possibility that Cassandra will rope Nelle into the Jason/Drew mystery. It is a story that will affect nearly everyone in Port Charles. It will also involve a lot of history and many characters will be connected in some way. 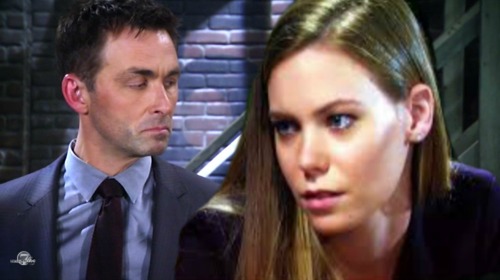 General Hospital spoilers reveal Cassandra may lead Nelle down a dark path that could include more than spying. Now that Michael (Chad Duell) is done with Nelle, she has spun into an angry, vengeful character. She isn’t hiding her dark side anymore. It doesn’t look like redemption is in her future.

Cassandra could use this to her advantage. She would just need to harness Nelle’s impulsiveness. If she can do that, then they could combine their dark natures and become a diabolical duo.

However, she might not be able to handle Cassandra’s caliber of evil. Despite them both being devious and determined to get what they want, they are in completely different leagues. Eventually, Nelle’s usefulness will run out or she will cross Cassandra. When that happens, Nelle will get the reality check of a lifetime.