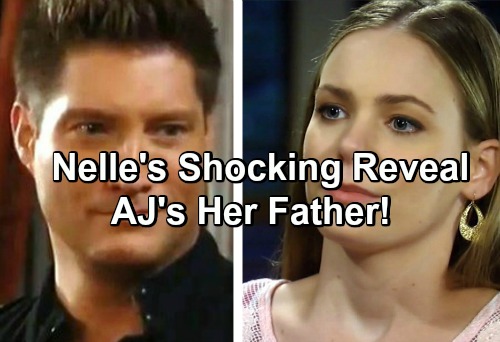 General Hospital (GH) spoilers have a shock in store for fans of the ABC soap. Recent events in Port Charles suggest fans have been going down the wrong path when it comes to who Nelle Hayes (Chloe Lanier) really is and her parentage. There has to be a reason she is pushing away Michael Corinthos (Chad Duell).

Nelle’s revenge plot had GH fans believe that Carly Corinthos (Laura Wright) is related to her in some way – yet new General Hospital buzz says in fact they aren’t related at all. The shocker is that her father could very well be AJ Quartermaine (Sean Kanan)!! Michael is Nelle’s half-brother since he is the product of Carly and AJ. 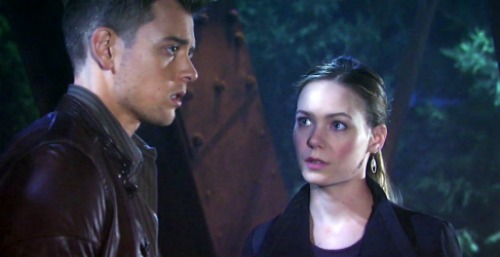 Let’s think about it for a moment, Nelle had no problem sharing a kiss with Morgan Corinthos (Bryan Craig) back in October 2016; so if her Mother or half-sister was Carly that would have been considered incestuous; a place General HospitaI had not gone yet.

GH fans are now asking why Nelle has so much hostility towards Carly (Laura Wright) and Sonny Corinthos (Maurice Benard); the answer is simple, her mother is none other than Julia Barrett (Crystal Carson), who had an affair with AJ Quartermaine in 1993. Now several things fall into place. First of all, Carly always hated AJ and made his life hell – even worse Sonny killed him! 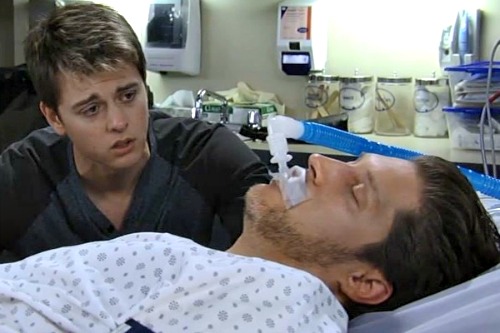 Jasper “Jax” Jacks (Ingo Rademacher) knew Julia quite well, in fact he brought her back to Port Charles as a surprise to his then fiance, Brenda Barrett, Julia’s youngest half-sister. This could entirely explain how Jax would have known where to find Nelle.

General Hospital has fans scratching their heads as to why Nelle would have such a vendetta against Sonny, including making it look like he cheated with her on Carly. This could be her mother’s attempt to seek justice for Sonny always returning to his love Carly after he had spurned her Aunt Brenda on several occasions; including leaving her at the altar. 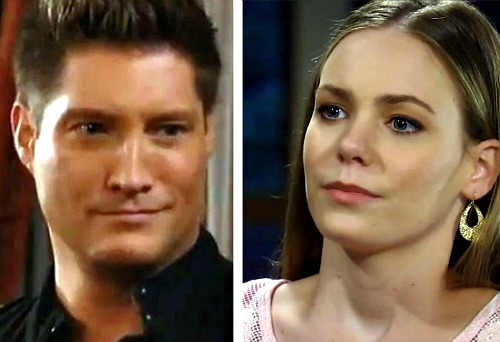 When the truth of Nelle’s paternity is revealed, the ripples will be felt by many in Port Charles. Any GH fan knows that Jason Morgan (Billy Miller) and Sonny Corinthos have had a great and unbreakable friendship for years, surviving more obstacles and hardships than most best friends; but how will Jason handle everything once he discovers the truth? 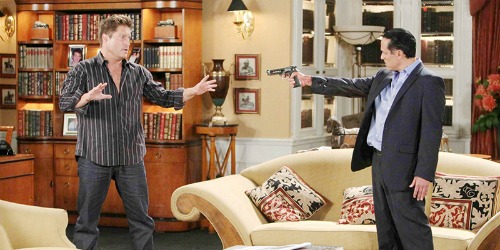 Be sure to tune into ABC’s General Hospital (GH) to catch up on every second of the reveal of Nelle’s parentage and the aftermath of the truth being exposed. Check CDL General Hospital spoilers often for updates and news!