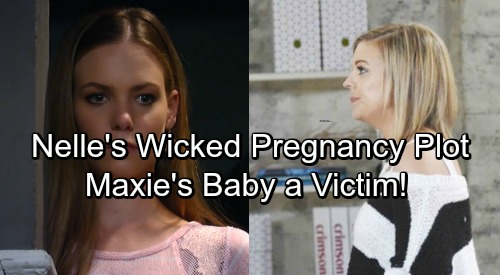 General Hospital (GH) spoilers tease that Nelle (Chloe Lanier) will hold out hope for a reunion with Michael (Chad Duell). She knows she really blew it with all her lies, but she’s desperate to get back together with Richie Rich. Nelle has spent her whole life struggling to get by and Michael is her best bet at a cushy future.

GH fans can expect Nelle to make some progress on next week’s new GH episodes, December 4-8. It looks like she’ll give Josslyn (Eden McCoy) a sweet Christmas gift, which may not be solely about manipulation. Nelle seems to care about Josslyn on some level. She’s still a self-centered character, but we have to give credit where credit is due. 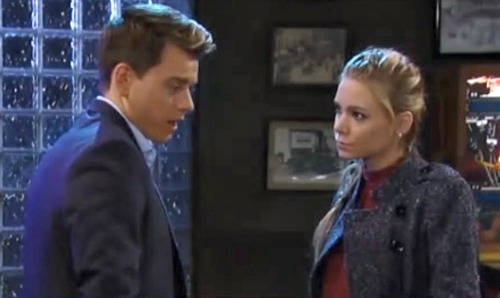 Of course, Nelle won’t mind if Josslyn puts in a good word for her. She’s aware of the strong bond between Joss and her brother. Michael will definitely appreciate Nelle’s thoughtfulness. Since she hasn’t been quite as pushy lately, Michael will wonder if he was a bit hasty in dumping Nelle.

Unfortunately, Nelle has another round of drama headed her way. General Hospital spoilers state that Lulu (Emme Rylan) will do some investigating. It appears she’ll learn Nelle was to blame for leaking the Ask Man Landers details.

Once Maxie (Kirsten Storms) gets updates, she’ll be furious. It’ll rev up her feud with Nelle and that could be important later. Lulu will also share this stunning news with Michael. He’ll be livid over Nelle’s latest plot, so a confrontation is brewing. Michael will probably plan to chew Nelle out and convince her to leave town.

That’s when Nelle will deliver an even bigger shocker. It sounds like Nelle will think fast and declare that she’s pregnant. Naturally, Michael will assume Nelle’s lying. He’ll most likely demand proof, but that should be a piece of cake for a schemer like Nelle. We have faith that she can keep her lie going for a while. 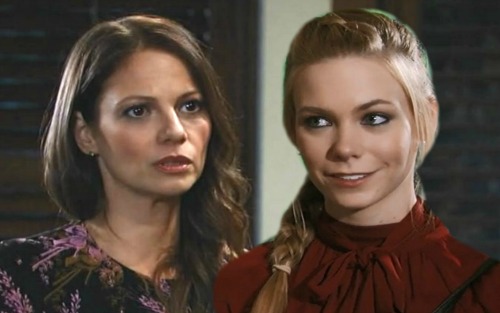 Kim (Tamara Braun) might join this storyline since she’s an OB-GYN. She could be forced to help Nelle fake a pregnancy. A dose of blackmail is all it takes to gain a reluctant ally in Port Charles. Maxie will be on Nelle’s bad side, so she’d better watch her back. She’s expecting, so that baby could be ripe for the taking down the road.

How long can Nelle keep this up? Will she try to steal Maxie’s infant and pass it off as her own? We’ll keep you posted as other General Hospital info comes in. Stick with ABC’s GH and don’t forget to check CDL often for the latest General Hospital spoilers, updates and news.