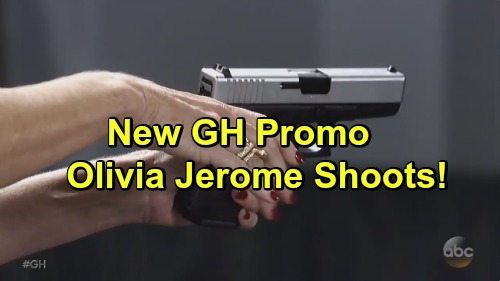 General Hospital (GH) spoilers from a new video promo reveal all of Olivia “Liv” Jerome’s (Tonja Walker) targets and we finally get to see everyone that she’s gunning for – and it looks like she’ll take a shot aimed at one or more of her enemies. The promo says Liv is holding a grudge “or six.” Here’s a look at everyone on her hit list, but who will take the bullet?

Julian is top on Liv’s mortal enemies list but since he survived the car bomb she planted and it killed Morgan Corinthos (Bryan Craig) instead, Liv has decided to use her little brother as her lap dog and let him live for now. But since other of Liv’s targets are his loved ones, will Julian stay in line and do what she says or put his life at risk trying to save others? 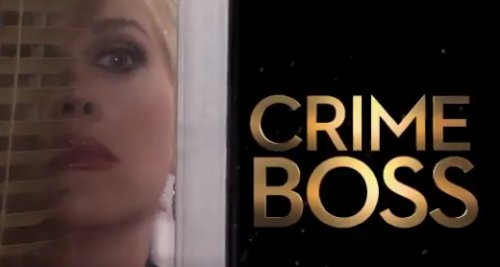 Anna has no idea her former rival for Duke Lavery (Ian Buchanan) is back from the dead and stirring trouble. Anna is suffering crippling headaches and she may have already fallen pretty to Liv’s revenge play against her. Has Anna been poisoned? She’ll seek medical attention soon and GH spoilers reveal that Anna and Liv will face off in person before February sweeps are over.

The former hit man has made himself a thorn in Liv’s side although he doesn’t even know she exists. Liv has tried to kill Jason twice already – once by ordering Julian to whack his son-in-law and the other time when she burned down the pawn shop with him and Curtis Ashford (Donnell Turner) inside. Will Jason be the one to face Liv’s gun for the trouble he’s caused? 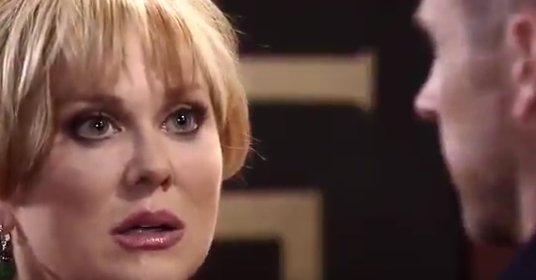 Mother and daughter are both on Liv’s list, but Alexis is just collateral damage because Liv hates Julian. Sam is the more active target since she’s a sore spot for both Julian and Jason and hurting Sam could strike hard at two of her most powerful and dangerous enemies. Spoilers persist that Liv will kidnap Sam and that event triggers early labor and a life-or-death crisis for Sam.

Sonny is a newer addition to Liv’s laundry list of hate since he wasn’t around back when she and her daddy Victor Jerome ruled Port Charles. Sonny was meant to be the fall guy when she blew up her brother but now he’s become an obstacle. He’ll be off house arrest this week and causing problems when he chases down the Jerome to blame for his son’s death. 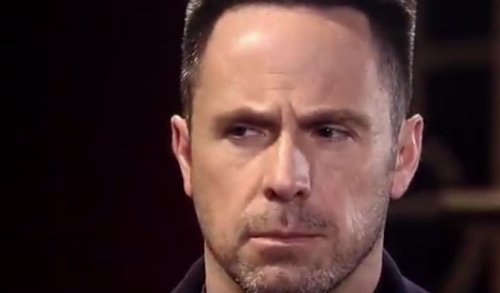 Liv wants to hurt everyone that Julian loves and that includes her little half-sister Ava. Julian and Ava are close and Liv hates anyone that has the family she was denied. Ava will prove to be a good substitute to take the blame as Morgan’s killer so that makes her Liv’s top target to set up and the fact that they’re blood relations does not matter. Liv won’t let family ties slow her down.

In the video promo, Liv says she’ll get what she wants and doesn’t care whose blood is spilled and she means it. The video also shows Liv taking aim with her gun, but who will she shoot? Will it be family? A former friend? Tonja Walker has hinted she may return to GH but has episodes airing through at least mid-March so that’s plenty of time for her to let her vengeance explode.

Share your comments below, watch the new video promo below and tune into CDL often for the latest General Hospital spoilers, news, and updates.

A grudge you say? Liv has many! The story continues on #GH @Tonjawalker pic.twitter.com/JWYUqtPogE