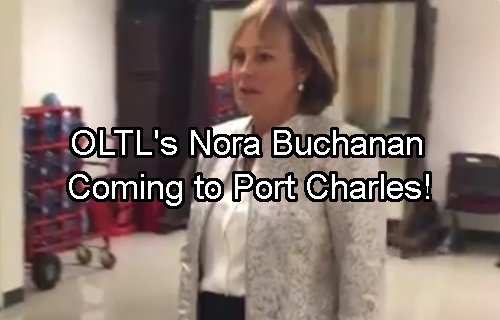 General Hospital (GH) spoilers straight from Frank Valentini reveal that GH is bringing a One Life to Live character to the ABC soap starting very soon. Frank shared a promo video on his Twitter timeline that should thrill OLTL and GH viewers alike.

In the video, you see Hillary B Smith who played lawyer Nora Hanen Buchanan on OLTL striding through the halls of GH. She is yelled at by a judge who calls her into her chambers. Hillary walks by Rebecca Budig and says “hi” which is fitting.

Perhaps GH was giving a hint that they also plan to bring back an All My Children character too since Budig starred on AMC as Greenlee Smythe. There have been several mentions lately about the new lady DA in Port Chuck and now we know why. 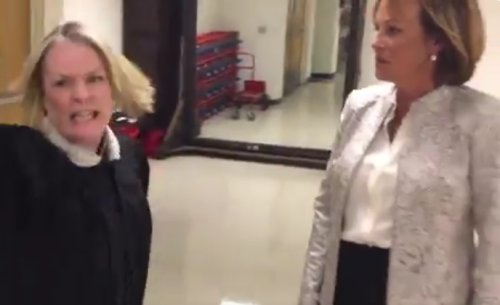 Jordan Ashford (Vinessa Antoine) mentioned her the other day to Curtis Ashford (Donnell Turner) and said “The new DA – she is just so hell-bent on convicting Sonny… I’m gonna have a hell of a time trying to talk her down.”

Now we know who the new ball buster in town is. This is exciting news for fans of OLTL who have been clamoring to see some of their favorite Llanview characters since the Prospect Park lawsuit was dismissed in early December.

Nathan Varni promised fans “we are actively discussing these matters on a daily basis” when asked about the characters. He also said “Any use of characters from AMC and OLTL would have to be done in the right way, a way that makes sense for the future stories of GH while respecting the characters and their development from OLTL and AMC.” 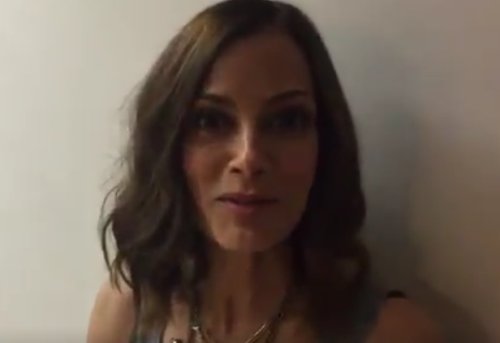 The introduction of Nora as the new Port Charles DA makes perfect sense for the GH storyline while respecting her Llanview roots. Let’s hope this is just the first of many characters that drift over into Port Charles from both Llanview and Pine Valley.

Are you excited OLTL fans? Maybe Nora Buchanan will be the DA that finally shuts down Port Charles mob bosses starting with Olivia Jerome (Tonja Walker)! Share your comments below and tune into CDL for the hottest General Hospital spoilers and news.