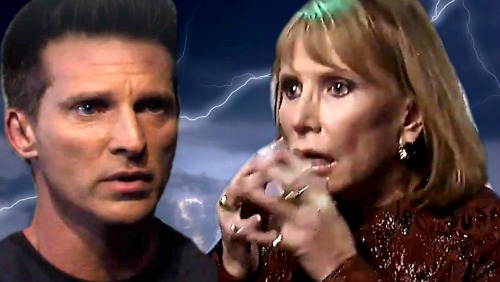 General Hospital (GH) spoilers tease that Dr. Klein’s (Gene Farber) thugs will carry out a dangerous plan. They’ll drug and kidnap Sam (Kelly Monaco) from the launch party, so Jason’s (Billy Miller) going to be a mess. Of course, Patient Six (Steve Burton) will be just as concerned for his love. He’ll take advantage of the chaos when he dares to show his face at the crazy bash.

Patient Six will run through the crowd as he hunts down Sam’s kidnappers. He’ll only be focused on getting Sam to safety. Several partygoers will catch a glimpse of Patient Six as he rushes past. They’ll notice that he looks an awful lot like the old Jason, but they’ll assume their minds are playing tricks on them. 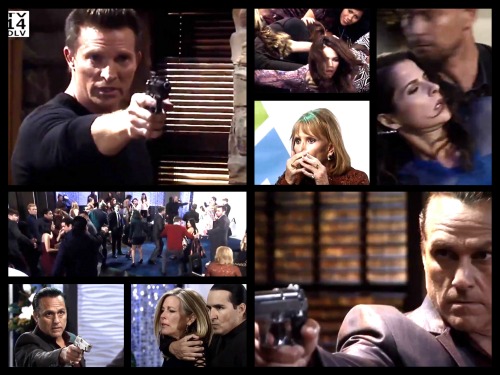 Monica (Leslie Charleson) will definitely see the resemblance, but she’ll stay silent about that when Miller’s Jason approaches her. General Hospital spoilers say Monica will simply reveal what she knows about Sam’s abduction. Nevertheless, the sight of classic Jason will leave Monica more than a bit rattled.

Dante (Dominic Zamprogna) will also fill Jason in on a crucial clue. He’ll note that the man who ran after Sam seems to be working for Sonny (Maurice Benard). GH spoilers state that Jason will think it’s great news. He’ll try to track Sonny down so he can find out who this guy is and hopefully locate Sam as well. 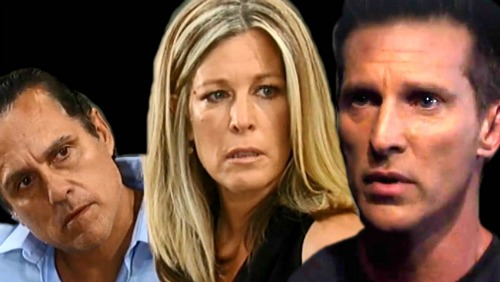 Meanwhile, Carly (Laura Wright) will wonder what in the world is going on. She’ll demand the truth from Sonny and he’ll finally admit that there’s been a mix-up. General Hospital spoilers say Sonny will tell Carly about his encounter with Patient Six. He’ll insist that Burton’s character has to be the real Jason Morgan.

Carly won’t be as convinced. She’ll feel like she needs to meet Patient Six before she can make that bold statement. Current Jason will join Sonny and Carly to get the scoop, but they won’t have a chance to explain. After Patient Six saves Sam, he’ll interrupt their discussion and cause more mayhem.

It sounds like some hot episodes are on the way. We’ll give you updates as other GH details emerge. Stay tuned to the ABC soap and don’t forget to check CDL often for the latest General Hospital spoilers, updates and news.