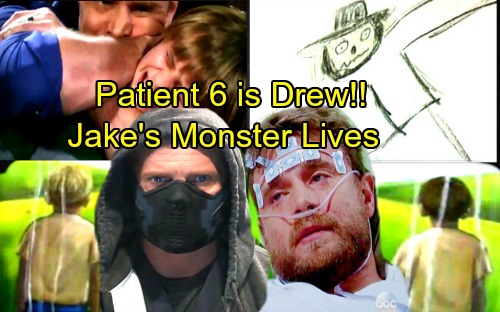 General Hospital (GH) spoilers have exposed who young Jake Webber’s (Hudson West) Cassadine Island scarecrow monster is – Patient 6 at the Baronski Clinic in Russia, now known as Andrew “Drew”, Jason Morgan’s (Billy Miller) twin brother. GH’s Franco Baldwin (Roger Howarth) has been struggling with his strange obsession with Jason Morgan and when Jake pointed out that his supposedly childhood imaginary friend looked identical to his father as a child.

Franco’s mind went into overdrive. He attempted to confront both his mother, Heather Webber (Robin Mattson) who turned him away, but fortunately his adopted mother, Betsy Frank (Deborah Strang) finally broke and revealed to him that his young friend was in fact a twin, not his twin, but a boy she raised as Franco’s brother.

General Hospital spoilers tease fans that Drew was in fact the monster or as Elizabeth Webber (Rebecca Herbst) and Franco referred to as the “scarecrow” that lived on Cassadine Island. It would also explain why Jake struggled with his fear of the “dangerous” man who looked identical to his father. Jake wasn’t seeing his Jason as the scarecrow like he thought, but his “uncle” instead. 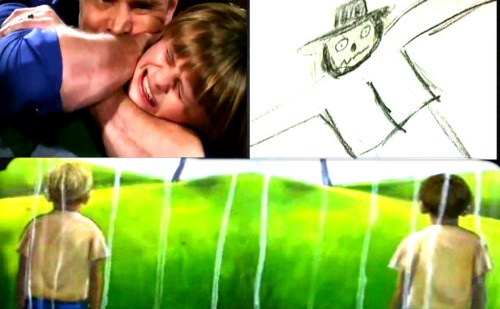 Heather Webber is known for committing some dastardly acts when it comes to babies and young children; remember this is the very woman who sold her own baby back in 1977, attempted to kidnap Danny Morgan (now-TK Weaver) on several occasions and with Betsy Frank confessing that she illegally adopted Franco and Drew – she would be the perfect accomplice to help Heather abduct baby Drew.

General Hospital spoilers reveal that Betsy didn’t come from money, and Heather would have known where Betsy was, she could have easily sold 3-year-old Drew to the highest bidder – Helena Cassadine (Constance Towers); so when Drew vanished from Franco’s life, it wasn’t because he was dead, it was because he was taken but Betsy couldn’t tell the authorities because legally she shouldn’t have had them in the first place.

This would explain Betsy’s nervousness and reluctance to tell Franco everything; there was something amiss and her fear of Heather and the truth is very obvious. Be sure to tune into ABC’s General Hospital (GH) to catch up on everything happening right now in and around Port Charles. Check CDL General Hospital spoilers often for updates, news, rumors and spoilers!